The president of Paul Simon Co. understands the art of cultivation

JON SIMON READS the newspaper every morning with his coffee—not on a screen, but the old-fashioned way, in print. “I’m probably not your typical Generation X [person] when it comes to the newspaper—I think most of my friends look at the news online,” he says. Maybe it’s a holdover from his days at Guilford College in Greensboro, when he was a sportswriter for the student newspaper, The Guilfordian, and an intern at The Charlotte Observer.

Not much is typical about the 41-year-old president of Paul Simon Co., the high-end clothing business his parents, Paul and Marcia Simon, started in Myers Park the year after his birth. Take, for example, his affinity for dirt. Four years ago, with no knowledge of gardening, he tracked down an expert who helped him build a raised bed and get started. Laughing at himself, Simon explains that he was motivated by his three children: “I thought it might be a good way to get them to eat their vegetables. Possibly.”

His good intentions have produced more than tomatoes, squash, and okra for his spacious south Charlotte kitchen. He’s discovered a passion that’s evident in other areas of his life: cultivating growth. That includes the family business, which is now located in SouthPark and has appeared on Esquire’s “Best of Class” list, and the Levine Jewish Community Center, of which he’s president. A social hub for the city’s Jewish population, the center has grown in membership, programming, and service in recent years, from cooking meals at the Ronald McDonald House to producing Shrek, The Musical.

“I love watching things grow and take form,” he says, “and watching people come together." 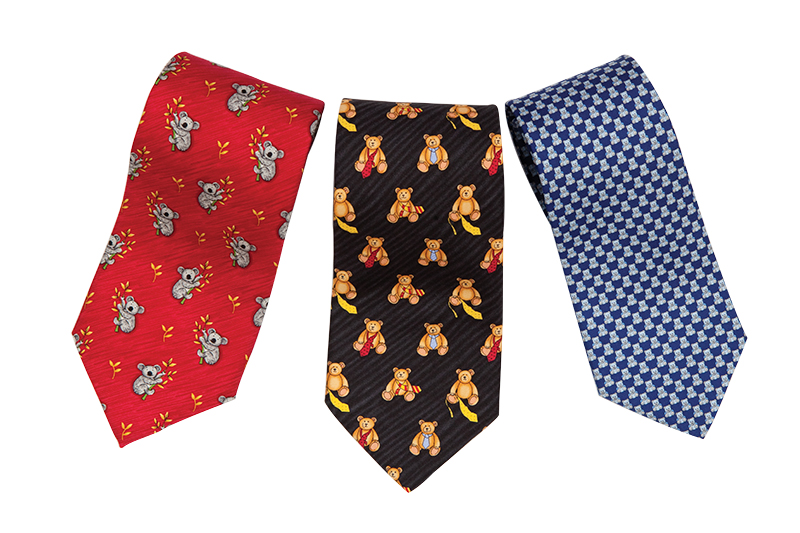 BIRTHDAY TIES // Simon wears a special tie for each of his children’s birthdays, a tradition that began when two ties by Robert Talbott—one black with teddy bears and the other red with koalas—weren’t sold by the end of the season at Paul Simon. Newly married, Simon set them aside, thinking he’d wear them one day when he had children. After his two daughters were born, and his wife Stephanie expected a son, he found a third tie in the Ferragamo showroom just right for a little boy: blue with tiny gray bears. 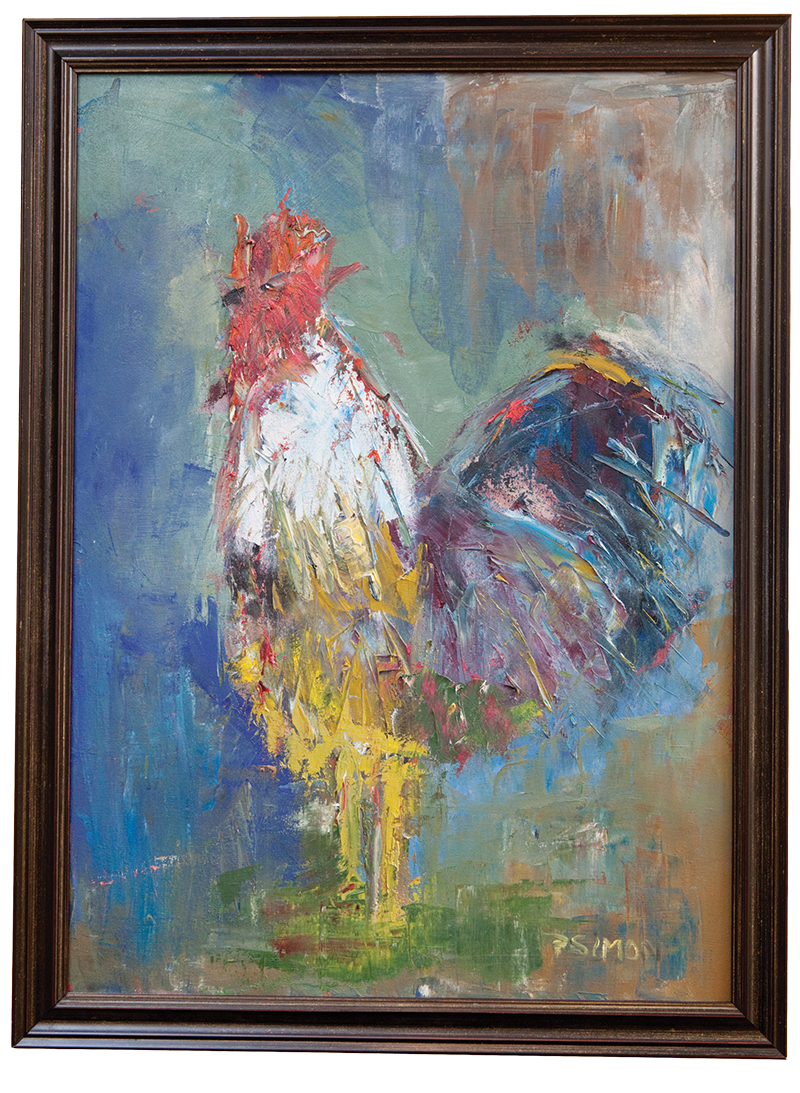 PAINTINGS // Clothing is an art form, so it’s no surprise that Jon Simon’s father, Paul, took up painting. His colorful landscapes decorate his son’s home and often feature barns. Simon enjoys a close relationship with his parents and works with his father daily in the men’s store. 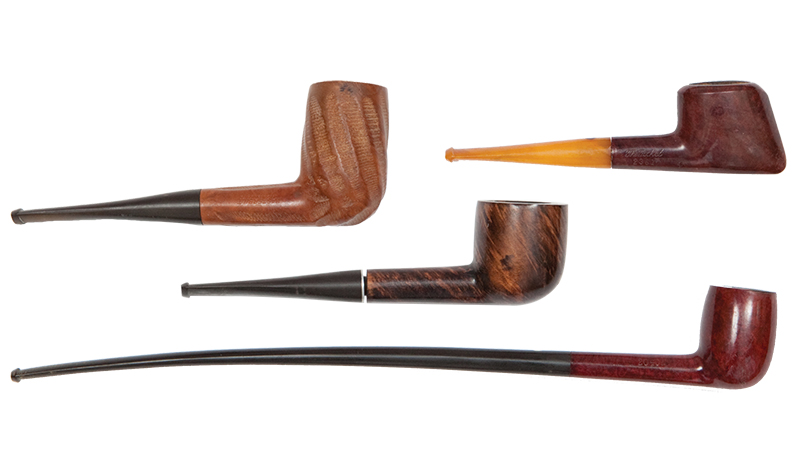 HERITAGE PIPES //  When Simon was a child and visited his grandfather in New York, the pleasant smell of pipe tobacco left an indelible impression. He inherited his grandfather’s collection of more than 60 pipes, including many with hand-carved, wooden bowls. The long stem pipe shown here is a churchwarden; it provides a cooler smoke because the smoke travels a greater distance up the stem. 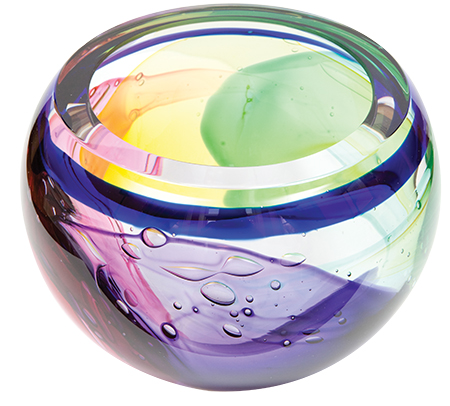 APPLEBAUM GLASS // This thick glass bowl with signature bubbles is the work of New York artist Leon Applebaum. Simon learned about Applebaum from his roommate at Guilford College—who happened to be the artist’s nephew. Simon’s wife presented the vessel as a 15th anniversary gift, and it holds center stage on the family room mantel. 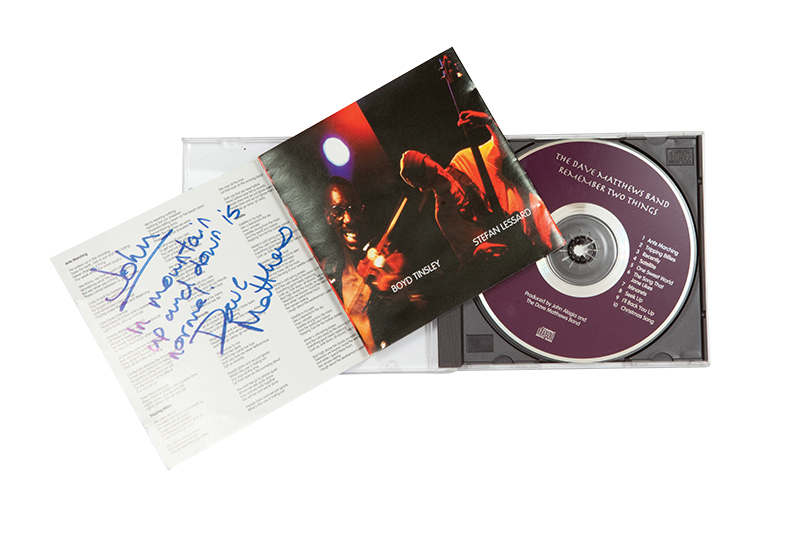 MUSIC // When Simon was a teenager in the 1990s, he went to the Record Exchange at Cotswold Village to buy a CD by little-known Virginia singer and guitarist Dave Matthews. To his surprise, Matthews was in the store, “hanging out with his guitar.” Simon bought Remember Two Things, the group’s first release, recorded live at a club on Nantucket Island. Matthews signed it on the spot.

This article appears in the February 2016 issue of Charlotte magazine.
Categories: In Print, Style