It's still possible to safely enjoy some of autumn's beloved activities

The 60-foot Halloween decoration in Elizabeth returns for its 16th birthday. Each year, residents line a towering shelf with gourds and typically add a positive, illuminated phrase like “Love” or “Earth.” Especially this year, people need that seasonal cheer. “(We) feel like as an entirely outdoor event it gives us a chance to safely pull off an event for our community that everyone can look forward to,” says John Short, co-organizer of Elizabeth Community Association and Charlotte magazine contributor. “Plus, the first one was during an election year, so we want to uphold that tradition.”

The wall debuted in 2004 as a private effort at 537 Lamar Ave., with the word “Kerry” lit to show support for that year’s Democratic Presidential nominee. In 2005, then-N.C. Senator and future Mayor Dan Clodfelter hosted the decoration in his front yard. Since the neighborhood association took over in 2013, the wall’s become less overtly partisan—although it can be fun to see the messages and faces that adorn the hundreds of jack o’lanterns that line the shelves.

This year’s word or phrase? Plans were still in the early stages as of press time, but here’s a suggestion with a double meaning for Halloween 2020: “Mask Up.”

A pumpkin patch guide for Charlotteans

> SEE OUR GUIDE TO APPLE-PICKING HERE 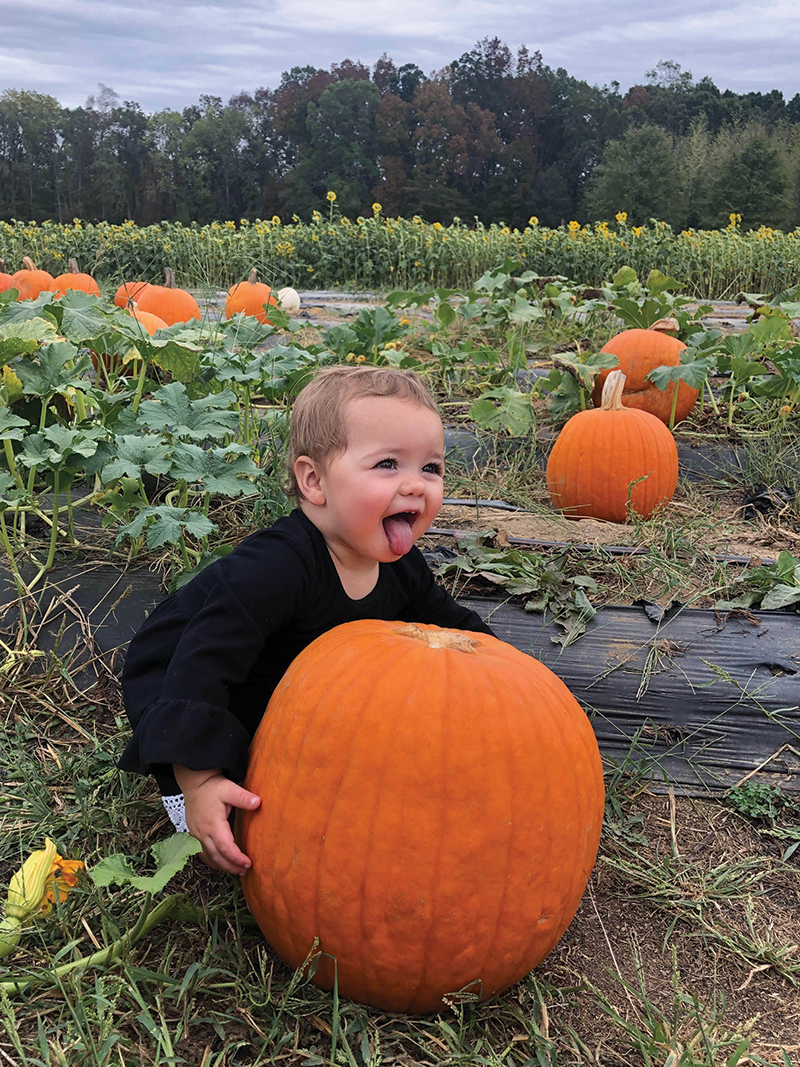 With ever-changing restrictions over the summer, area farms adopted “U-Pick” programs to let visitors who like to get their hands dirty stay safe. Below, we’ve rounded up sites that will stay open this season and intend to be your pumpkin providers:

Millstone Creeks Orchard
506 Parks Crossroad Church Rd., Ramseur
Tip: As you can tell by the name, this farm is also known for its apple fields. Fuel your pumpkin-pickin’ with Millstone’s beloved cider.

Bush-n-Vine Farm
1650 Filbert Hwy., York, S.C.
Tip: If you don’t want to risk bumping into a crowd, you can order ahead to get your pumpkins and still support the local farm.

You don’t need to venture far to see seasonal splendor 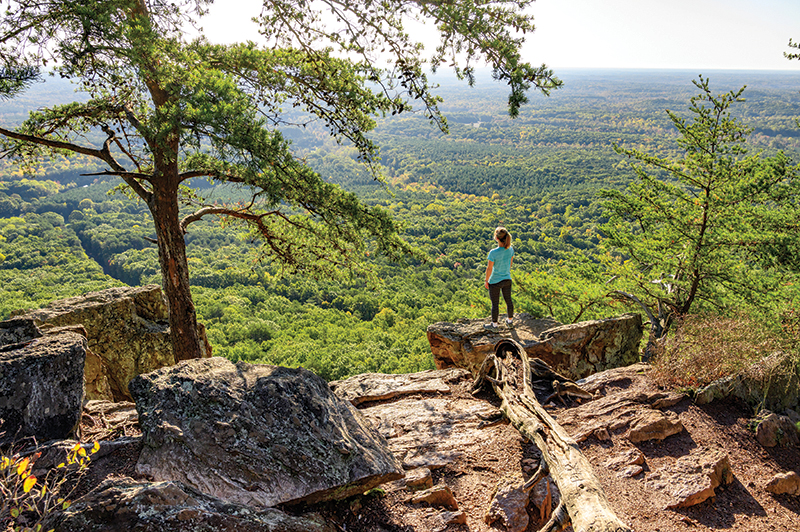 Crowders Mountain Drive
Length: 8 miles
Distance from Charlotte: 28.7 miles
Crowders Mountain State Park is a hotspot for climbers and hikers, and it’s impressive from the winding road that snakes through its peaks. The 5,210-acre state park is also worth its own visit, with more than 10 trails of varying degrees of difficulty. 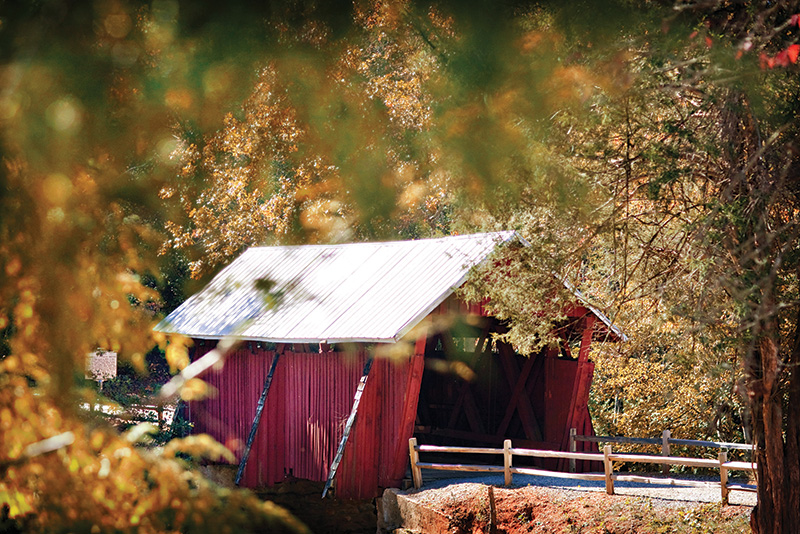 Campbell’s Covered Bridge is located about 3.5 miles off of SW Hwy. 11 in Landrum, South Carolina. It’s the only covered bridge remaining in the state. Courtesy of C2 Photography, Bill Russ. 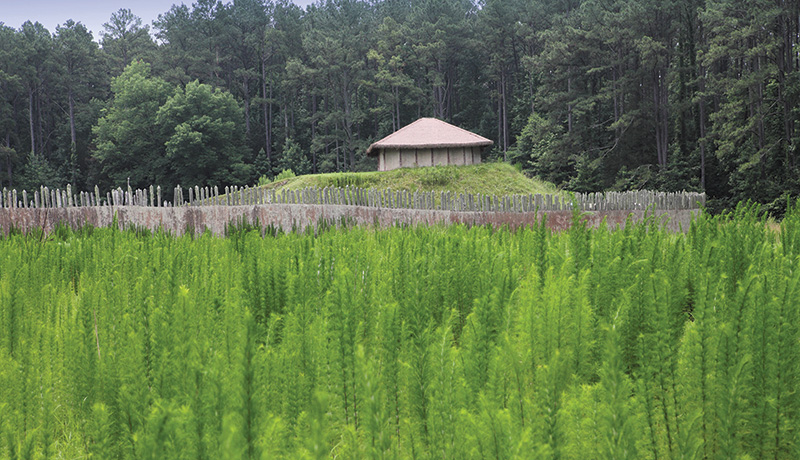 Indian Heritage Trail
Length: 18 miles
Distance from Charlotte: 56.9 miles
Aside from its charming fruit stands and small towns, this trail also leads to Indigenous archaeological and historical sites. The Town Creek Indian Mound in particular offers a window into the Pee Dee people who built it more than 400 years ago. 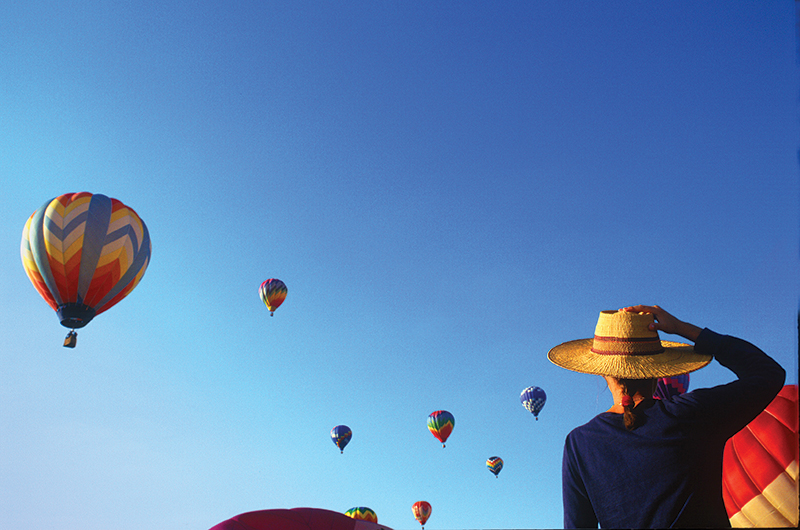 No crowds this year, but balloons will ascend again

For its 47th year, the Statesville festival eliminated public attendance, from technicians and pilots to the thousands who arrive to watch them soar each year. The nonprofit behind the festival, National Balloon Rally Charities, still plans to work with local pilots to make sure balloons ascend above Iredell County in October for a tribute event.

Details will be posted on the event’s site and social pages, so just keep looking up. 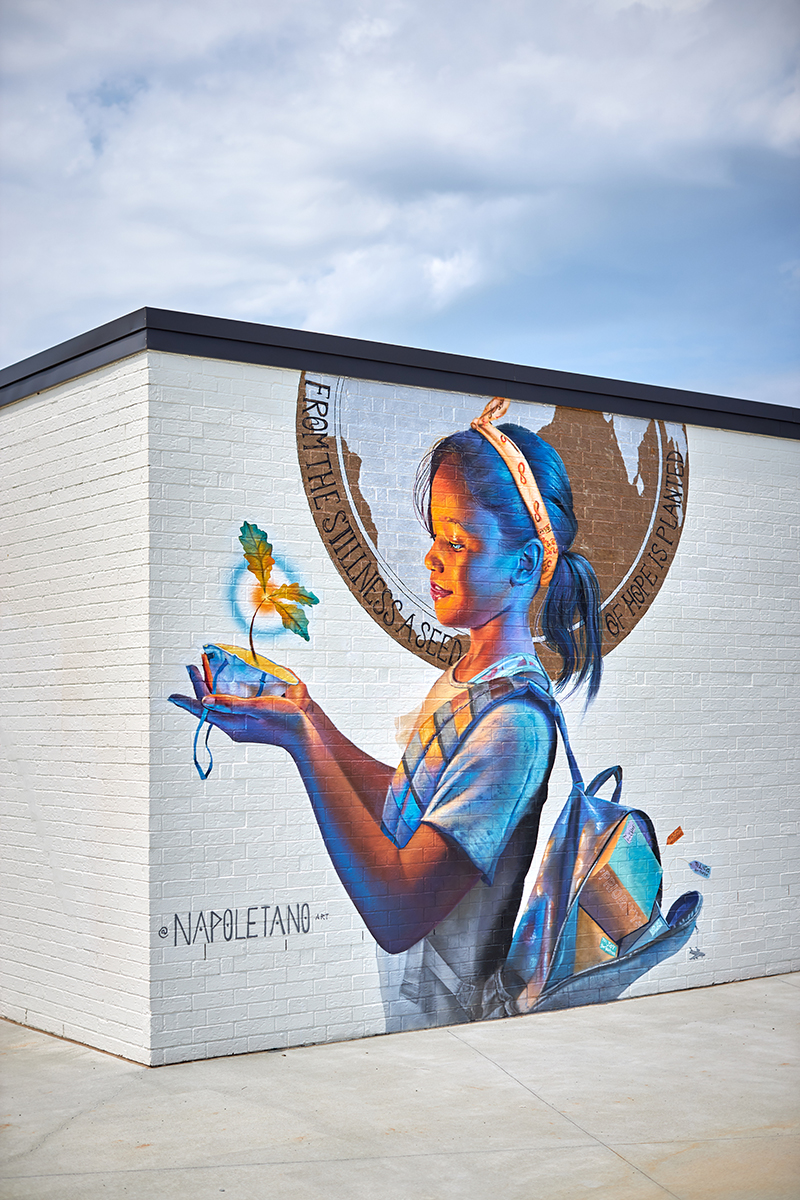 Several new murals were added to Charlotte walls (and roads) this year, like the above piece by Nick Napoletano in South End that honors hospitality workers. Its title: “From the stillness a seed of hope is planted.”

Charlotte's love affair with murals rages on with 15 new street murals funded by the City of Charlotte's Placemaking Program. It's perfect timing for all of us vacationing at home this summer.⁣ ⁣ In June, the City Placemaking team organized 14 artists and artist groups to paint street murals in neighborhoods across the city. Creatives selected from the program’s artist pool were asked to respond to the impact of COVID-19 on our community through creating a 15-foot, one-lane mural.⁣ ⁣ With the help of Charlotte photographer, Ernest Moren, we will share a closer look at 5 of these new street murals a week for the next three weeks. Enjoy these photos and then get out there (safely) and experience them yourselves!⁣ ⁣ To see the location of each mural, more pictures and statement’s from the artists about the project, use the link in our bio. 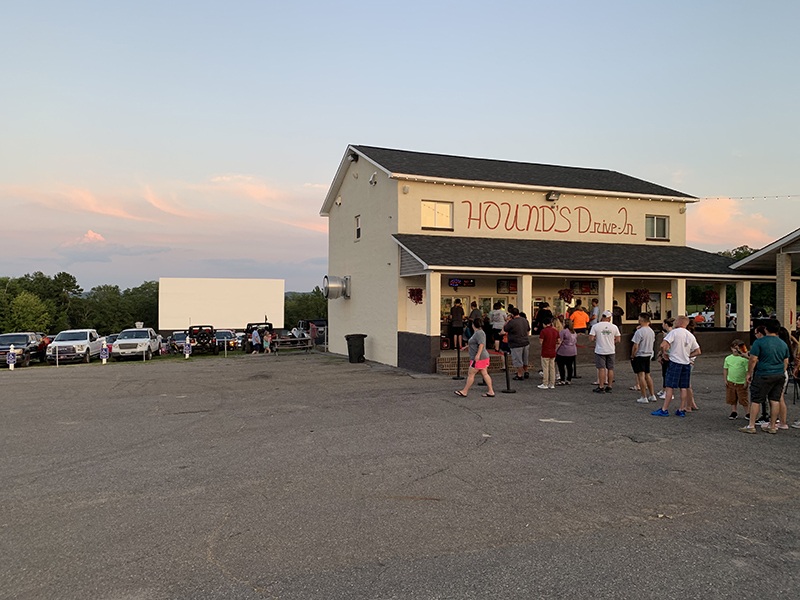 The drive-in movie theater inspires nostalgia, and three dwell within an hour’s drive of Charlotte. Screenings usually begin at dark, as is the drive-in theater way. Each theater rents radios so moviegoers don’t have to drain their car batteries during the show. (If you do, take heart: They have jumper cables, too.) Read about the spots below:

Hounds Drive-In Theater in Kings Mountain
Distance from uptown: 33 miles
This cash-only spot shows new films on two screens, with double features Friday through Sunday. Outside food and drinks are banned, but Hounds has a robust, affordable menu with popcorn, soda, and candy and heartier offerings like hamburgers, pizza, and hot dogs. Gates open at 6 p.m. 114 Raven Cir., Kings Mountain.

Sunset Drive-In Theatre in Shelby
Distance from uptown: 50 miles
Also cash-only, this spot is the cheapest of the bunch if your party includes at least two adults. Like Badin, they have concessions, but outside food is allowed. Shows run on Friday and Saturday. Gates open at 6:45 p.m.  3935 Sunset Blvd., Shelby.