News, notes, and gossip about the restaurant scene

Big Ben Burns and Rebuilds
Last Valentine’s Day proved tragic for fans of Big Ben Restaurant & Pub, when an electrical fire started in the bar and burned the building beyond repair. But owners David Harris and Paula Casey had no intentions of retiring. They plan to open a new Big Ben in Atherton Mill late this year. Patrons will be pleased to learn that they haven’t changed much: British brews like Old Speckled Hen and Smithwicks will be available alongside pub favorites such as fish and chips and a traditional British breakfast plate. The Union Jack flies once more.

Southern Food Times Two
This summer two new Southern food establishments opened their doors in Charlotte. In July, Creole’s Louisiana Kitchen began serving classic Cajun food at the Ballantyne Commons Shopping Center (15105 John J. Delaney Dr., 704-466-8899). Now you can satisfy your Cajun craving for a moderate price, with entrées ranging from $11 to $15. Offerings include muffalettas, po’ boys, and jambalaya, just to name a few. Then, in August, Brett McKee and Steve Palmer are slated to open 15 North on Montford Drive (1513 Montford Dr.). The two men already own 17 North Roadside Kitchen in Charleston, and 15 North has much in common with its South Carolinian sibling. Expect Southern fare like buttermilk fried chicken, crab fritters, and deviled eggs. 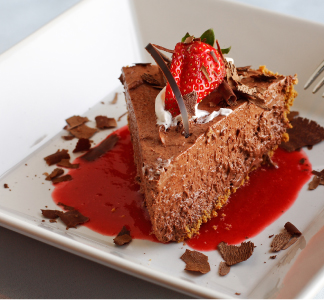 Former Panthers punter Tommy Barnhardt put a new company, Guiltless Pleasure Desserts, into the oven after being diagnosed with hypoglycemia late in his football career. The online company specializes in easy, do-it-yourself pies that are just 160 calories per slice and come loaded with fluffy fillings like milk chocolate and banana cream. You can order the sinless treats for $4.95 a box at guiltlesspleasuredesserts.com. —Annie Monjar

This article appears in the September 2010 issue of Charlotte magazine.
Categories: A La Carte