A Preview of Forchetta Italian Kitchen

Chef Luca Annunziata quietly opened forchetta earlier this month in the space formerly occupied by Caffe Siena, which is connected to The Holiday Inn Charlotte City Center. He’s using this soft opening to train his staff, organize the kitchen, and perfect his recipes. He’ll officially announce the grand opening when he returns from Italy in mid-July, but he offered Charlotte magazine a preview of his menu and a tour of the newly-renovated restaurant before he heads home to Naples for his annual family vacation. Here’s what we know so far about Chef Luca’s latest venture.

It’s been a year and a half in the making. forchetta (which means “fork” in Italian) now has a sleek, modern interior that’s more in line with uptown. “Siena didn’t have an identity—people thought we were just a coffee shop—we had no audience before,” Annunziata explains. “This was a 360 rebrand.” The restaurant has 70 seats, a private dining room for 18, and patio seating for 12 guests. He plans to use the dining room to host wine dinners and cooking classes as well. 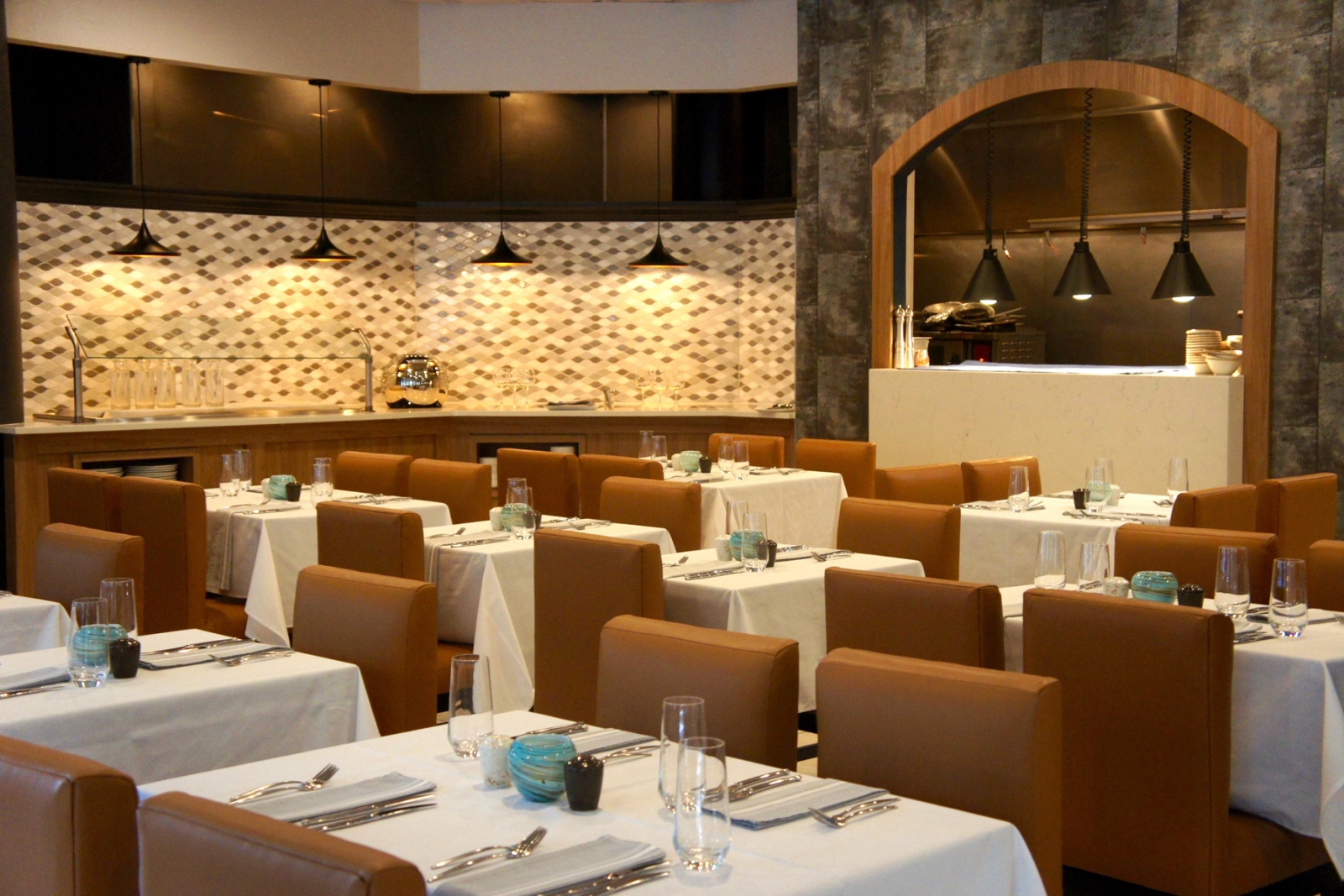 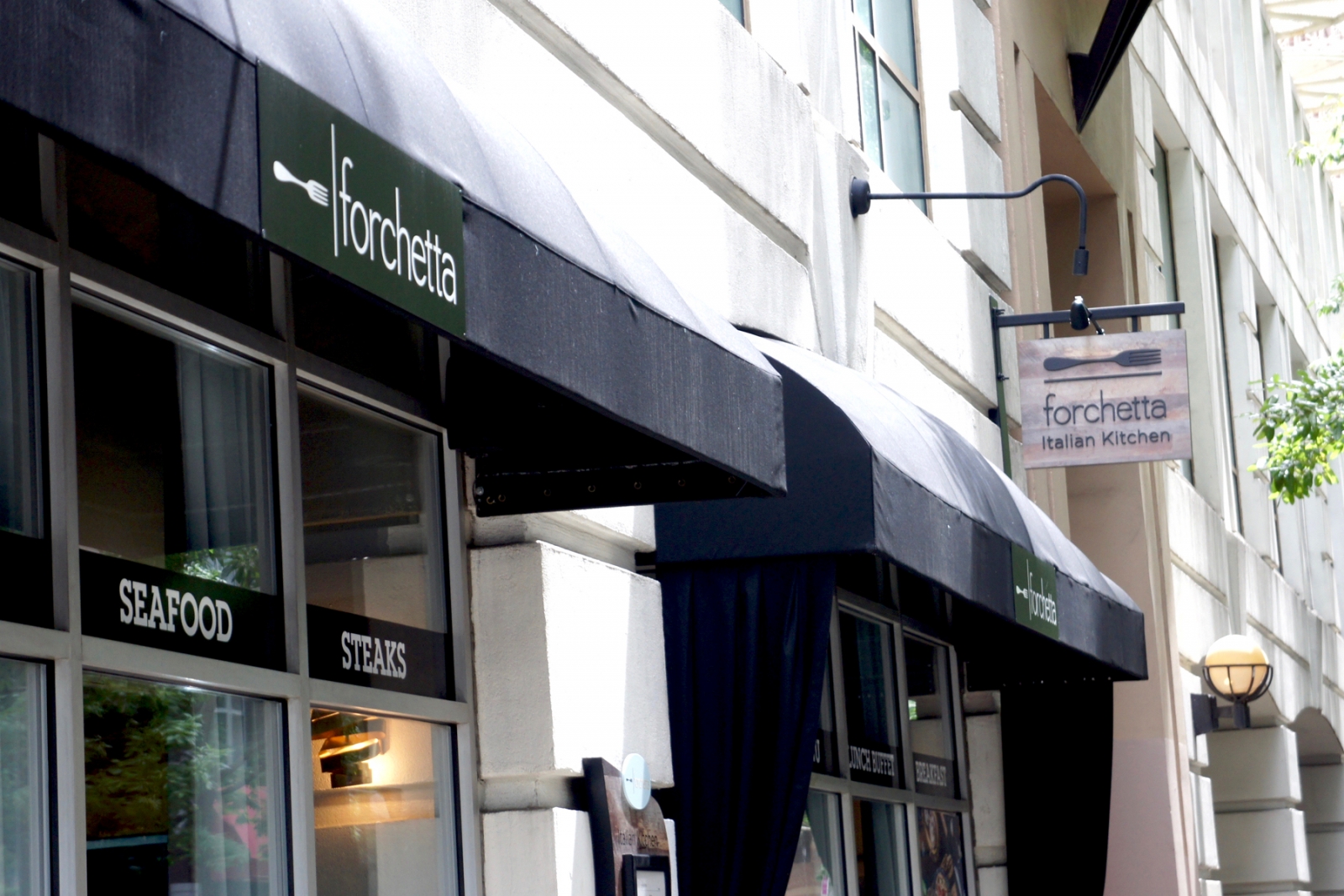 forchetta will be to The Holiday Inn what Stoke is to Marriott City Center. It’s a food destination for locals, and a culinary jackpot for out-of-towners expecting continental breakfast and mediocre bar food. The restaurant opens at 6:30 a.m. with a breakfast buffet for hotel guests, and offers lunch beginning at 11. Diners can opt for the express lunch, a cold buffet and four or five different salads, or sit down and order off the menu. Annunziata won’t close the restaurant between lunch and dinner, which stays open until 10 p.m.

His food is the real deal. “Charlotte has very Americanized Italian food,” Annunziata says. “If you have lasagna here, it’s like my mom made it. The carbonara is the same way you’d eat it in Rome.” His fagottini, which won Best of the Taste at this year’s Taste of Charlotte, is a crepe stuffed with mascarpone, parmesan, herbs, and lobster, and topped with vodka sauce. “Fagottini means ‘purse,’ and they look like little purses,” he says. 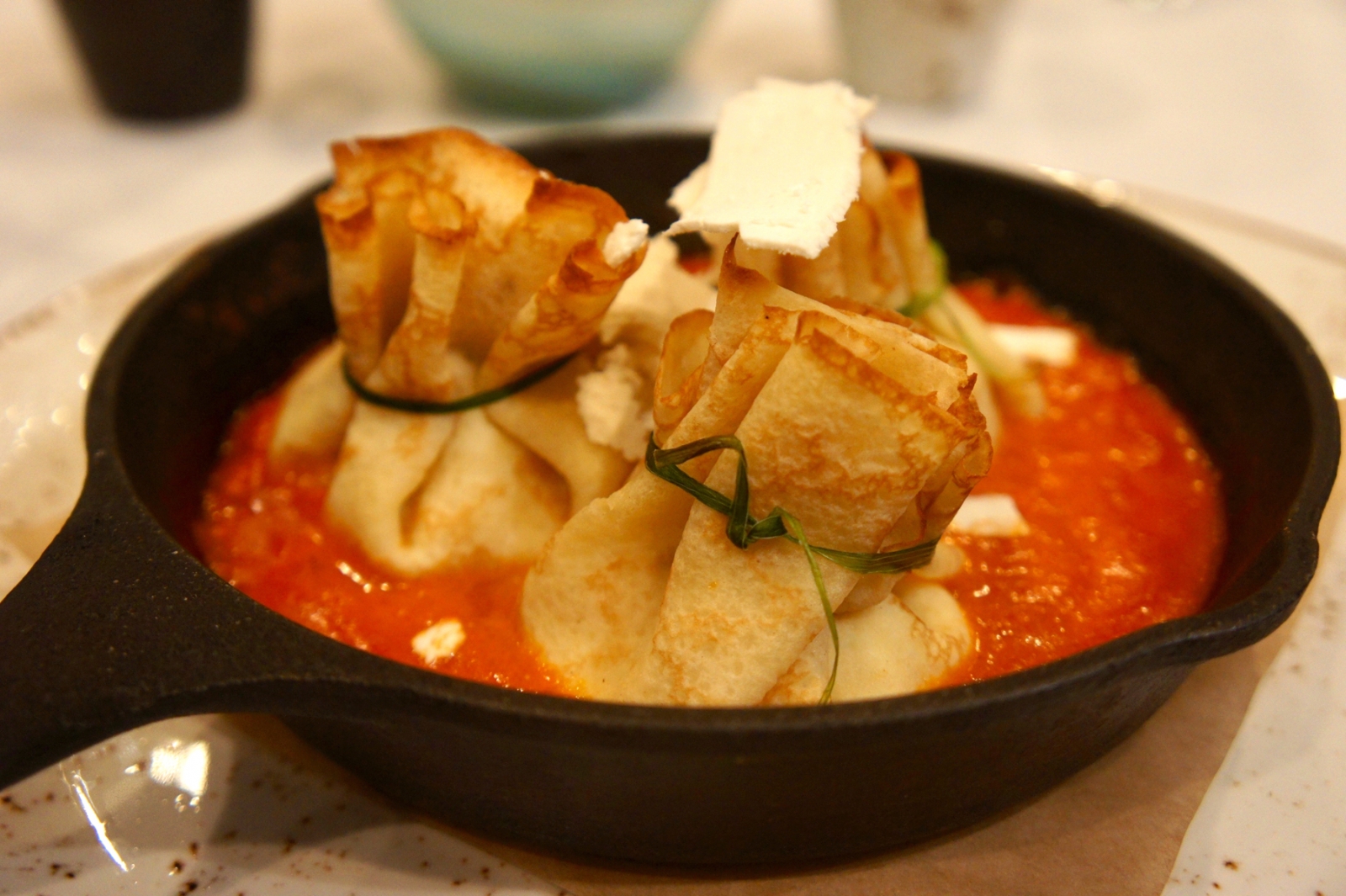 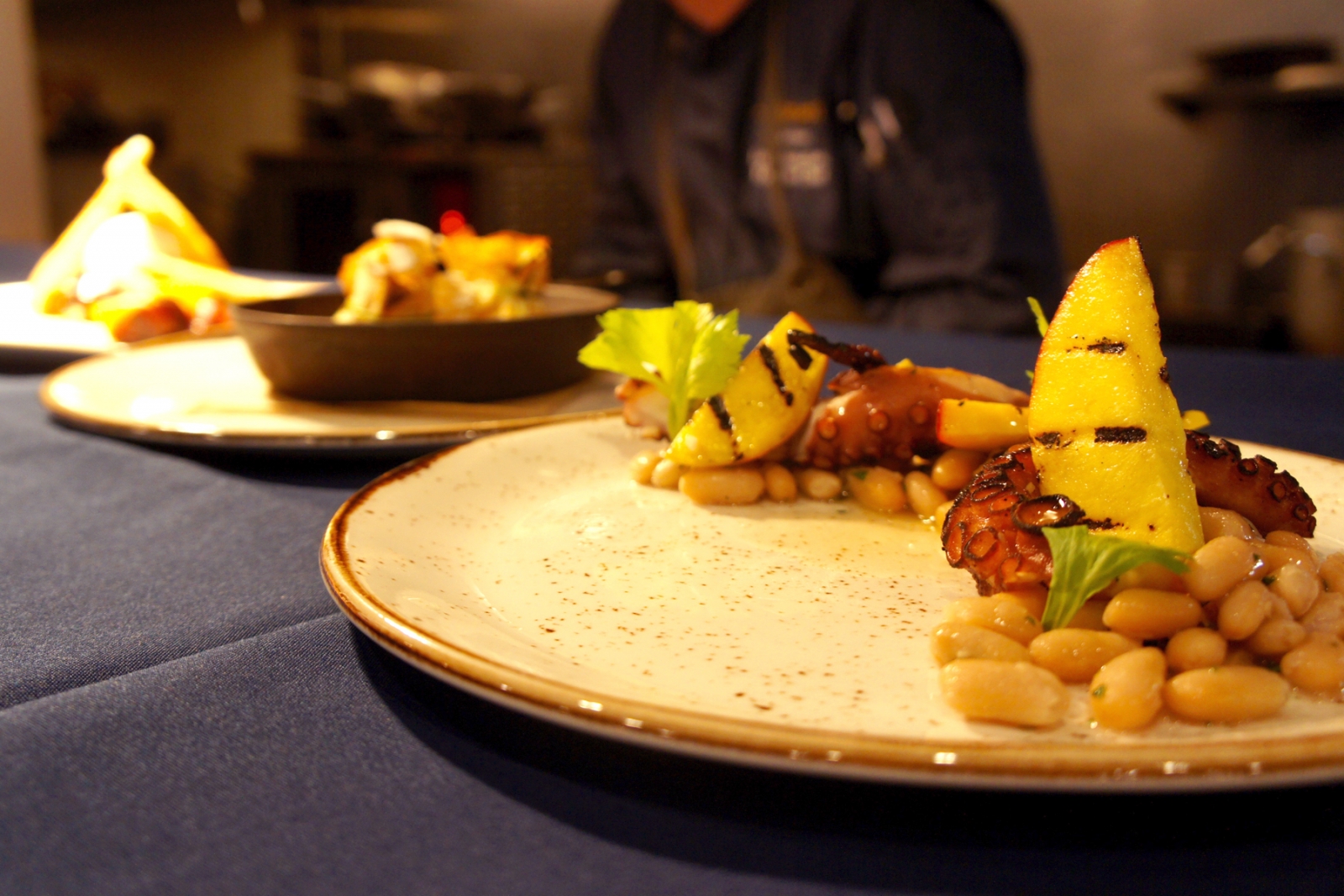 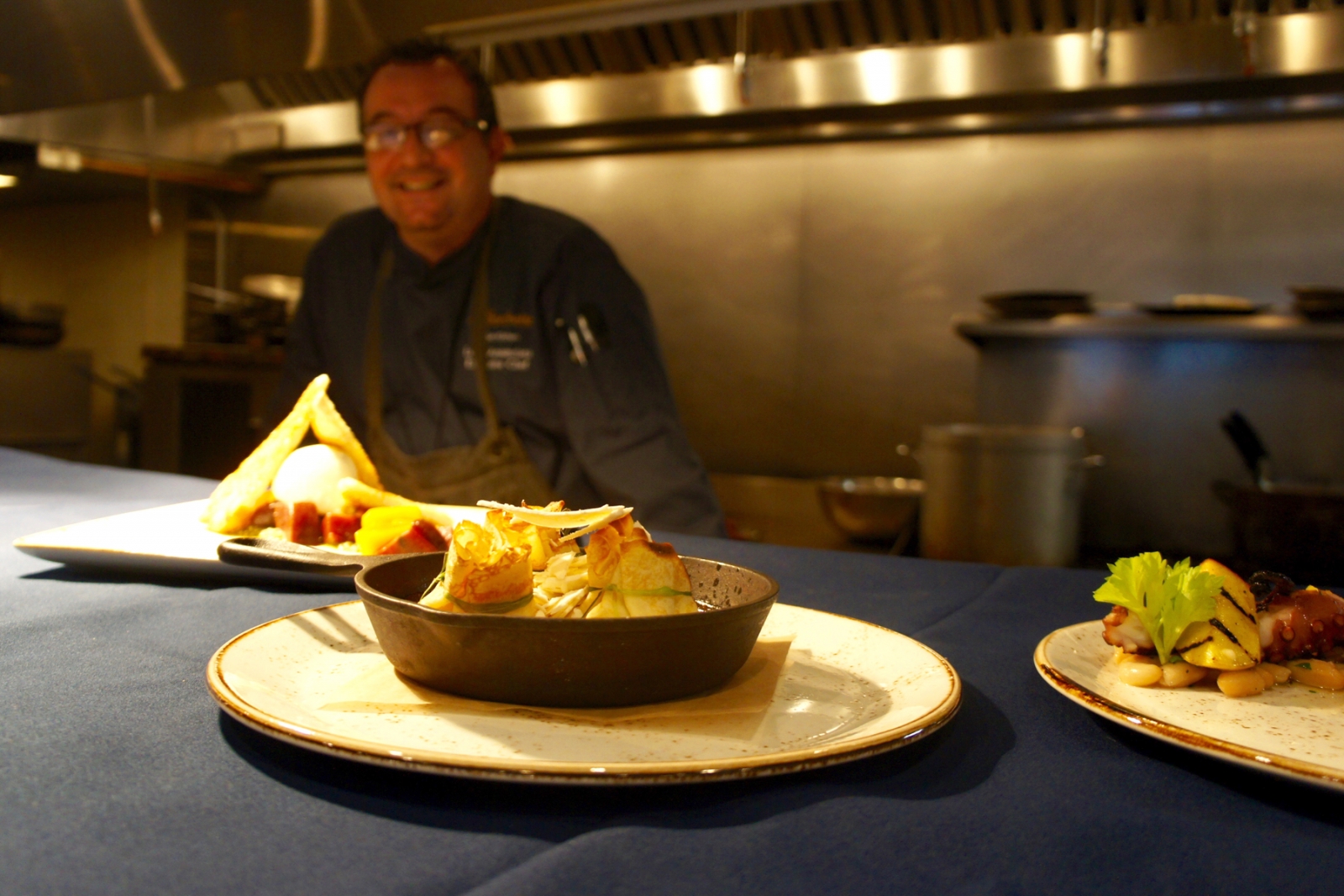 Elk, octopus, duck, and rabbit are all on the menu. Annunziata’s lamb meatballs won Taste of Charlotte in 2018, but you won’t find the Caffe Siena mainstay at forchetta. Instead, he’s reimagined them as elk meatballs, topped with a creamy tomato sauce, ricotta, and pine nuts. A few other menu items we got to preview include the burrata salad with roasted beets and grilled bread, and grilled octopus plated with grilled peaches, cannellini beans, and celery leaves. He says we can also expect rabbit Genovese, seared duck, and Italian sea bass on the dinner menu.

Dessert will be legit. Sous Chef Ashley Smith has a talent for pastries as well, so expect made-from-scratch breads and a dessert menu with items like tiramisu, flourless chocolate cake, and fruit crostata. Annunziata affectionately calls her a “beast” in the kitchen. “It’s usually all boys in the kitchen, but she’s the pack leader,” he says. We have no doubt she’ll keep the kitchen running smoothly until Annunziata’s return—and forchetta’s grand opening. 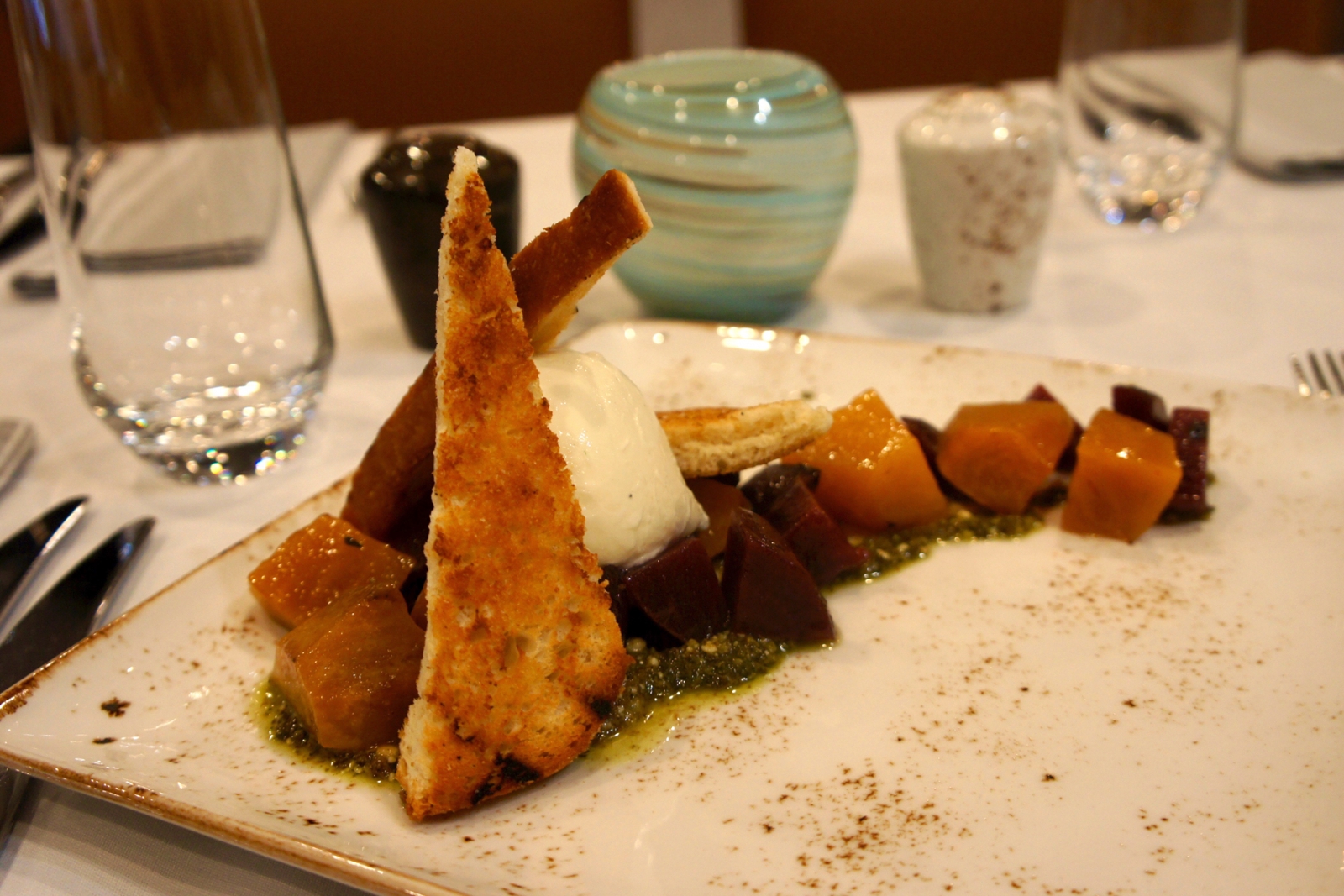 forchetta is located at 230 North College Street in uptown. The restaurant is currently in its soft opening phase. Look for a grand opening in mid-July.

This article appears in the July 2019 issue of Charlotte magazine.
Categories: Food + Drink