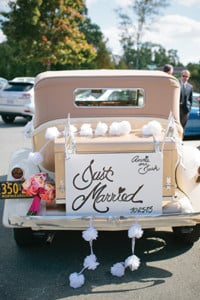 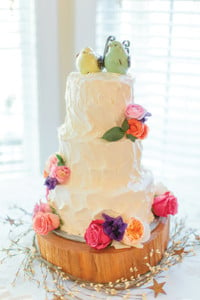 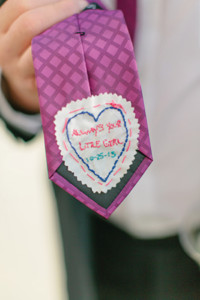 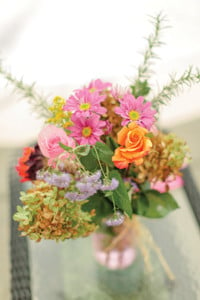 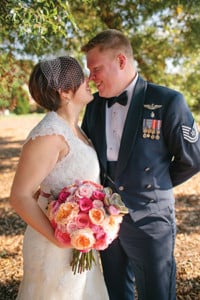 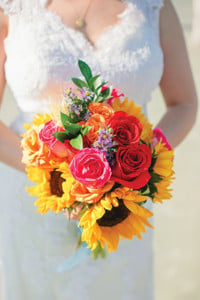 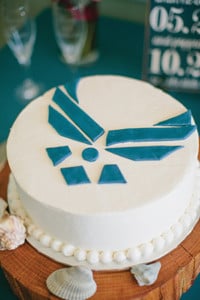 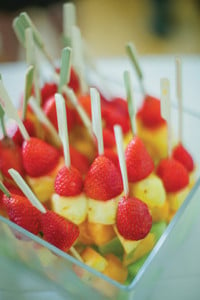 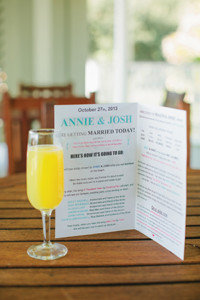 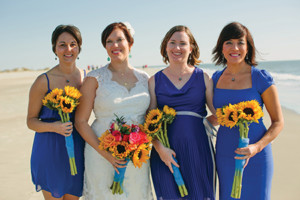 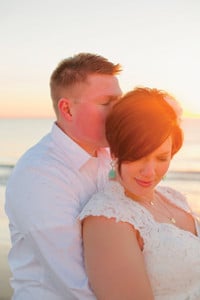 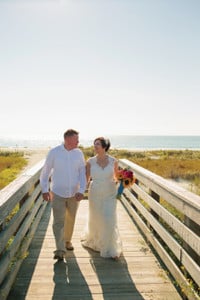 Annie Stephens, a chiropractor, and Josh Albertin, a combat flight medic in the Air Force Reserves, met online. Annie checked her messages one night, saw his picture, and said,“That’s him. That’s who I’ve been waiting for.” A year later, he won a contest to propose onstage with the Charlie Daniels Band in front of 40,000 people during a Memorial Day “Salute the Troops” concert.

“Josh and I had a bet over who would cry [during the ceremony],” Annie says. “I reached up and wiped the tears from his eyes during our vows.” The bride’s grandfather, who was 101 years old, wore a huge smile during Monsignor John McSweeney’s homily during the couple’s first ceremony at St. Matthew Catholic Church in Charlotte. For their second ceremony, on the beach in Charleston, South Carolina, vows were more off-the-cuff, with promises to be each other’s navigators—and a seashell blessing.

With a focus on the military, the bride chose pinks to pair with her husband’s dress blues. For the Charlotte ceremony, she added a pink silk ribbon to her Sottero and Midgley gown from Dar-Lynn’s Bridal, a two-piece organdy lace dress with cap sleeves over a satin sheath. For the seashore ceremony, she wore a crystal sash. Flower Diva designed flamboyant bouquets of peach ranunculus, coral roses, and pink tea roses with minty green succulents for the church service. At the Charleston reception, with mimosas, waffles, and ice cream by Charleston Café, guests watched as Annie and Josh danced to Kit Moore’s “Hey, Pretty Girl” before driving off in a 1931 Auburn sedan.