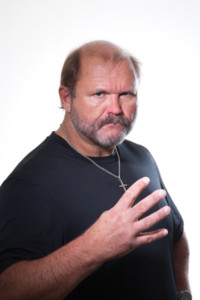 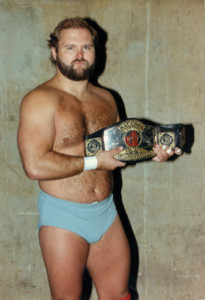 No faction in wrestling was bigger than the Four Hoursemen. But naming the original team of NWA title-wielding bad guys was no marketing strategy. It was either a fluke or pure luck on the part of the Horseman Arn Anderson. The biblical reference spilled from his lips during a twenty-second promotional interview with fellow Horeseman Ric Flair, Ole Anderson, and Tully Blanchard.

"When the promo was over, [announcer] Tony Schiavone said, 'You just named that group of guys1'" remembers Arn Anderson, who at fifty-one is still almost as tan and stocky as was in the ring, although glasses and thinning hair hint at his age.

Anderson's fascination with wrestling began as an eight-year-old growing up in the sleepy town of Rome, Georgia. "That's the only thing that ever grabbed my attention. Being a fireman or policeman never grabbed me, but the first time I saw wrestling I was hooked."

His wrestling career began in Florida in 1982. It was there that he met best friend Ric Flair. He worked for Southeastern Championship Wrestling, the NWA, WWF, and WCW. He retired from the ring in 1997 after breaking his neck for a third time. "My left hand just shut down," says Anderson, whose real name is Martin Lunde.

Anderson has worked in the business ever since, and today he's a television producer for WWE's flagship series, Raw. He occasionally appears on air when Flair is involved or along- side fellow old-timers like Ted DiBiase and Ricky "The Dragon" Steamboat. Off screen he oversees live shows and television production, sometimes stepping in the ring to work out spots with wrestlers and tweaking story lines to make them more ring friendly.

His passion for the sport is apparent, though he cherishes time at home behind his Weber grill, kicking field goals with his son Brock, thir- teen, or dining out with his wife, Erin, Brock, and other son Barrett, twenty-four.

His production work keeps him on the road five days a week. "There are only two times I really miss [the ring]," he says. "When I see a couple guys from my era, like Shawn Michaels and Triple H and Kane and the Undertaker, duking it out and it's done really well, I really miss it. And when it's done not so well I wish I could be in there to help fix it."

Arn Anderson, an original member of NWA bad guys the Four Horsemen, retired from the ring in 1997 after breaking his neck for a third time.