BEER TRAVEL: Richmond By the Crowler

How did Virginia’s capital transform into the East Coast’s craft beer flagship city? Here’s The Answer

Find the latest COVID regulations and restrictions for Virginia here.

THE ANSWER, a brewpub on a lonesome stretch of highway in northwest Richmond, officially closes at midnight on weekdays. It is past midnight. We are still drinking. The late night crew has assembled for its usual Thursday gathering, which breaks up at an indeterminate hour early Friday morning. Half-full crowlers and pint glasses litter the patio tables.

Earlier, a pair of tourism authority reps advised me to meet up with Mike Gorman, a 42-year-old native of and evangelist for Richmond, National Park Service ranger for the Richmond National Battlefield Park, and organizer of local beer and history tours. He’s a regular at these Thursday night beerathons. I arrive at 9:30 p.m., not knowing if I’ll run into him. An hour later, on the patio, I hear a booming voice and a reference to his name. “Hey,” I call to a stocky fellow sitting nearby. He wears the cap of the now-defunct triple-A Richmond Braves. “You Mike Gorman?”

He is. This is typical of Richmond, a city of about 225,000, big enough to support one of the East Coast’s fastest-growing food and craft beer scenes but small enough to enable a face-to-face encounter with a guy I’ve heard about but never met. Gorman is an enthusiast—about history, about theatre, about his hometown. “Right now, it is happening,” he tells me. “Food, beer, wine, mead—shit, I mean, what do you want? It’s here!”

It’s been only since 2012, when the Virginia legislature passed a law that allowed on-premises sale and consumption at breweries, that Richmond has transformed into what Fortune magazine last year referred to as “the new craft beer mecca of the American South.” The phenomenon has given rise to more than 30 independent breweries and turned a decaying industrial section of Richmond called Scott’s Addition into a brewery-rich neighborhood akin to our South End. But The Answer, three miles up West Broad Street and near no other brewery, is “the beating heart” of the beer scene, Gorman says, mainly because of a 46-year-old Vietnamese immigrant named An Bui.

At the moment, Bui is upstairs—“hiding,” Gorman says—but he eventually comes down to talk. He explains that he opened a Vietnamese restaurant named Mekong in 1995 and experimented with wine pairings. A couple of years in, he realized they weren’t pairing well. “At that point, I said, ‘You know what? Let’s try beer, ’cause I kind of know something about beer,’” he tells me as he nurses a cigar. “Back then, it was literally a beer desert.”

Mekong began to stock fancy, $7.50-per-bottle German and Belgian beers, and before long Gorman and other beer geeks were congregating at Mekong and downing whatever Bui uncapped and set before them. Their names dot the current roster of Richmond brewery owners. “I see guys who make great beer,” Bui says, “I tell them, ‘Dude, you need to open a brewery.’”

In 2014, so did Bui. He founded The Answer (An-swer, get it?) in an old nightclub next door to the restaurant. It’s won multiple regional and national awards, including one this spring, when The Answer routed 31 competitors to win a USA Today voters’ contest to determine the best craft brewery in the country.

As we push toward 1:30 a.m., the after-hours posse has dwindled to a handful of die-hards. Bui has set me up with five 32-ounce crowlers, including a stout, a double IPA, a triple IPA, and God knows what else. They sag in black plastic bags. I’m done. Before I leave, I thank Bui for his hospitality and notice the relative paucity of what’s in his hand. “What’re you drinking?” I ask. 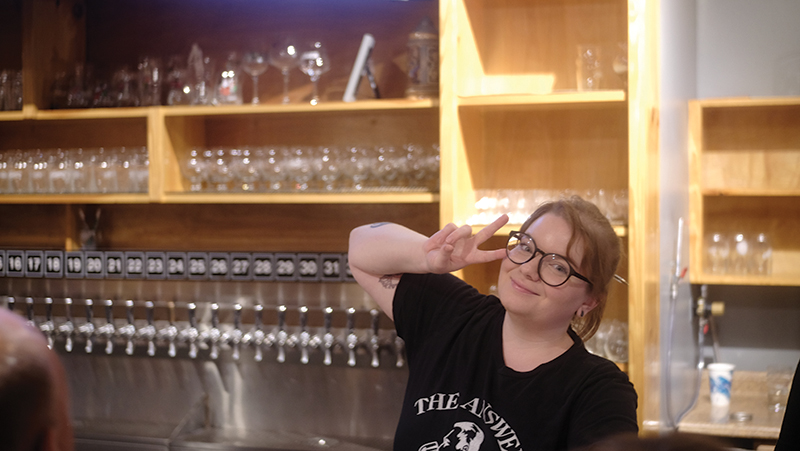 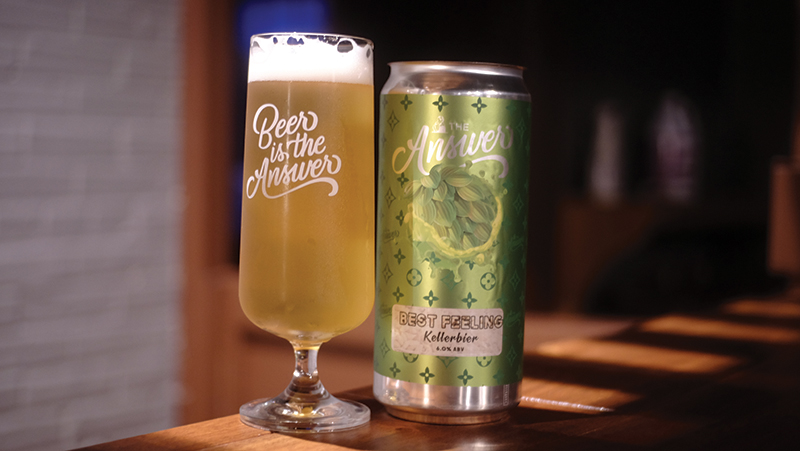 The American Civil War Museum at Historic Tredegar​
Richmond was the capital of the Confederacy, and visitors can explore a museum that examines the Civil War’s legacy in an old iron works that traces its roots back to 1836. The museum shares its nine-acre site with the Richmond National Battlefield Park visitor center, which guides explorations of the battlefield’s 13 sites over 80 miles. 500 Tredegar St.

Virginia Capital Trail
The 52-mile, paved pedestrian and bicycle trail connects Jamestown and Richmond, the past and present state capitals, along the scenic Route 5 corridor, one of the first inland routes in North America. Visitors can take bike tours or rent bikes themselves. 200 S. Third St.

The Roosevelt
Housed in a turn-of-the-last-century building in Richmond’s oldest neighborhood, Church Hill, this celebrated new Southern restaurant with Virginia wines, an extensive selection of regional beers, and a widely praised cocktail menu has earned three James Beard nominations and made numerous “best of” lists since its opening in 2011. 623 N. 25th St.

McLean’s Restaurant
It’s a classic old-style Southern breakfast-and-lunch spot that refers to its food as “grub” and serves what it calls the BBIT, the Biggest Breakfast In Town. Any questions? 3205 W. Broad St.

The Graduate
It’s the Richmond spot on the roster of a 15-location (with 11 more planned) boutique hotel chain, developed for college towns, that aims for a kind of punk-chic luxury; the print of an old fIREHOSE concert poster on the wall of my room tickled the circa-1990 indie rocker that still occupies a tiny piece of my soul. Good restaurant and superb rooftop bar with lots of local beers on tap and panoramic views of nearby downtown and Virginia Commonwealth University. 301 W. Franklin St.

A Multi-Generational Travel Guide for Charlotteans: 2022

Where to Get Brunch in Charlotte: 2022