THE ARTS & SCIENCE COUNCIL’S ArtPop series is hard to miss. Its giant, vivid creations— from oil paintings to pictures of glass beads— appear on billboards around the region. Here, we introduce you to four of the 20 artists whose work was selected for the series. 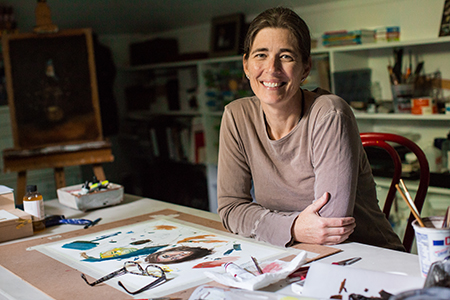 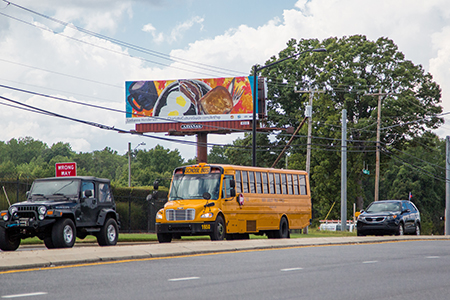 Your billboard has appeared: In the Oakdale area east of Brookshire Boulevard

Why does Charlotte need public art? “We are connected to one another by the stories—told and untold—that unfold through our interactions [and] our experiences with other people and with the places in which we live, work, and play. Art reminds us, in spite of the business of our lives, our souls have things to say.”

What’s the strangest thing you’ve ever been asked to make? “It wasn’t so much strange as it was fun. This year, I illustrated the annual meeting presentation for the Arts & Science Council in the style of a children’s picture book.” 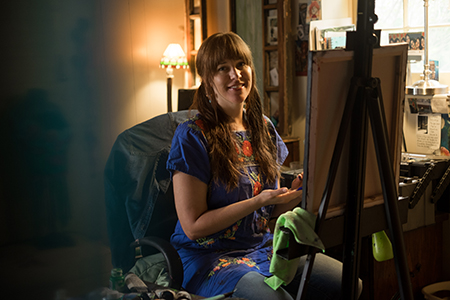 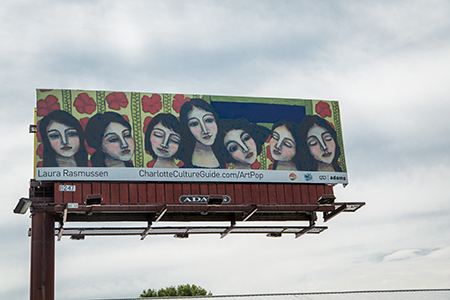 Specialty: “Acrylic paint, collage, and gold leafing are some of the tools I use. Also, I paint with my fingers.”

Your billboard has appeared: On Brookshire Boulevard near the water treatment plant

Why does Charlotte need public art? “Almost like an adolescent, Charlotte is in the process of becoming, creating, growing into whatever it will be for years to come. We, as a community, are writing its legacy. There are so many great things about this city: a beautiful skyline; strong economy; a growing, educated, and professional population; national sports teams; and an easy travel destination and hub. The list goes on. Balance is the key. We would be remiss not to include a strong, creative presence.” 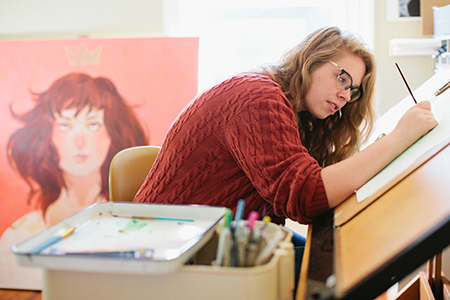 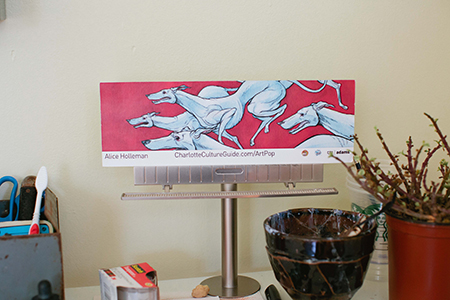 Your billboard has appeared: Where North Sharon Amity Road crosses the railroad tracks in east Charlotte

Why you became an artist: “I’ve been drawing since I was a kid. Being an artist was the only thing that ever felt right.”

What’s the strangest thing you’ve ever been asked to make? “I was commissioned once by a musician to paint a dragon on her cello case. It turned out to be this great, big menacing purple dragon that we nicknamed ‘Detective,’ as it would always be ‘on the case.’ ” 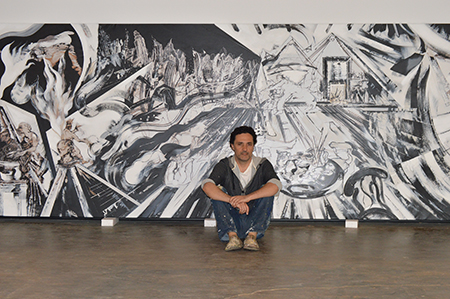 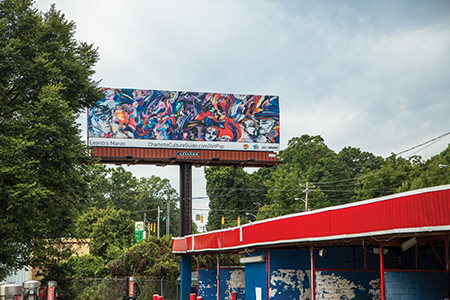 Specialty: “For now, I’m dedicated to painting and drawing.”

Your billboard has appeared: On The Plaza at East Sugar Creek Road

Why you became an artist: “Like all kids, I always drew, and one day I realized that I was still doing it and was no longer a child. I never decided to be an artist, but my concern was [what] I was going to do to survive. My father took my work to a painting contest, and I came out a winner without anyone knowing I was 13.”

Why does Charlotte need public art? “It [allows] people who normally do not attend museums or art galleries to have access to [and] appreciate a work of art, and this can wake up the sensitivity in them.”

This article appears in the November 2015 issue of Charlotte magazine.
Categories: Arts + Culture, By Jared Misner, In Print, The Buzz