"THE BUILDING WASN'T by Frank Lloyd Wright, but I think there's something special here worth sharing with future generations," BoatYard Eats Co-Owner Dave Stockwell says, motioning to the renovated boat storage building behind him.

Cornelius resident Stockwell and his business partner Mat Focht help restaurants expand nationally with their company, Emerging Concepts. But this project, BoatYard Eats (BYE), is much more personal. Not only are his father and sister involved, but so is the Lake Norman community. He jokes about trading kids with neighboring businesses because children don't want to work for their own parents—during our talk, the son of a nearby club owner comes over to mow the lawn.

See, Stockwell is an entrepreneur to the core. He's noticed that, by aligning himself with fellow entrepreneurs in the Charlotte area, a community of its own comes to life. And that's the vision—and the model—of Cornelius' newest hangout. Stockwell says they are a bit "backward" with BYE's model, but they plan to be reactive, shaping BYE into what Lake Norman residents want and need it to be. 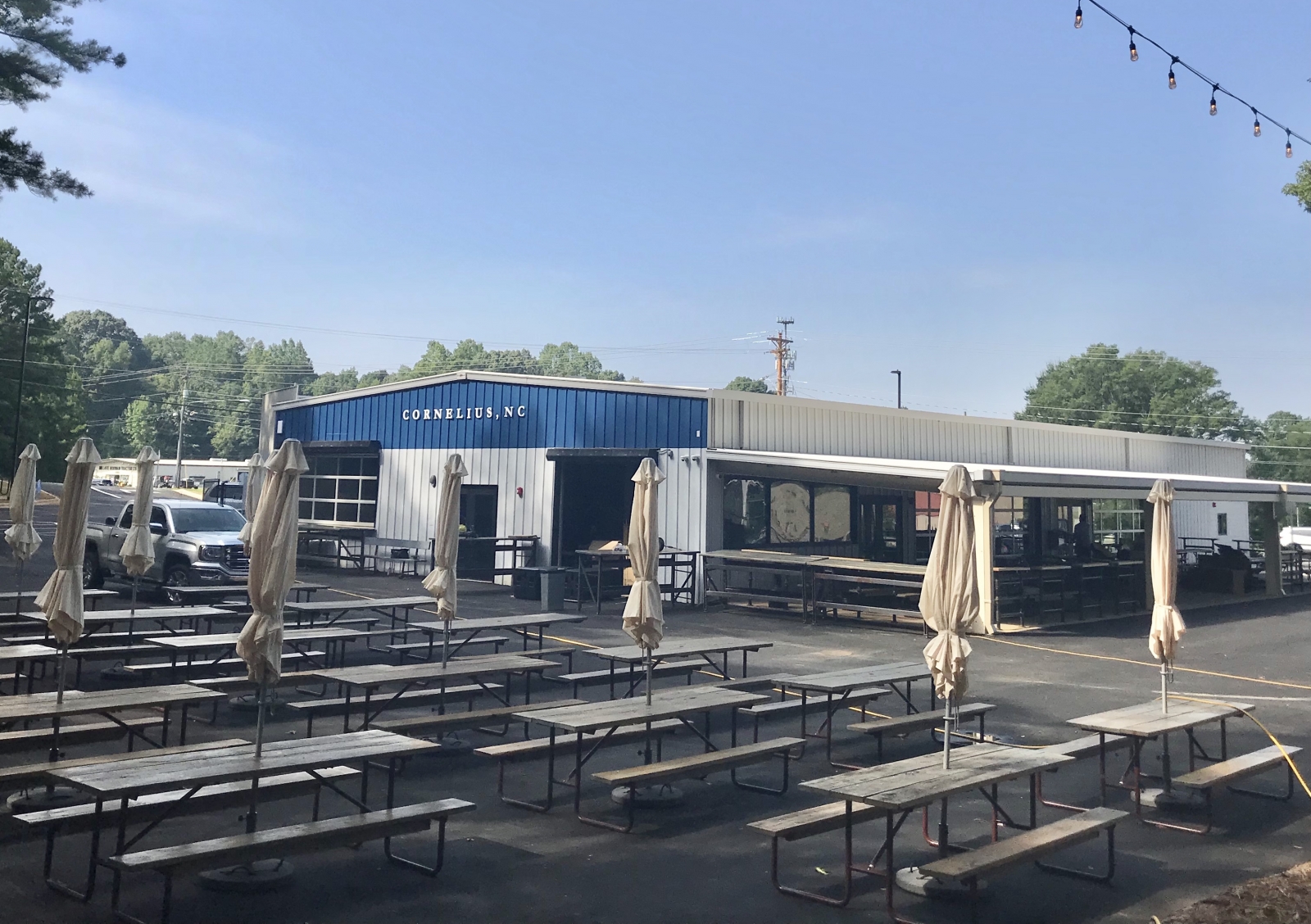 BoatYard Eats covers a massive lot with room for 268 people inside, and "a couple thousand" on the whole property, which includes a covered patio and outdoor seating. However, residents might better know the spot by what was once there: the historic Anchorage Marine boatyard that previously served as one of the first gateways to Lake Norman. It was important for Stockwell to maintain that piece of history.

"It would've been a lot cheaper to knock the building down and rebuild," he tells me. It makes sense: A boatyard is not typically well-kept—it's essentially just a shed to store boats, and sheds are not even close to restaurant health codes. But Stockwell saw the potential and hired Ryan Nestor, an architect from Chicago (where Emerging Concepts is headquartered), and got to work. 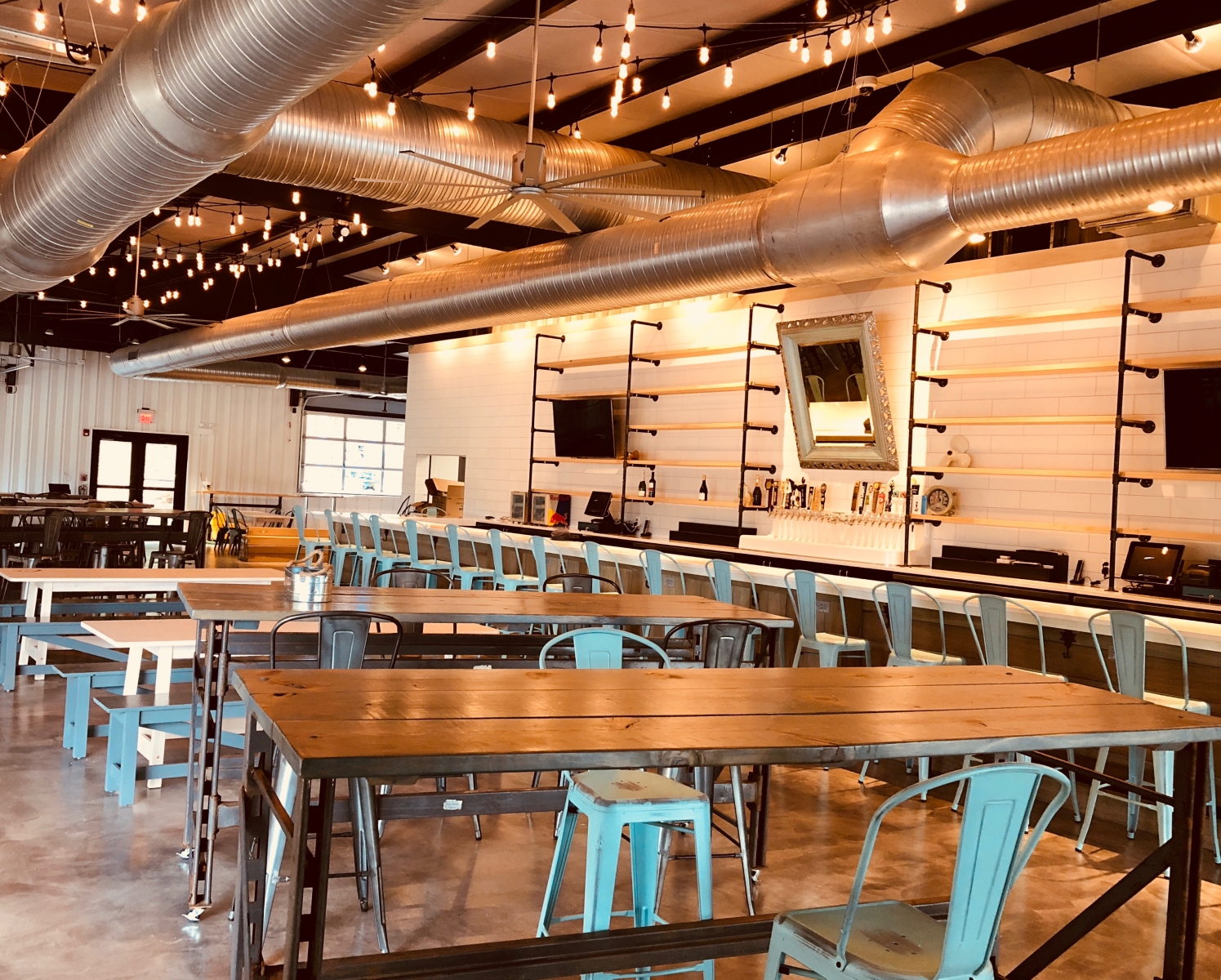 Though Nestor helped with the building, Stockwell is to praise for the fun, industrial decor of BoatYard Eats, tastefully eliciting the "lake life" vibe. Stockwell hand-made the high tops you'll see inside, sporting refurbished pre-WWII shelving. The large farm sink beneath the local beer taps was also re-purposed, a find from Winston-Salem. And the ornate mirror behind the bar? Stockwell says it hung over one of the first bars in America, in Philadelphia. Fifteen years ago, Stockwell snagged it at 3 a.m., and now it serves as BYE's chic interior focal point, keeping history alive.

There are also two ping pong tables inside.

Outside, you'll see a bocce ball pit, communal picnic tables, a stage created from an old boat crane, and two vintage boats. Behind that, 3.64 acres of land wait to be utilized—BYE is the only commercial property that will be on the McDowell Creek Greenway, slated to be expanded to the area next year, solidifying the restaurant as a central meeting point. Stockwell, who doesn't drink, encourages people to walk or bike to BYE, keeping patrons off the road after drinking a few heavy brews.

And, trust us when we say it: Instagram isn't ready for these vintage boats. Childproof, they serve as cool vantage points to sip a beer and see the stage. The 1948 Dyer came with the property, and the other is a 1956 Moorhouse from Seneca Lake in New York. 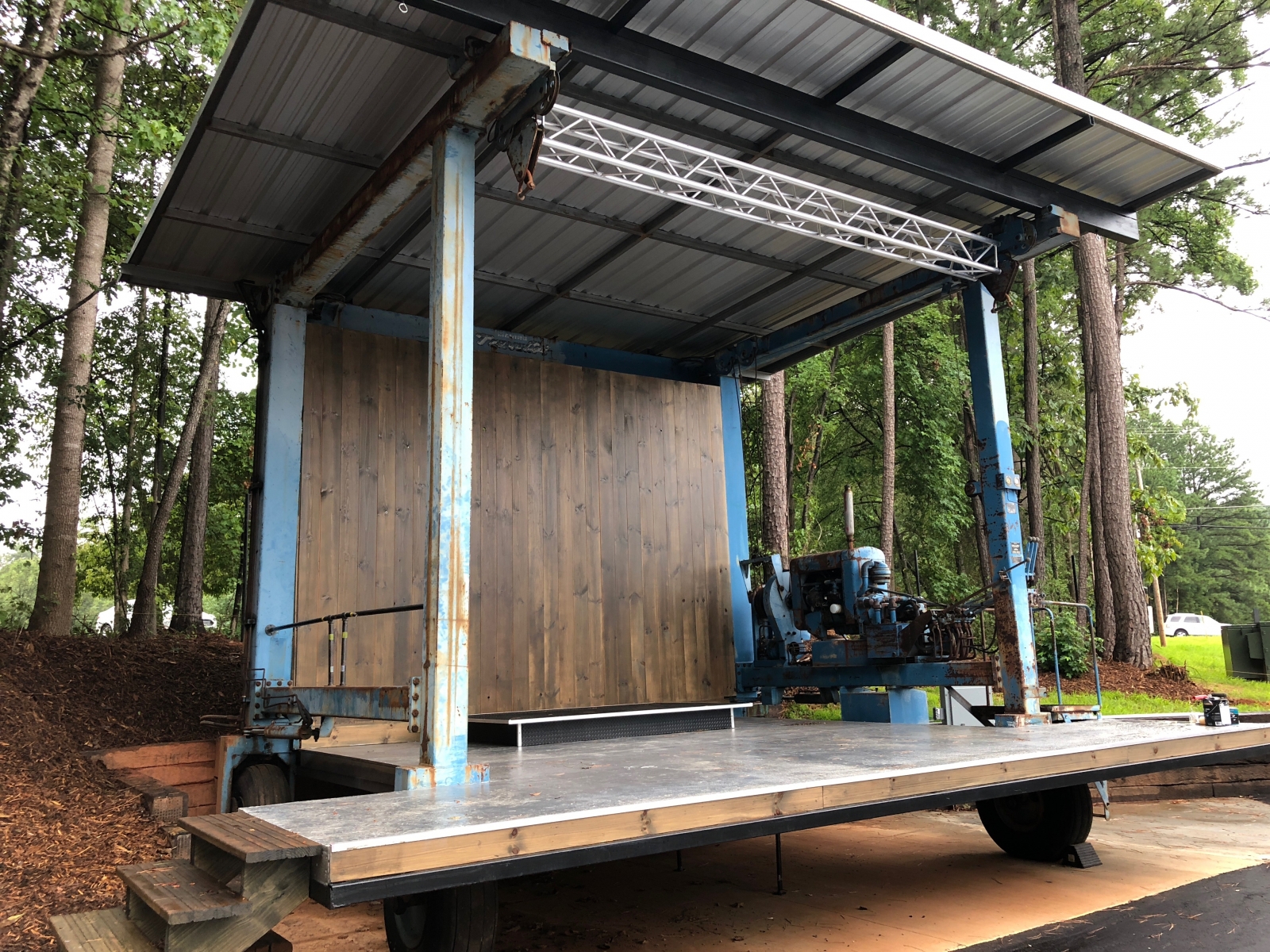 The way Stockwell sourced the restaurant's furniture—including the beer pong table he made—is the best testament to his vision for BoatYard Eats, which will feature a rotating lineup of regional and local food trucks, plus Charlotte-area and national live music acts.

There will be a food truck on-site every day, with up to three on busier days. BYE also has its own kitchen, designed to complement the food truck fare, not compete with it. Again, the community focus shines through. Stockwell says there will be shareable plates, but the menu is a surprise. 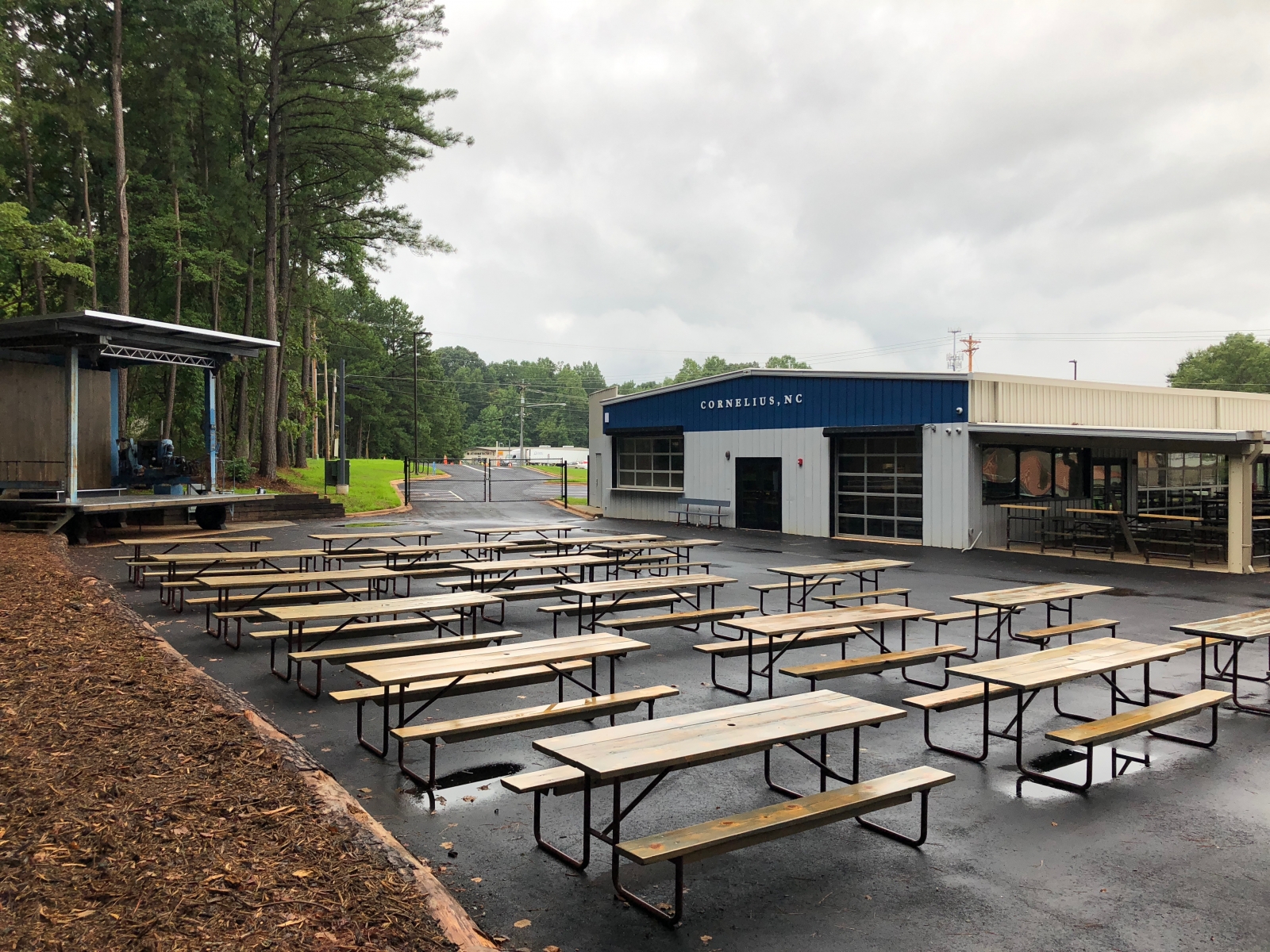 BoatYard Eats will be a place to bring the kids, out-of-town visitors, and even business contacts (there will be "super high-speed internet" on-site). Stockwell says he wants to reach as many people as possible with this vision.

"We want the town to have ownership of this thing. This is their place."

BoatYard Eats is hosting its Grand Opening on August 23, and they're still hiring. There are 78 parking spaces on-site, with overflow options at the A-frame next door.

This article appears in the August 2018 issue of Charlotte magazine.
Categories: Food + Drink, Restaurants & Food
Contest of the Month