The chef’s cookbook brings readers to his New Southern kitchen 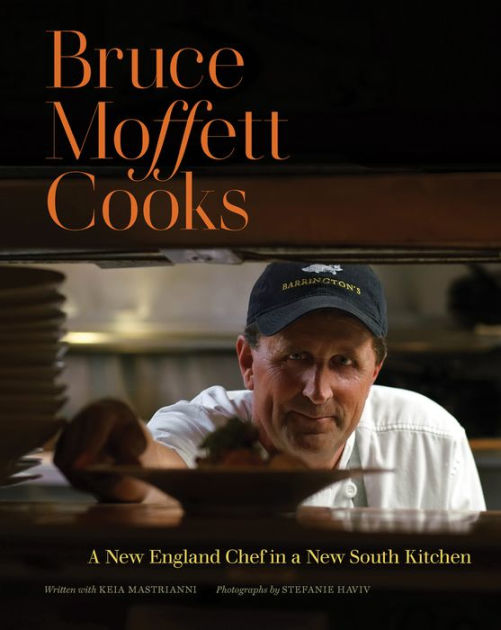 Bruce Moffett was in his neighborhood coffee shop chatting with a barista when he mentioned that he wanted to open a restaurant on Montford Drive. At the time, in 2007, the area was seedy, and retail shops and restaurants were scarce. The barista doubted him. There’s no good food on Montford, she said.

Good Food on Montford opened a year and a half later, cementing Moffett’s hold on the city’s growing foodie culture. He also owns Barrington’s (his first restaurant in Charlotte, which opened in 2000), Stagioni, and N.C. Red, which opens in Plaza Midwood this month.

In his new cookbook, Bruce Moffett Cooks: A New England Chef in a New South Kitchen (March 11, University of North Carolina Press), Moffett shares 120 recipes inspired by his New England roots and his time adapting to life in the South. “It is where I’ve built a life for my family,” he writes, “and where I discovered my restaurant family.” —Taylor Bowler

This article appears in the March 2019 issue of Charlotte magazine.
Categories: The Buzz
Contest of the Month