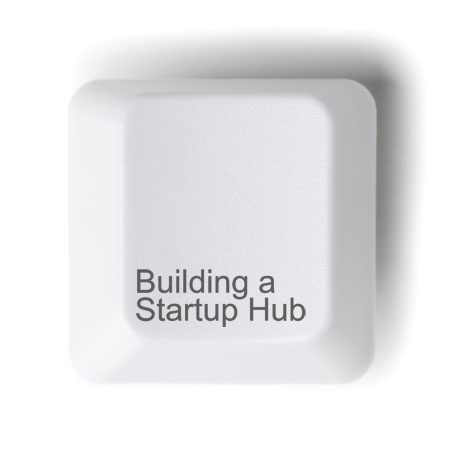 In 2010, near the bottom of the real estate market, Dan and Sara Roselli sunk $8 million into a pre-foreclosed building at Third and Church streets uptown with the help of federal stimulus money. The five-story building was built in 1928 as a showroom for Packard automobiles. The Rosellis, former corporate execs turned entrepreneurs, were determined to open what Dan calls Charlotte’s “first home for entrepreneurs to share skills and business opportunities.” In simpler terms, a hub for startups. Two years later, the vision, called Packard Place, is on its way to reality. “Think of a room,” Roselli says. “It has entrepreneurs, it has capital, it has research, it has people who want to mentor. What Packard Place did, in a way, is flip the light switch in the room on.” —R. T. 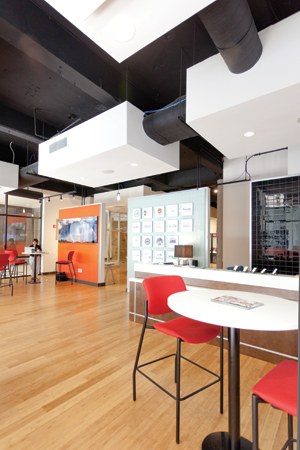 This gathering space doubles as the lobby. Tenants can avail themselves of the free coffee and Wi-Fi. But, even cooler, anyone in the startup world is welcome to drop by for a cuppa. The idea is to create community and prompt chance encounters that just might lead to the next big idea.

This patio overlooks Church Street and is home to weekly happy hours and Panthers tailgate parties.

Occupying the entire ground floor, The Garage, a nonprofit, consists of the Cyber Cafe, Queen City Forward, an art gallery, and plenty of common space. Roselli says it’s hosted more than ninety startup-related events, all at no cost. Small offices are available on a month-to-month basis for $750. The first tenant, a video email startup called MailVU, has already "graduated" to a larger space upstairs. 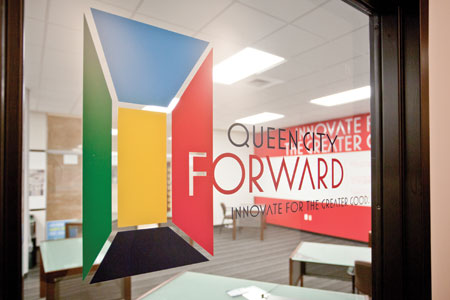 Located on the ground floor, Queen City Forward is a nonprofit that aims to foster social entrepreneurship in the Charlotte area. More than twenty small startup organizations—for-profit and nonprofit—are members of QCF. Any of them can rent a desk in the QCF space, or just borrow a desk or conference room for a few hours. Again, the goal is to facilitate chance encounters. 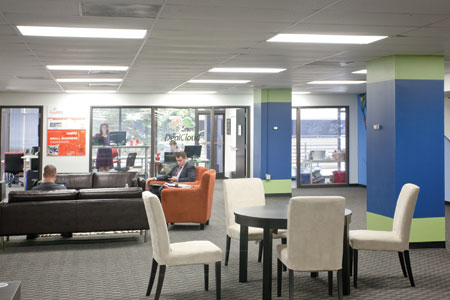 Located on the second floor, RevTech is an incubator for tech startups. Once accepted, companies share 6,000 square feet of space—free—for three months, during which they are paired with mentors. Seven companies were in the first class this summer. In early October, all seven had the chance to present to a room full of potential investors.

An event space used by tenants, it served as the temporary home for the PPL, a gathering place for independent media during the Democratic National Convention. Roselli hopes to fill the space with office tenants. 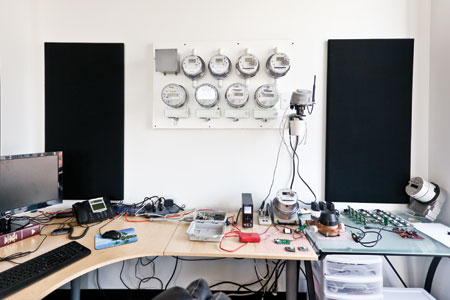 Functioning much like RevTech Labs, this third-floor space is for early-stage energy companies, although some non-energy companies are tenants as well. Duke Energy is a sponsor.

During the Democratic National Convention, Politico took over the entire fifth floor, holding daily breakfasts and nightly parties. Nancy Pelosi was heckled when she stopped by to be interviewed. Roselli plans to move Red F, the marketing firm he runs with his wife, Sara, into the space. It currently occupies part of the fourth floor.