Just two days after he survived an accident heading into work, Panthers quarterback Cam Newton was back in the office. 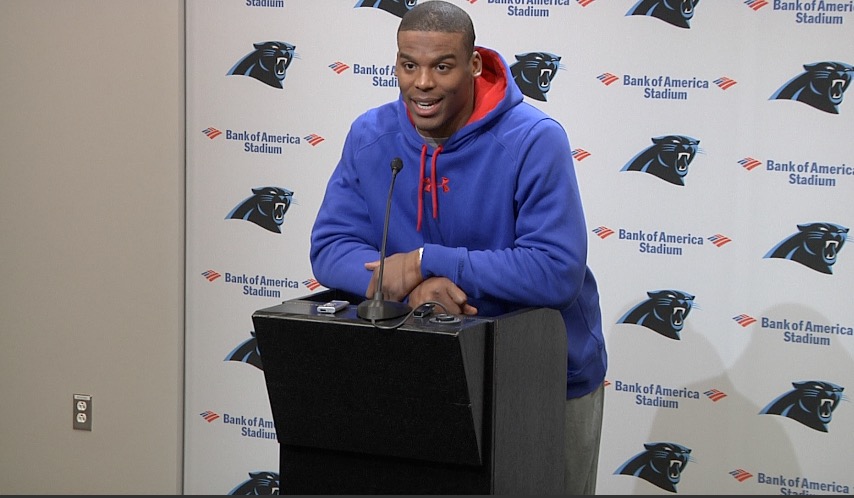 Things were back to normal Thursday at Bank of America Stadium. At least as normal as they could be two days after the Panthers' star quarterback was involved in a scary wreck two blocks down the street.

Cam Newton returned to work early in the morning still sore, but smiling.

“Some were surprised to see him, some figured, ‘well, that’s him, so he’s here.’ It was good to watch the reaction of his teammates just having him back in the building," coach Ron Rivera said.

Newton spent the day getting treatment on the two transverse fractures he suffered in his lower back during the accident. He also sat in meetings, watched filmed, and joked around with teammates.

For just the second time in his career, Newton will have to play the role of cheerleader this weekend. Backup Derek Anderson, who filled in during the Panthers' season-opening win at Tampa Bay, is set to face the Bucs again.

As confident as the Panthers are in Anderson, the wreck seemed to have stopped a good deal of the momentum gained last weekend in New Orleans. Newton was named NFC Offensive Player of the Week for his performance in a 41-10 rout over the Saints, and it appeared he and the Panthers had finally snapped out of their two-month slump.

But while 2014 has had some ups, it has had more downs for Carolina. And this is just another hurdle suddenly in the way.

"I think my presence today not only helped others, but it helped me as well. I see guys coming up, I get the social media response from fans and family members, just saying, ‘We’re praying for you.’ It just tells you how big sports is, but as we all know, sports is not everything because it could be gone in an instant. And I learned that firsthand."

Time is the best ailment for Newton's newest injury, but sports can help heal him mentally right now. And there is a chance he could play in the Panthers' final two games. But in order for those to matter all that much, he needs his teammates to complete a season sweep of the Bucs on Sunday.

"The one thing I don’t want to happen, and I see it happening already, this is becoming a distraction. I do not want this to be a distraction for this game upcoming this week," Newton said. "I’m looking forward to Bank of America [Stadium] being as hyped as it’s been this whole year. I’m anticipating a big win for these guys. I’m backing D.A. 100 percent. And I can’t wait to see these guys play."

Categories: Black and Blue Review 2, Panthers
Contest of the Month