Editor's note, added April 21: Ashley Bivens Boyd, pastry chef at 300 East and Heritage, and Bob Peters, mixologist from The Punch Room, will also be at the dinner.

The second Culinary Canvas dinner will combine the art of Rosalia Torres-Weiner with a five-course meal by Paul Verica, chef/owner of Heritage Food + Drink. The dinner, scheduled for May 5, is part of a series of dinners hosted by CLTure, a Charlotte-based arts and culture blog and visual media marketing company. 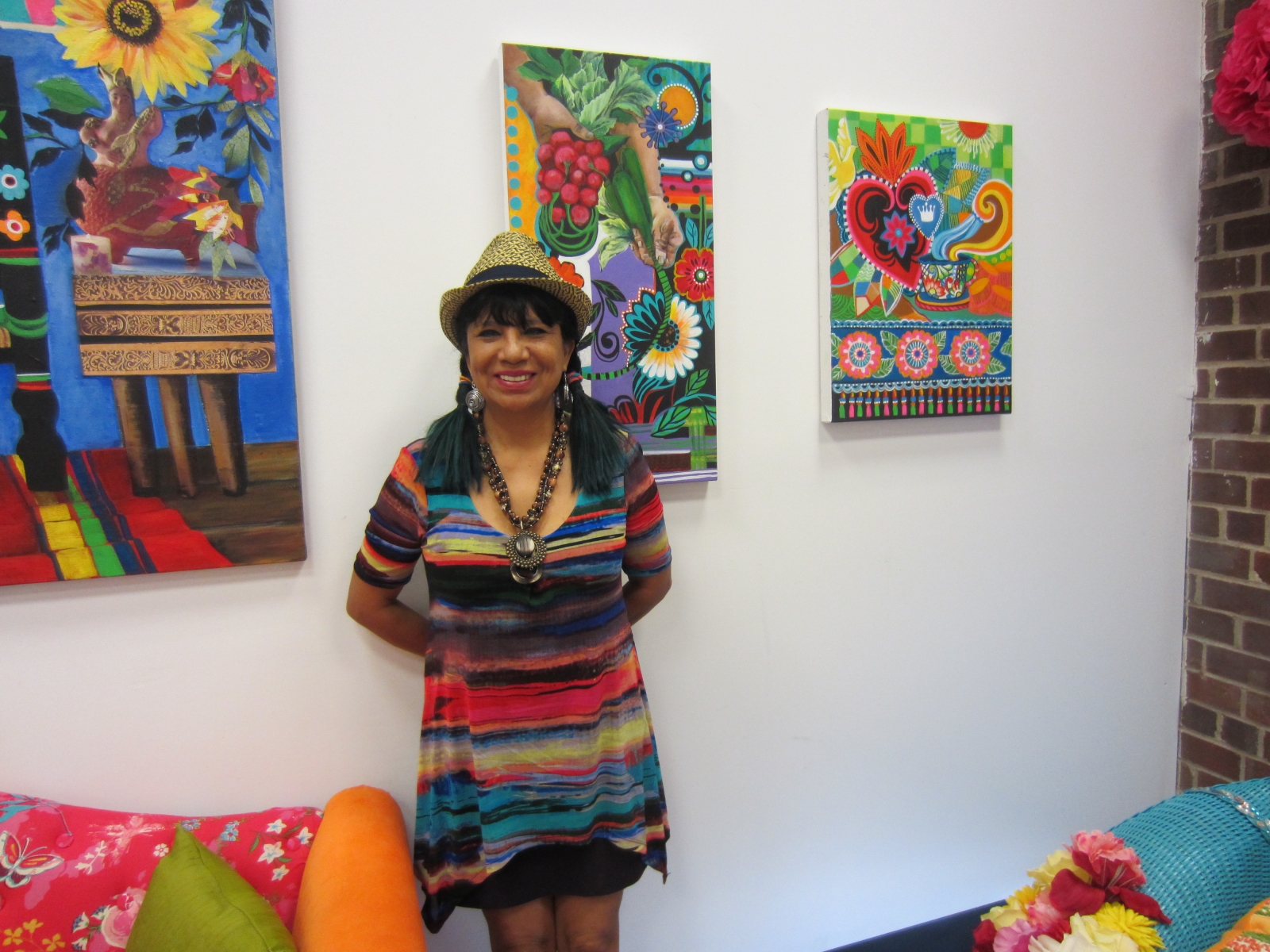 This time, Lee brings in Torres-Weiner, whose paintings tell stories of people from her native Mexico. Her new series, called "The Hands That Feed Us," examines the life of people working to produce food for Americans, from farm hands to chefs.

Sitting in her studio at LaCa Projects in FreeMoreWest recently, Torres-Weiner, pictured at left, points to a piece with hands surrounded by vegetables and images of homes. She says the painting was inspired by a man named Oscar. Torres-Weiner met Oscar when she moved to the United States in the late 1980s. She was a server at a restaurant where he was the prep cook. He was working to send his money back home to Mexico."That was his motivation: Building his house," Torres-Weiner says. "He was not like, 'Oh, they're paying me $4 or $3, you know, per hour—I'm going to take my time. He was not like that. He was like, 'I'm just going to cut a lot of tomatoes, because this is how many bricks I'm going to buy when I send my money to Mexico.' "

Verica, meanwhile, is known for farm- and seasonally-driven dishes, and says he was interested in the Culinary Canvas series since seeing photos from the first event. It's been a busy month for Verica, who cooked for the James Beard Celebrity Chef Tour dinner last week at Bonterra and will cook at the James Beard House in New York in mid-April. 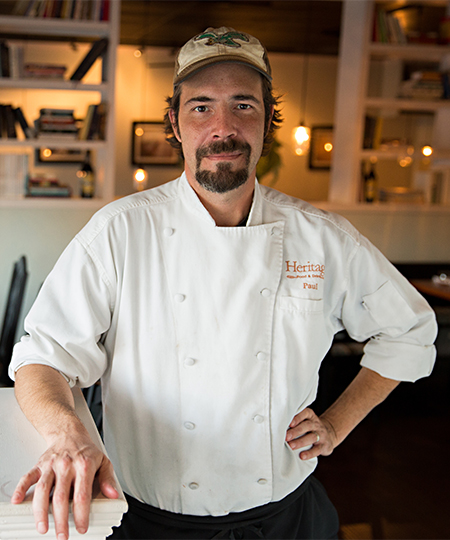 This will be his first time conceptualizing and cooking a meal based on artwork, but it won’t be much different, he says, from cooking based on what he finds at the farmers’ markets.

"I hate to be cheesy, but creativity is fueled by inspiration, and inspiration for me—most of the time—is driven by ingredients," Verica says. "… just looking at the work and touching it and feeling it and seeing what kind of texture it is. It's like when I go to Sammy's (of New Town Farms in Waxhaw)—I always just get inspired. I just feel like looking at it and touching it and knowing the story behind it will push me one way or another. I always let the food tell me what to do."

The event, which will take place at C3 Lab in South End from 6 p.m. to 10 p.m., includes more than the dinner; there’s a cocktail hour and a DJ, too. There will also be a guest bartender serving cocktails using Tito's Handmade Vodka. Proceeds from the event will benefit Friendship Trays; tickets cost $80 and are on sale now. See the menu below.

Ashley Bivens Boyd will prepare a dessert, and Bob Peters will also mix up cocktails for the event.

This article appears in the March 2016 issue of Charlotte magazine.
Categories: Food + Drink