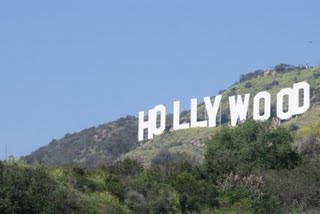 If you’re like us, the idea of even turning on the television tonight is hard. Michael Phelps and his glorious shoulders have finished their time in Beijing and short of replays (which every news network in the United States has been kind enough to play about six thousand times), now it’s just a matter of viewing other top world athletes with less impressive abs.

However, don’t despair. Tonight is the season premier of MTV’s The Hills. Think that this is just trashy television that’s probably not even close to reality? Feel like Spencer and Heidi are two of the most annoying people on earth? Think that there’s no way a bunch of twenty-something-year-olds should have this much drama in their lives? Us too! Isn’t it just great?

But, when we’re not spending our time yelling at Heidi to quit being such an idiot, we’re checking out the southern-California-meets-national-television-viewership styles of Lauren and her sidekicks Whitney and Audrina. And we think you should be too.

Last fall, Lauren launched her own signature clothing line, the Lauren Conrad Collection. The line offers lots of flowing, flirty pieces, not unlike what LC dons on the show. (In fact, she often does wear her designs on the show.) Plus, much of the show revolves around parties, fashion shows, and designers so there’s no way not to get your fashion fill. And even if the clothing styles aren’t your thing, you can’t help but admire the beauty regimen of these ladies: How is Lauren’s eyeliner always so perfect? Does her manicure ever get chipped? These are questions we’ll be asking our television tonight at 10 p.m. ET.