CEO Talks the Future of the Charlotte Mecklenburg Library

When he arrived from Seattle in April 2021, Marcellus “M.T.” Turner encountered boxes already packed and ready for the big clear-out. Even months later, when the Charlotte Mecklenburg Library closed its uptown main branch to the public, the work had only just started: More than 140,000 books, periodicals, rolls of microfiche, and other library items had to move into storage or temporary locations.

And that, Turner says, wasn’t even the hard part. “I think the mental dynamics of it all wreak greater havoc on you than the actual getting in and doing,” Turner, the library system’s CEO and chief librarian, says in November as movers continue to collect boxes. “To sort through things to determine what has a useful life, what needs to go to permanent storage versus what goes to temporary storage until we come back, packing up offices, going down the hall and saying, ‘Hey, this is yours. Do you want it back? Or do you want me to do something with it?’ Everything that I think any typical person encounters when they move, we face tenfold.”

But Turner, 58, faces a pair of deeper complications—the lingering effects of COVID, of course, but also his hiring in the midst of perhaps the most profound shift in the library system’s history. The main library, at 310 N. Tryon St., closed in preparation for a new, $100 million building initially scheduled to open in 2024 but now expected for late 2025. A library has occupied that location for 119 years; much of the current building dates back to 1956, although the library system expanded and renovated it in the late 1980s.

The new library will reflect the library system Board of Trustees’ vision of a modern space that welcomes everyone, including homeless and unemployed people who use it for daytime shelter and to look for jobs. In keeping with reimagined libraries throughout the United States, it’s designed not only for books but with extensive areas for digital learning, meetings, events, a café, and collaborative “makerspaces.” Turner has jumped into the project midstream and with little difficulty; the library board’s vision for the main library in Charlotte matches Turner’s governing philosophy for libraries in general.

“Some of the things that I’m hopeful will get traction involve how we can become a more socially conscious library, so that we make sure that everyone feels welcome when they come in our doors,” he says. “We are one of the largest library systems in the state, and we have responsibilities to deliver services and address some of the issues that our cities and counties face. … I feel the library is ready.”

Turner took the Charlotte job in part because he missed the South. He was born in Mississippi and grew up mainly in Clinton, just outside Jackson. He earned a master’s degree in library science from the University of Tennessee and worked in library systems in Illinois, New Jersey, and Colorado before the Seattle Public Library hired him as its chief librarian in 2011.

In Seattle, Turner began to implement some of the ideas that, when the Charlotte library system hired him a year ago, led Board of Trustees Chairman Joe Helweg to refer to him as “a respected voice in the national conversation about the future of libraries.” Under his leadership, the Seattle library instituted a hot spot lending program that allowed anyone with a library card to obtain wireless internet access for as long as three weeks. Another program allowed anyone to stream—and library patrons to download—music from more than 200 Seattle artists for free. Not long after he took over in Seattle, the system made a change that Turner has replicated in Charlotte: eliminating overdue fines, which in Seattle allowed 51,000 patrons to once again check out books, DVDs, and other materials. 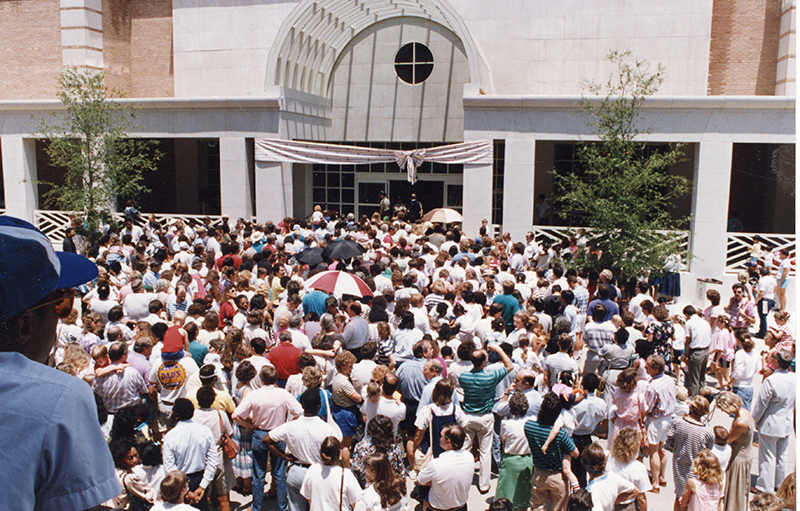 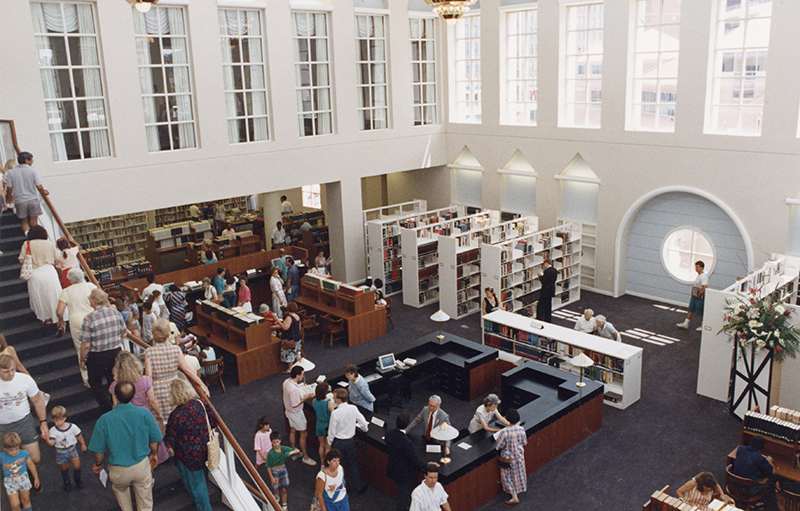 “Libraries everywhere are doing that,” Turner says. “What you uncovered is that a lot of times, people had fines on their records that they incurred when they were kids through no fault of their own; the parents moved them, they lost the book in transit to the new home, the parents didn’t ever bring the book back to the library. And so eliminating that barrier just opened up the world back to them.”

Those and other initiatives helped the Seattle system win the Library Journal’s Index of Public Library Service five-star rating, its highest, for 10 years straight. In 2020, the system won a prestigious Gale/Library Journal Library of the Year designation for its community outreach and focus on social equity, which continued under COVID restrictions. “Turner has helped the Library pivot, no matter the circumstances, to meet the needs of our public,” Seattle Board of Trustees President Jay Reich said in a news release, “and he has done so even while carefully planning for an eventual reopening of our buildings.”

So, in a way, it’s odd for Turner to have arrived in Charlotte just in time to shut a library down. Until the new one opens, patrons can visit temporary locations at Founders Hall (100 N. Tryon St., Ste. 290); the First United Presbyterian Church fellowship hall (406 N. College St.); or any of the system’s 19 other branches (see cmlibrary.org for details).

Even with the closing, and even though COVID has hindered Turner’s ability to establish connections in the larger community, he’s already demonstrated that this version of the library system won’t operate under the same rules. The elimination of overdue fines, which applied to more than 150,000 cardholders with balances of at least $10, took effect in July. Within a few weeks of his first day, Turner made another change: He did away with a program that allowed patrons to pay for early access to sought-after releases.

“It was an unfair practice to allow some people access to the book by paying for it when others couldn’t,” he says. “So, eliminate that barrier so that everyone’s on an equal playing field.”

Lionizers of fiscal or personal responsibility or both might object that the library’s lenience might encourage mistreatment of public property and place a burden on taxpayers. (County commissioners agreed to add $600,000 to their 2021-22 budget to cover unpaid fees.) Turner believes that the benefits of broad access to the library and its resources, especially for those who need it most, far outweigh the liabilities.

The belief is a cornerstone of the ethos he trusts will get him and his staff through the next four years, even with books in boxes. “All the physical grunt work is a challenge,” Turner says, “but once you know what to do with something, that’s the key.”