Charlotte Shines on the World Stage During NBA All-Star Weekend

IT STARTED with a slow rumble, something that murmured at first and then built like a train approaching from the distance until it reached a full-fledged roar.

Kemba Walker, Charlotte’s NBA All-Star starter, got his cheers of adoration from the hometown Spectrum Center crowd Sunday night. When he was introduced to the crowd at the 68th NBA All-Star Game, as the cacophony surrounded him, Walker pounded his heart and pointed up at the fans.

So what if a few moments later, the crowd bellowed at least equally as loud for homegrown superstar Steph Curry? On All-Star Weekend, Charlotte had enough love for both players.

“I kind of got goosebumps at how loud the crowd was for me,” Walker said afterward, his voice softening at the memory. “I just really appreciate that. They showed me a lot of love. I appreciate you all. Thank you.” 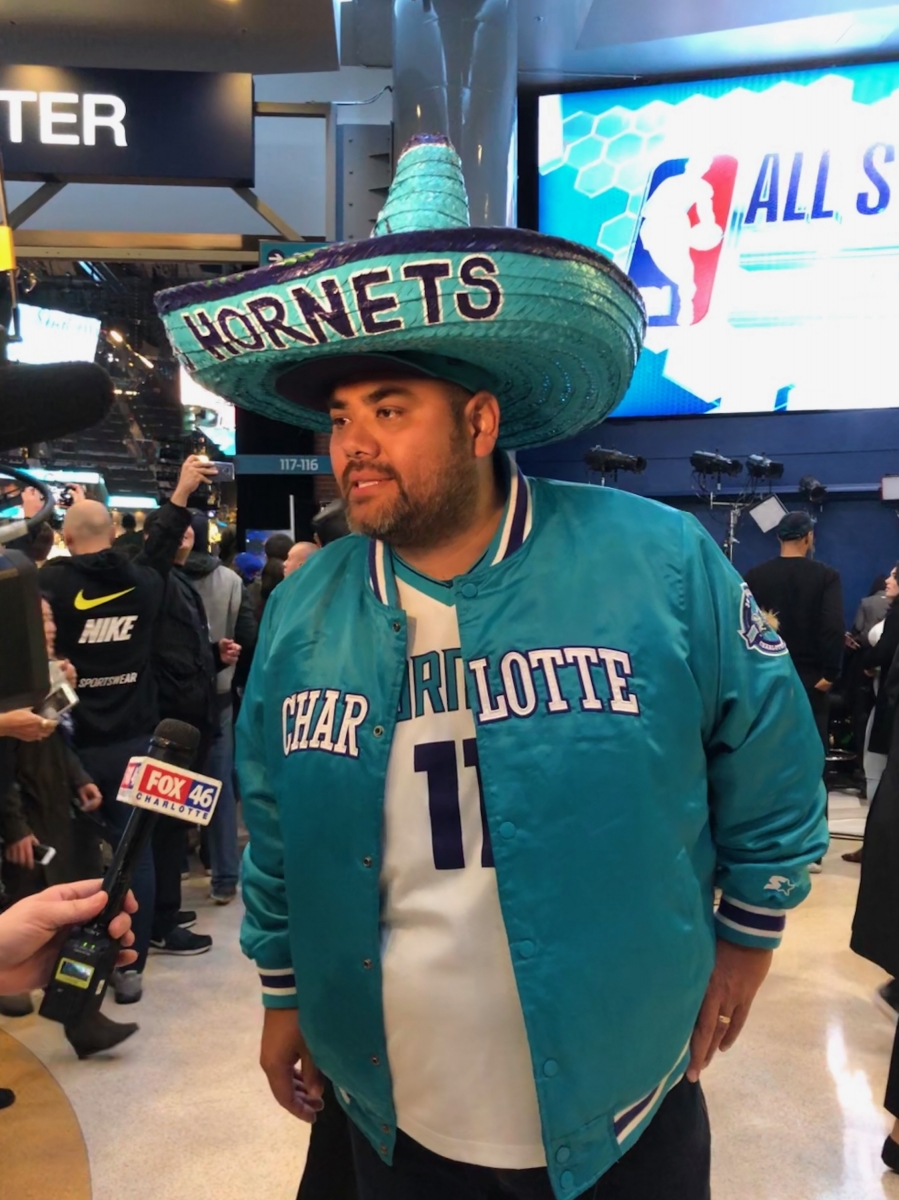 The dirty little (not-so) secret about hosting an event like the All-Star game is that the people who live in the city generally can’t attend the game that takes over the streets, restaurants, bars and shops of the area. The seats that aren’t reserved for corporate sponsors are priced at astronomical rates the average fan can’t afford.

But whether Charlotteans plunked down their hard-earned cash for access, or whether visitors simply embraced Charlotte, the Hornets’ love was just as clear throughout the weekend as the adoration for the city’s First Basketball Family, the Currys.

Teal, satin Hornets jackets were abundant among fans strolling the concourse Sunday night, as were Walker jerseys. Sure, there were a lot of Curry jerseys, too (and LeBron jerseys, of course). And not everything about the weekend was perfect — all those inconvenienced by Light Rail and bus diversions could rightfully grumble, and the gridlock traffic in the area surrounding the arena caused plenty of headaches.

But the NBA and the Hornets managed to turn the weekend into an upbeat celebration of all things Charlotte.

Self-anointed “Sombrero Man,” Hector Cortez, who is a vocal and visible Hornets season ticket holder, was at the game early Sunday, soaking it all in. “I love it,” Cortez said. “I love all the people here from all over the world. I’ve seen a lot of people who are regulars here, too.”

The game was hosted on team owner Michael Jordan’s 56th birthday—even if His Airness was conspicuously absent from the festivities throughout the weekend, save for a fourth-quarter appearance for a ceremonial passing of the All-Star Game torch to his old Chicago Bulls.

Anthony Hamilton’s soulfully unique version of the "Star-Spangled Banner" put just enough of an R&B spin on the national anthem to earn the Charlotte native praise.

And Fayetteville’s J. Cole, the halftime performer, earned seemingly universal affection for his old-school Hornets Starter jacket adorned with a cartoon Hugo that made him look like he stepped straight out of the 1990s.

.@JColeNC with the throwback Hornets jacket

This article appears in the March 2019 issue of Charlotte magazine.
Categories: All-Star, The Buzz