Charlotteans of the Year 2016: The Double Door Inn

Our oldest music venue will close its doors at the start of 2017, but first it showed everybody how to go out gracefully

IN JANUARY, the floorboards of the "oldest live music venue east of the Mississippi” will creak one last time under the feet of concertgoers. The Double Door Inn has occupied the same spot on Charlottetowne Avenue since 1973, though the street was actually known as Independence Boulevard back then. Recent college graduate Nick Karres was working at a real estate company and couldn’t find anyone to lease the building. Karres and his brother, Matthew, opened a bar there. “My brother and I are of Greek descent,” says Nick, now 67. “We saw that there was already a lot of Greek restaurants in Charlotte at the time. And we didn’t really want to be just a restaurant or a pub.” 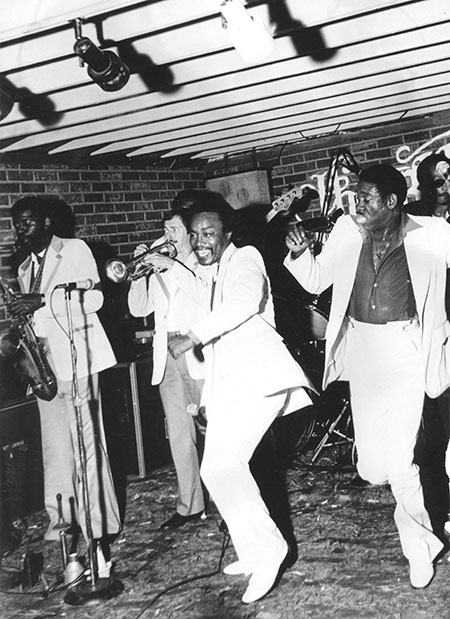 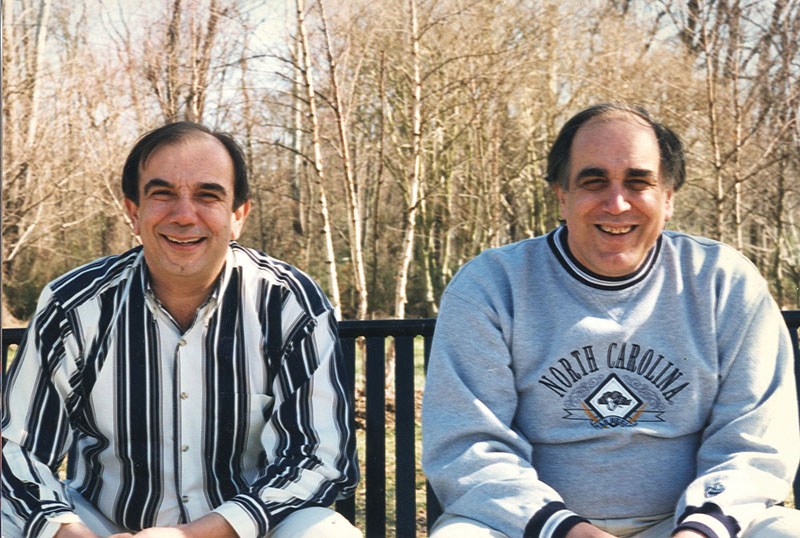 Soul duo Sam & Dave (left) performed at the Double Door in 1978.
(Below) Brothers Matthew, left, and Nick Karres founded the Double Door Inn. At first, they didn’t know what to do with it, just that they didn’t want to start a Greek restaurant. Then they heard how music sounded inside.

It was already an old structure, built as a residence in 1911. But live music helped make it lively. It started with “local pickers” in the back room of the bar. For a quarter, you could enter the door to the arcade and take in some tunes.

Music eventually made its way out to the front of the building, but it wasn’t until a string of random encounters (which was the way things happened back then) brought the nationally known rock band Dixie Dregs to the Double Door that everything changed. That’s when Nick realized that his little bar was an engrossing, inviting backdrop for blues. “After that night, I was like, ‘Whoa,’” he says. “That got me hooked, and it solidified our decision to pursue music. I was now asking myself, ‘What else is out there?’”

Forty-three years of packed shows and countless beers answered that question. The space now carries framed portraits and relics of all that’s happened in that time. The wall that separated the main room from the arcade was eventually knocked down, but most of the vibe remains, regulars say: that wooden, boozy smell; the hum of amps and clinking glasses; the respectful hush that precedes any musical act’s set; and, of course, longtime staffers such as Mike Martin, who has tended bar here since 1975. Nick’s always been here, too, which is why the Double Door has another title: “Oldest Blues Club In The U.S. Under Original Ownership.”

But Central Piedmont Community College keeps growing around the venue, and in 2017 the school will begin construction on a new building in the Double Door’s place. Karres and staffers lock up one last time on January 2.

The people who make the Double Door Inn haven’t slunk out of the space or slung mud at development. They’ve spent the past several months packing the venue with shows. 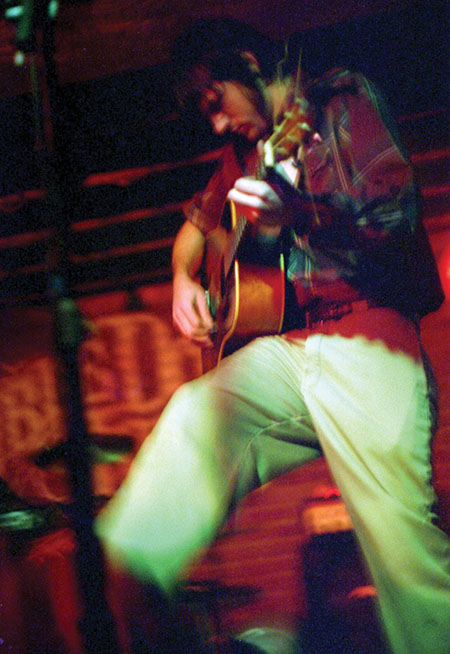 In the past year, the Double Door has welcomed the Nighthawks, who first stopped by four decades ago, the Loudermilks, Gigi Dover, and the Spongetones. The Spongetones’ last show here will be New Year’s Eve.

This old place will leave behind legendary shows and stories. The time Eric Clapton visited. Buddy Guy. Stevie Ray Vaughan. Steve Earle. Yet for Dover, the story of Double Door is that of a venue that strengthened its local music community. “It’s like coming home,” Dover says. “I’ve always likened the stage to a seasoned corn bread pan. When you’re going in there, you’re going to listen to music. … You know you’re going to get a great room, a great sound system, a great band, and a great time.”

Eric Lovell, Dover’s husband and a Charlotte local, adds this with a laugh: “Plus, all of the boards in the place have vibrated into the right spot.”

Not every outgoing venue has this kind of relationship with the Charlotte music community. Other venues around the city have closed, or announced they were closing, in the past year. Each time, some local musicians took their complaints online: This venue ignored local music; that venue required us to pay them up front to play there. But nobody said a bad word about Double Door. Karres booked the club from the 1980s into the 2000s, and he always tried to find a spot for regional acts. “Through the ups and downs, local musicians need a place to play,” Karres says. “And they become part of what’s there. The only real relationship you have is with your locals. In the end, a lot of great ideas and creativity came from that stage. And a lot of relationships formed off and on that stage.”

Andy Smith covers arts and culture for Charlotte magazine, where he also serves as digital editor. His work also appears in Hi-Fructose Magazine, New Noise Magazine, and other publications. 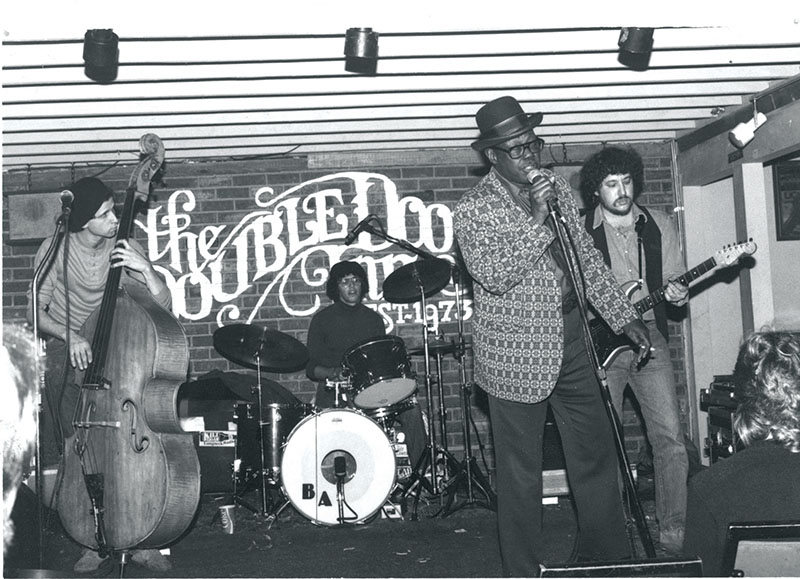 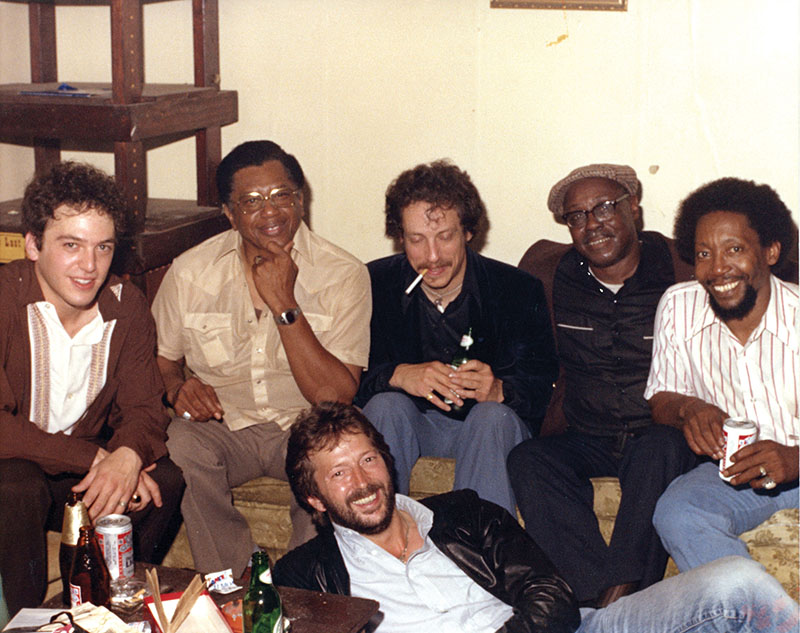 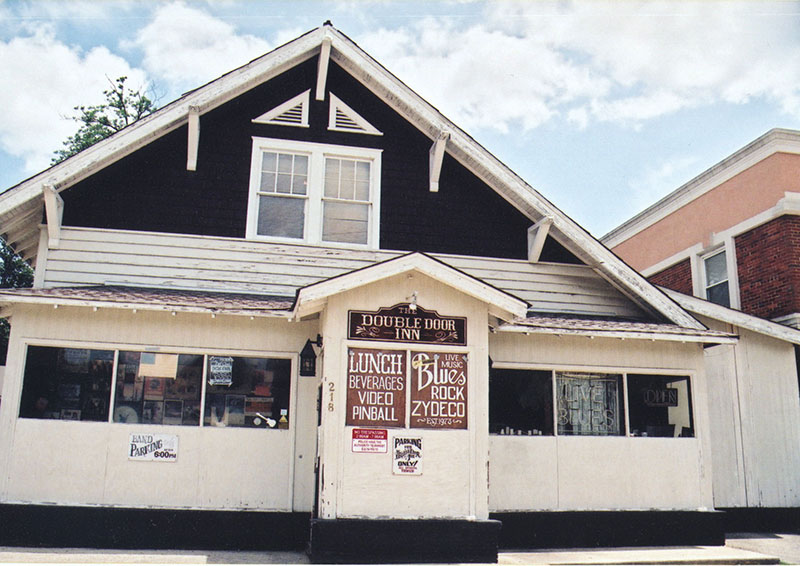 TOP: Blues artists Pinetop Perkins (on mic) and Bob Margolin (on guitar) performed in the early 1980s.
MIDDLE: Eric Clapton joined the Legendary Blues Band at the Double Door Inn during a 1982 gig. Then he took a spot on the floor for a picture with the band in the upstairs dressing room.
BOTTOM: The venue is the focus of a forthcoming documentary titled Live from the Double Door Inn, by Emmy-winning journalist Kim Brittain and her business partner, Rick Fitts, along with Civilized Film head Chuck Bludsworth and media veteran/author Jay Ahuja. 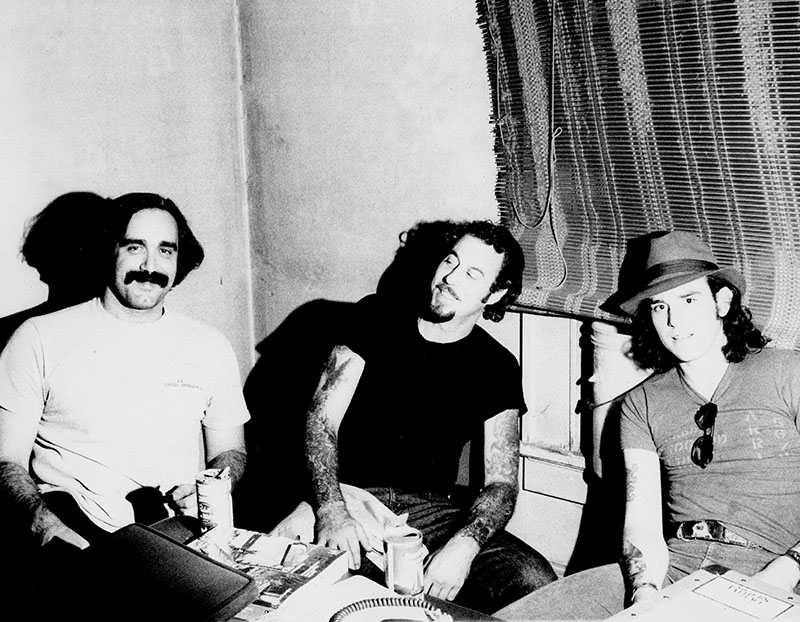 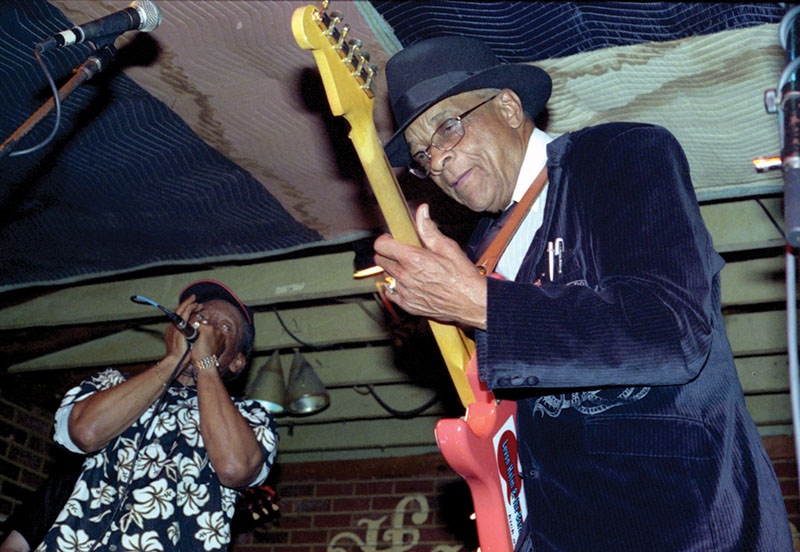 TOP: Blues artists Pinetop Perkins (on mic) and Bob Margolin (on guitar) performed in the early 1980s.
BOTTOM: The venue is the focus of a forthcoming documentary titled Live from the Double Door Inn, by Emmy-winning journalist Kim Brittain and her business partner, Rick Fitts, along with Civilized Film head Chuck Bludsworth and media veteran/author Jay Ahuja.

This article appears in the December 2016 issue of Charlotte magazine.
Categories: #discussclt, #discussclt 2, Arts + Culture, COTY, In Print, The Buzz
Contest of the Month