THE CRAFT BEER produced in Charlotte and surrounding cities is among the best in the country. But how do the beers rank against each other? That’s where the fun begins.

Matt McKenzie has covered Charlotte’s beer scene for this magazine since 2013. Earlier this year, he consulted with local beer experts, bottle shop owners, bartenders, and others to compile this list of 50 best beers in the city.

Argue away at these choices, but do so with a pint of your favorite local beer. Download a printable poster of this list here.

1. Citraquench’l
Heist Brewery, available at various times during the year
Numbers, in this case, don’t lie. This hazy, New England-style IPA is the top-rated beer in North Carolina on BeerAdvocate.com and ranked in the top 10 overall for IPAs in the U.S.

2. Cataclysm
Heist, available in winter
A Russian imperial stout series with a cult following. The most recent version, Cataclysm III, was aged in Whistle Pig Rye and Jefferson’s Rye barrels, and introduced to a large gathering of fanatics who camped overnight in February.

3. Mecktoberfest
The Olde Mecklenburg Brewery, available in fall (August release)
Clean, crisp, and smooth, this Märzen-style amber lager is the first beer you should drink each fall. 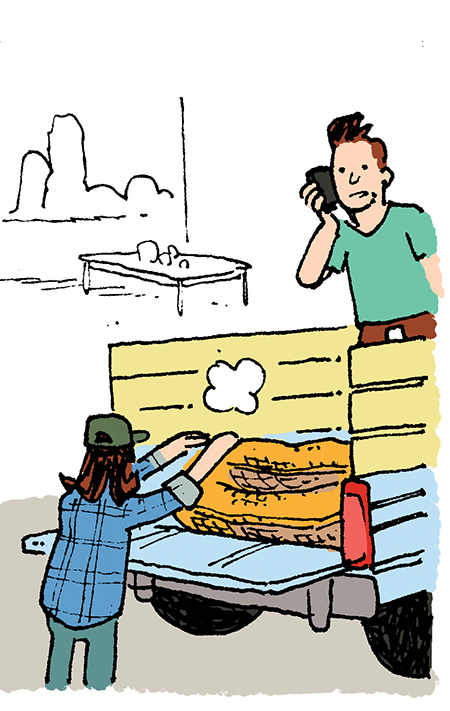 6. Bourbon Barrel-Aged Up All Night
Triple C Brewing Co., available in winter
The base beer is good on its own, but when this breakfast porter (brewed with local coffee and honey) comes out of bourbon barrels, you have a masterpiece.

8. Hop Cakes
​NoDa, available in February
Head brewer Chad Henderson uses more than 350 pounds of maple syrup from Vermont to create this tasty double IPA, which started out as a small-batch beer and quickly became one of the brewery’s most popular selections.

9. 3C IPA
Triple C, available year-round
The name comes from the hops used—Citra, Centennial, and Chinook. You could add a fourth C for celebration after this IPA won a bronze medal at the 2015 Great American Beer Festival.

10. Good Morning Vietnam
Wooden Robot Brewery, available year-round
Head brewer Dan Wade created this blonde ale with coffee and vanilla, and it’s as distinct and easy to drink as any beer in town.

11. Salty Coconut Red Ale
Sycamore Brewing, available at various times during the year
More than 10 pounds of coconut go into each red ale barrel, and a touch of sea salt is added at the end of the brew process. You’ll feel like you’re in the islands.

12. Jalapeño Pale Ale
​Birdsong, available year-round
Ever since this unique pale ale debuted in 2011, head brewer Conor Robinson and his crew have used fresh jalapeño peppers, hand-cutting them and removing the seeds themselves.

13. Blurred Is The Word
Heist, available at various times during the year
Another tremendous New England-style IPA from head brewer Eric Mitchell. The Mosaic and Azacca hops result in a tropical, fruity treat. 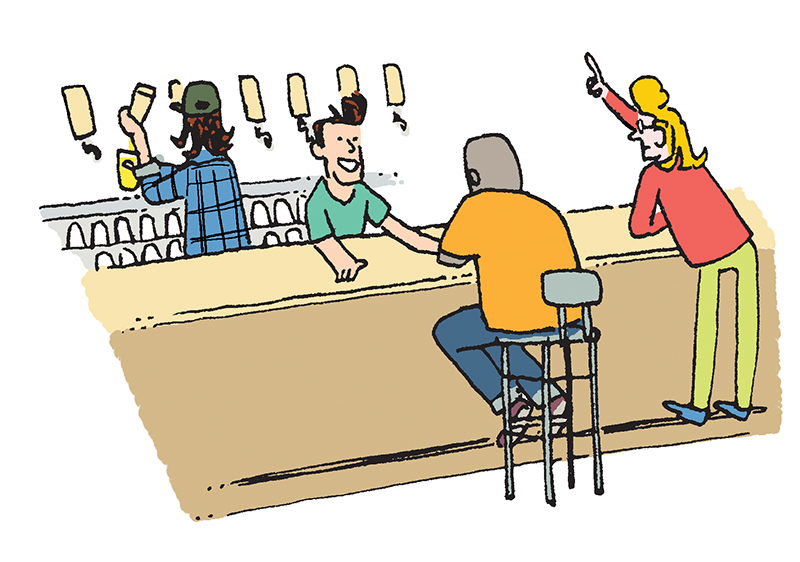 15. Return of Hop Rocks
Wooden Robot, available at various times during the year
Tart and hoppy, this sour IPA debuted as Hop Rocks at Brawley’s Black & Blue Festival three years ago and created a stir among local craft drinkers.

16. Systema Natvrӕ
D9 Brewing Company (Cornelius), available at various times during the year
Each version of this D9 sour ale series is fermented with wild lactobacillus and wild yeast and includes a couple of unique ingredients. The second edition, brewed with scuppernong and lily, won a gold medal at the 2016 Great American Beer Festival.

17. Honey Pie
​Birdsong, available in winter (January-February)
A double IPA that pops with a strong blend of hops and its special ingredient: local honey.

18. Coco Loco
​NoDa, available year-round
Dark malts pair with the sweetness of coconut to form a deep-flavored porter that won a well-deserved silver medal at the 2012 Great American Beer Festival.

19. Chocolate Covered Pretzel Stout
Triple C, available in February
The flavor is spot-on to the name—down to the topping of salt that head brewer Scott Kimball adds in at various times during the brewing process.

20. Capt Jack
​Olde Mecklenburg, available year-round
Always fresh and smooth, this pilsner is named after Captain James Jack, the local tavern owner who risked his life to carry the Mecklenburg Declaration of Independence to the Continental Congress in Philadelphia in 1775.

21. Venture Stout
Unknown Brewing Company, available in winter
Once known as Silverback, this stout remains one of Unknown’s best creations, thanks to a well-blended combination of malts and West Coast hops.

22. What He’s Having
Wooden Robot, available year-round
The golden appearance of this IPA is gorgeous, and the citrusy, sweet, and juicy flavor profile puts this among the top IPAs locally.

23. NoDaRyeZ’d
​NoDa, available in fall
A bold double IPA with a spicy finish thanks to the rye.

24. Ka’Kau’
Heist, available in winter
This stout has a fantastic profile of cocoa nibs, cinnamon, vanilla, and two types of peppers: ancho and pasilla chiles.

26. St. Tuber Abbey Ale
​Birdsong, available in October
While others make pumpkin beer in the fall, Birdsong uses local sweet potatoes and fresh cloves to create something that goes well with Thanksgiving dinner.

27. Monstro
​NoDa, available in fall
A “whale” is beer-drinker slang for a rare beer worth chasing. NoDa gave a wink when naming this barrel-aged Russian imperial stout after Captain Ahab’s whale, and people line up year after year for a taste. 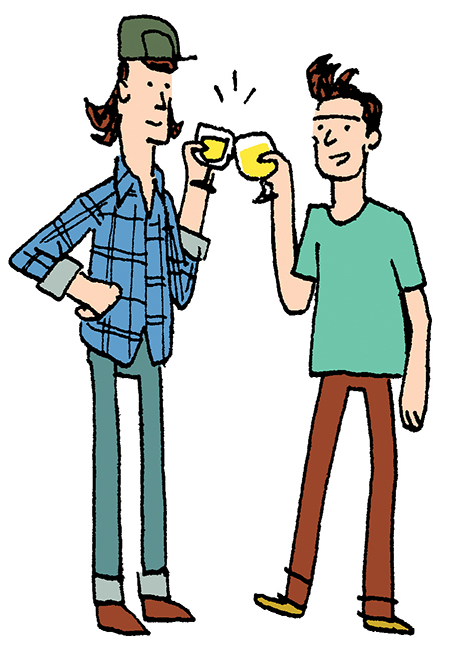 28. Eyes of the World
Triple C, available in October
A smoked porter, aged in bourbon barrels, and best enjoyed with your favorite plate of barbecue or next to a campfire.

30. Viking
D9, available year-round
Another from D9’s stellar sour program, this Scottish-style ale achieves a balance of acidity and hint of floral flavor.

31. Hoppy Holidays
​NoDa, available in December
A winter IPA that catches Santa’s attention each year with a colorful can, fresh spruce tips, and a serious amount of hops.

32. Tart De La Wit
Lenny Boy Brewing Co., available at various times during the year
A witbier aged in a brewery that’s known for its kombucha. Versions of Tart De La Wit have been brewed with strawberries and South Carolina peaches.

33. Jenny Bought a Farm
Free Range Brewing, available at various times during the year
A Carolina farmhouse ale, light and crisp with notes of citrus zest.

35. Baby Maker
Triple C, available year-round
The name is funny, but pay attention to it. This double IPA is a big beer full of hops and comes at 8.5 percent ABV. Don’t say we didn’t warn you.

36. Overachiever
Wooden Robot, available year-round
An easy-to-drink pale ale that will still satisfy any hop lover. It lives up to its name.

37. Higher Ground
​Birdsong, available year-round
Many other IPAs get more attention, but this West Coast-style beer is consistent and has legions of fans who have clamored for years for the brewery to can it.

38. Maple Canyon
Legion, available in winter
The addition of Vermont maple syrup, specialty malts, and some obvious notes of chocolate make this stand out from other brown ales.

40. Früh Bock
​Olde Mecklenburg, available in March
A seasonal bock with a sweet, smooth taste and a fruity, floral finish fit for spring. 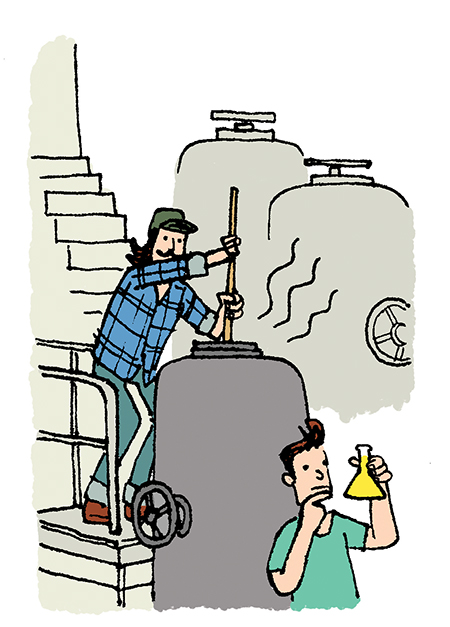 42. Yard Breather
The Dreamchaser’s Brewery (Waxhaw), available year-round
This brewery opened in May 2016, and this hazy, juicy New England-style IPA is a good reason to make the drive from Charlotte.

43. Dunkel
​Olde Mecklenburg, available in November
The highlight of this dark lager is its sweet caramel and toffee aroma and taste.

44. Peak Farm
Sycamore, available year-round
A double pale ale that remains sweet and fruity and drinkable any time of year.

45. Par 4
​NoDa, available year-round
For those who want a good IPA without high alcohol volume, Par 4 is a session-beer-turned-sensation that goes well with your favorite outdoor activity.

47. Cream of the Crop
Free Range, available year-round
A great introduction to craft beer for a novice, this cream ale is light in body, hop profile, and overall flavor.

48. Burn Down Brown
Lenny Boy, available at various times during the year
An English-style brown ale, Burn Down’s flavor is reminiscent of a Heath bar, with strong notes of chocolate and toffee.

49. Dirty Commie Heathen
Unknown, available in winter
Although it does nothing to strengthen U.S.-Russia relations, Unknown’s bold Russian imperial stout is a big beer (12.4 percent ABV) with a sweet balance thanks to the Michigan dark cherries used in the brew process.

This article appears in the July 2017 issue of Charlotte magazine.
Categories: Beer, In Print