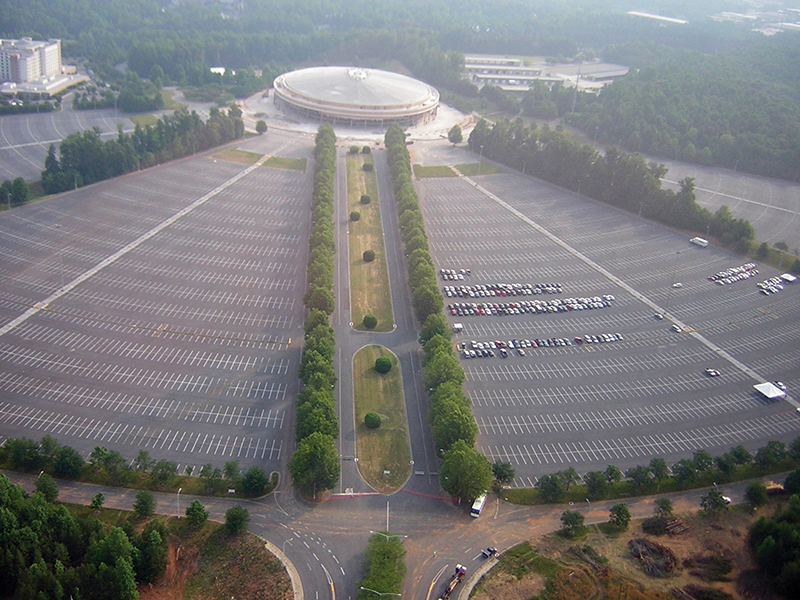 YOU MAY recall the story of Charlotte Repertory Theatre’s controversial, picketed production of Angels in America, staged 20 years ago. The play, which focuses heavily on homosexuality and AIDS, had local officials threatening to arrest cast members for indecent exposure. But that brouhaha wasn’t the only arts event to rock the city.

Shapiro’s So-Called ‘Gumby’
In 1986, Charlotte’s Public Arts Commission selected renowned sculptor Joel Shapiro to design a piece for a new coliseum on Tyvola Road. The artist is known for representational pieces comprised of rectangular shapes. A contingent of elected public officials reacted negatively to Shapiro’s design, and radio personalities John Boy and Billy made fun of it. (A member of the public arts commission even mocked the piece and dubbed it “Gumby.”)

Charlotte’s City Council rejected Shapiro’s design, but the controversy around the coliseum’s art didn’t end there.

The Rise of ‘Topo’
The commission chose a new artist for the coliseum after Shapiro didn’t work out: Maya Lin, of the celebrated Vietnam Veterans Memorial in Washington, D.C. Lin created “Topo,” which consisted of nine, ball-shaped Burford holly bushes arranged on a median. Aerial shots provided the best perspective on the piece. When the piece was finished (without the initially planned mist to make it “float,” due to cost), it had its share of dissenters. Radio’s John Boy said, “Viewing the bushes that are at the coliseum now, maybe we were a little harsh on ‘Gumby.’” The work was destroyed, along with the coliseum, in 2008. It was too expensive to move the ball-shaped hollies. 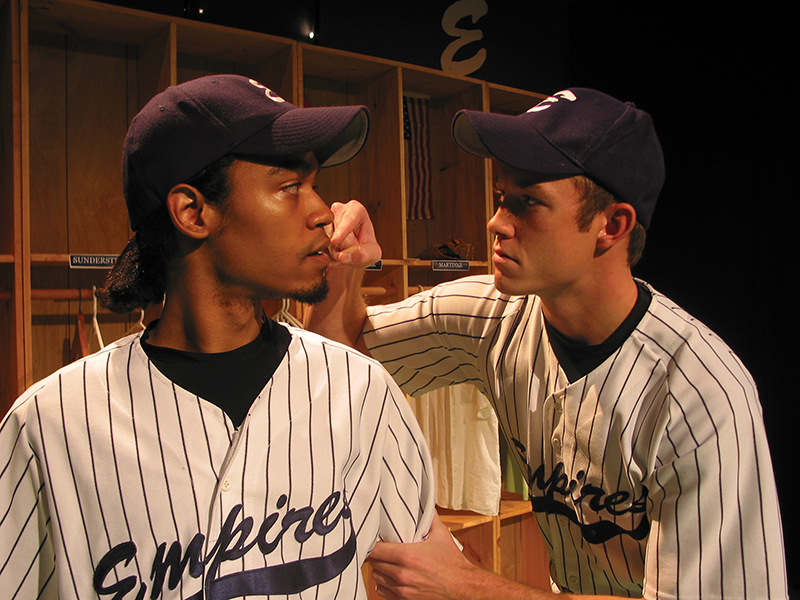 Take Me Out at Actor’s Theatre of Charlotte
Angels in America wasn’t the only play that riled politicians in Charlotte. In 2004, Actor’s Theatre of Charlotte put on Take Me Out, a Richard Greenberg-penned tale about a baseball player coming out as a gay man. Conservatives blasted the story’s homosexual themes, and one particular section of the show: A shower scene in the script calls for nudity, and the play was allowed to continue only after producers concocted ways to obscure the offensive body parts. They used towels and glass doors.

So the show went on. The Los Angeles Times quoted Mecklenburg County Commissioner Bill James as saying, “It’s going to be up to the public to decide if (the play) offends them. Memo to liberals: We don’t tolerate homosexuality.”

Tryon’s Four Corners—And Controversy?
The four statues at the corner of Trade and Tryon—representing commerce, industry, transportation, and the future—have become a postcard image for Charlotte. However, everyone didn’t embrace the statues’ arrival in 1995 when they were unveiled, mostly due to an uncovered body part: a woman with a breast exposed holding a child, depicting the future. The entire Raymond Kaskey piece, however, was controversial, in that it was placed without any public input, a donation from the mostly anonymous Queen’s Table group. Some didn’t appreciate that Kaskey resembled the child in “The Future”; others decried his decision to include a portrait of then-Federal Reserve Chairman Alan Greenspan in “Commerce.”

That’s considerable contention for works of art that have become synonymous with uptown.

Ramesses: Idol?
It was 1988, and the original Randolph Road location of the Mint Museum unveiled the big one. Ramesses The Great: The Pharaoh and His Time was one of the best-attended museum exhibits in North Carolina history, with more than 600,000 visitors in four months. More than 70 artifacts were imported, including the over 24-foot-tall Colossus of Ramesses statue. The National Guard acted as security for the arrival of the pieces at the airport, and the state legislature approved $200,000 for tickets for public school students.

During promotion and an opening procession for the exhibition, some people thought the celebrations amounted to “paganism.” The Reverend Joseph Chambers, of Paw Creek Ministries, led that outcry. He earned a good bit of media attention when he made the assertion that kindergartners were being made to bow down to false gods. Students from Chambers’ Christian school didn’t visit Ramesses.

Longtime Charlotteans: Does Chambers’ name sound familiar? It should; he was at the center of the picketing for Angels in America. It always comes back to Angels.

This article appears in the November 2016 issue of Charlotte magazine.
Categories: Arts + Culture, In Print