Blockbusters like The Dark Knight and Iron Man have proven what some of us already know: comic books are totally hip. They can be framed as art or casually displayed, adding retro charm to any room. Plus, they're super-fun to read. Get the goods at these local comic book stores. 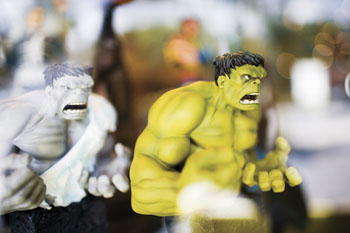 A. Pennyworth's Comics, News, and Collectibles

VIBE The 1,200-square-foot storefront specializes in comics meant to be read, not preserved in plastic.
THE GOODS Stock up on accessories, such as Dark Knight T-shirts ($22.99). Find mainstream favorites including trade paperbacks penned by Frank Miller (he's behind movies like Sin City). Or explore Japanese anime, such as the Berserk series.
SPLURGE A 1960s edition of House of Secrets featuring the first appearance of Swamp Thing sold for $300.
11100 Monroe Rd., 704-849-2287

This article appears in the October 2008 issue of Charlotte magazine.
Contest of the Month