Upon entering the doors of Collinswood Language Academy, you’ll see the typical signs that flank a school’s entrance—those that list school activities, or tell where visitors should report. There are two versions of each sign at Collinswood—one in English and one in Spanish. 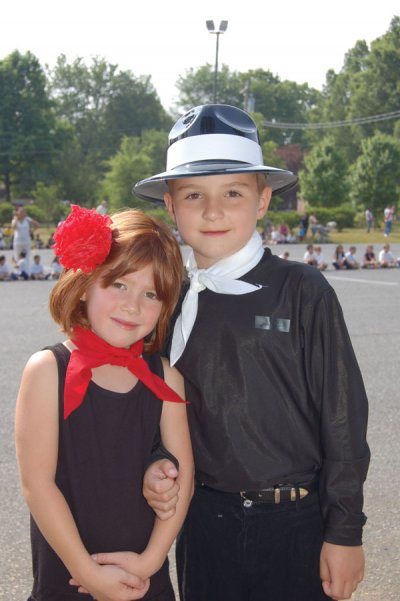 You may claim to have walked five miles to school each day, but today’s children face different obstacles. Here are some local schools that are meeting them, and shaping the futures of our youngest.

Upon entering the doors of Collinswood Language Academy, you’ll see the typical signs that flank a school’s entrance—those that list school activities, or tell where visitors should report. There are two versions of each sign at Collinswood—one in English and one in Spanish.

While the signs at Collinswood might seem typical, it is not your average elementary school. It’s a magnet school that educates students through its Dual Language Immersion Program. Kindergartners are taught in Spanish for 90 percent of the day and in English for the remaining 10 percent. First- through fifth-graders are taught half their courses in Spanish (math and social studies) and half in English (English literacy and science). The student population is 55 percent Hispanic, 16 percent black, 19 percent white, 2 percent Asian, and 8 percent multiracial.

“We don’t have significant gaps in performance between our subgroups,” says Principal Maria Petrea, who’s headed Collinswood for ten years. “When kids come through the door, we don’t look at them as their subgroups. We look at them as English speakers and Spanish speakers. Regardless of what language they speak, we believe all children can learn.”

And the children are learning at Collinswood. Ninety-six percent of its third- through fifth-graders scored at or above grade level in reading and 89 percent in math on the 2006-2007 end-of-grade tests, far above the district average. It is also bucking the trend by performing highly despite the fact that 55 percent of its students are on free or reduced lunch.

“It’s a demanding school,” says Ashley Roehrig, mother of a rising fifth- and second-grader at the school and a third child starting kindergarten there this fall. “We chose the school because we wanted our kids to get the rich cultural experience it offers. My kids will be bilingual when they leave here.”

Petrea is well aware of the advantage. “Only 25 percent of public schools in the U.S. offer a second language at the elementary level, compared to 85 percent of private schools.”

While the school’s dual-language program is what draws the most attention (it’s the only one in the state), Petrea is quick to point out that there are several other factors that contribute to the school’s success. “We research the best ways to accelerate learning. And each year we tweak the curriculum and make it better.”

Two years ago the school implemented a program called Grammar Colors, in which colors are used to teach content vocabulary and grammar structures. The same colors are used in English and Spanish. Black is used to write the vocabulary words of the lesson. Within the Spanish class, the words are written in English using the color red. Green is used to underline the tense of the verb, blue is used to underline the root part of every verb, green letters are used to identify plurals, and affixes are designated by a red circle.

“Gradually they transfer that knowledge and begin to understand the structure of words and grammatical context,” Petrea says. “Children can’t learn it all at once. We give it to them little by little during the course of the year.”

By the time the students are in the fifth grade, that “little” has added up. Superintendent Peter Gorman paid a visit to the school, and Petrea says he liked what he saw. “He was amazed that our fifth-graders were being taught algebra.”

Principal Lenora Shipp credits Bright Beginnings for helping get students off to a good start at Sedgefield Elementary. Bright Beginnings is a full-day, literacy-based pre-K program, with the goal of helping students perform at grade level for reading by the third grade. It serves more than 3,100 students in CMS.

“We have one of the best site programs in CMS,” says Shipp, who’s been the principal for eight years. She relies heavily on the program for the population she serves. Ninety-four percent of the students at Sedgefield are on free or reduced lunch. “We’ve been successful with the children, and we have both a challenging and at-risk population.”

One of the components of Bright Beginnings is a writing program. “We have the kids start writing early. If we can catch these students at pre-K and carry them through the fifth grade, they’re going to succeed. Many are top-level students when they graduate fifth grade. They leave here and do well in middle school.”

Shipp also notes that the school’s facilities play a key role. They moved into a new building in 2002. “We jumped onboard with technology, and that has made a difference,” she says. “We offer accelerated reading and accelerated math on our computers.”

Charlotte-Mecklenburg Schools has offered a Montessori magnet program since 1992. It began with one school in the district, and today there are three. While the schools teach students in elementary grades, the structure of the schools is very different from most elementary schools. The students are grouped in classes of pre-K and kindergarten, first to third, and fourth to fifth grades.

“This allows the younger students to have role models in the older students because it is multiaged,” says Robbie Kale, director of magnet programs for CMS. “Because they’re multiaged a lot of them are self-paced. That’s the best way to grow a Montessori school.”

Chantilly Montessori school opened two years ago, starting out only serving pre-K through kindergarten. Each year it will add a grade until it includes fifth-graders. The other two schools in the district are Highland Mill and Park Road.

Students are taught with materials specifically designed for the program. Blocks are used in math, puzzle maps are used in geography, and there’s a Practical Life course that uses materials for food preparation. Teachers at the school must be certified Montessori trained.

“It’s about looking at the way children learn and making sure you provide the environment,” Kale says about the teaching style that is based on the practices of Maria Montessori, an early-twentieth-century Roman educator. “It does give a lot of freedom for children to explore, but it’s very strategically placed. ”

Kale says the schools’ appeal has grown, as there are waiting lists for enrollment. Selection is based on a lottery system.

Jarvis Holliday is an associate editor at this magazine.