This Salisbury native and Davidson grad writes about rural North Carolina -- specifically Rowan County -- from the perspective of someone who knows it well. This month he'll share that perspective at the Public Library of Charlotte and Mecklenburg County's seventeenth-annual Novello Festival of Reading. With books reflective of his Southern roots and time spent in the courthouse as an attorney, book reviewers can't help but compare him to that other Southern lawyer turned writer with the first name John. But with a new novel on the way and his current ones scooping up awards, Hart is definitely making a name all his own. 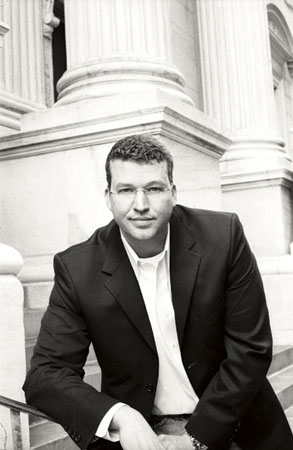 Do you have a favorite between your two books, The King of Lies and Down River?
C'mon, you know that's not fair. That's like asking me which of my children I love more. I love The King of Lies because it's the one that made me and brought me out onto the playing field. I love Down River because it's the one that won the Edgar Award. Actually, my favorite right now is the third one that comes out in May, The Last Child. Everybody from the president of the publishing house down to my wife and myself agree that it's the best one by far.

Is it similar to the first two?
It's actually quite different. The first two were set in the Salisbury area, which is where I was raised and practiced law, and I wanted to do it a little bit differently with this one. I completely fictionalized the setting in the third book. Also, because both The King of Lies and Down River are first-person narratives told from the perspective of an adult white male, I was concerned that my books might start to feel similar if I wrote another one in the same vein. So the third book is third person with multiple point-of-view characters. The main character is a traumatized thirteen-year-old boy whose twin sister vanished a year before the book opened.

Is the fictional setting still in the South?
Yes. It's still in North Carolina. I just moved it a little more down east. The fictional area is somewhere south and east of Raleigh.

You mention on your Web site that your protection of North Carolina's open spaces is one of your great passions. Can you elaborate on that?
When I was a kid we had a 500-acre farm out on High Rock Lake. My childhood was spent out there, and it was very idyllic. We were out there every summer. Then when my parents were divorced the property was sold and turned into a trailer park and a junkyard, and that's what it is to this day. It's never going to go back to the pristine shape that it was in. It's just something that I'm very passionate about because of those childhood memories. My greatest ambition right now is to sell enough books to buy a very large farm for myself.

This article appears in the October 2008 issue of Charlotte magazine.
Categories: Agenda > Conversation
Contest of the Month