Craft beer: Not just for drinking

You’ve probably heard of beer dinners here in Charlotte, in which each course at a restaurant is paired with a different beer to accentuate the flavor/style. Many of the local breweries partner up with restaurants monthly to put these on, and I encourage you to go if you’ve never been. It’s a great experience where you can learn a lot, both about the food and beer.

But did you also know craft beer can be used as an ingredient in dishes? And I’m not talking beer can chicken (though that is great). No, this is all about taking a five-star dish, and making it work using delicious craft beer. That was the challenge Monday night for two top local chefs during Fire in the City, a competition to determine who has the best culinary chops in Charlotte.

Fire in the City is part of the Competition Dining Series, with battles taking place in five different North Carolina cities: Asheville/Blowing Rock, Charlotte, Greensboro, Raleigh and Wilmington. The top chef from each city competition earns $2,000 and moves on to the “Final Fire,” where all five compete for a grand prize of $4,000.

In each battle (it’s a single-elimination bracket), the two chefs each prepare three courses. But here’s the catch: Each course must feature the special ingredient, which they don’t find out about until noon that day. The dishes are then served that evening to those who have made reservations (all of Fire in the City takes place at Bonterra) and that evening’s guest judges.

It took me a little by surprise when I was asked to be a guest judge. While Fire in the City boasts local craft beer ties (Four Friends Brewing and Triple C Brewing have been featured on tap and as part of a few dishes already in past weeks, while Heist Brewery was a participant in the competition), I’m admittedly more comfortable giving my opinion on beer, not bouillabaisse.

Then I found out two of my local beer-writing comrades, Daniel Hartis of CharlotteBeer.com and Cam Heiliger of Creative Loafing, were going to be there, and I knew something was up. I had tweeted earlier in the day that maybe the special ingredient was going to be beer, and I was spot on (channeling my Gordon Ramsay voice). More specifically, the chefs would be using Olde Mecklenburg Copper as part of each dish.

Along with penning thoughtful craft beer prose for Creative Loafing, Cam also works at Olde Meck, so he was able to speak to the guests about the brewery and the style of OMB Copper. Heidi Billotto, the official blogger of Fire in the City, also joined us at our table. Heidi admitted early on that she wasn’t a big beer drinker and was glad we were there to help describe how the Copper highlights the dishes, and we also ended up convincing her to try some OMB (just doing our jobs, getting another convert). 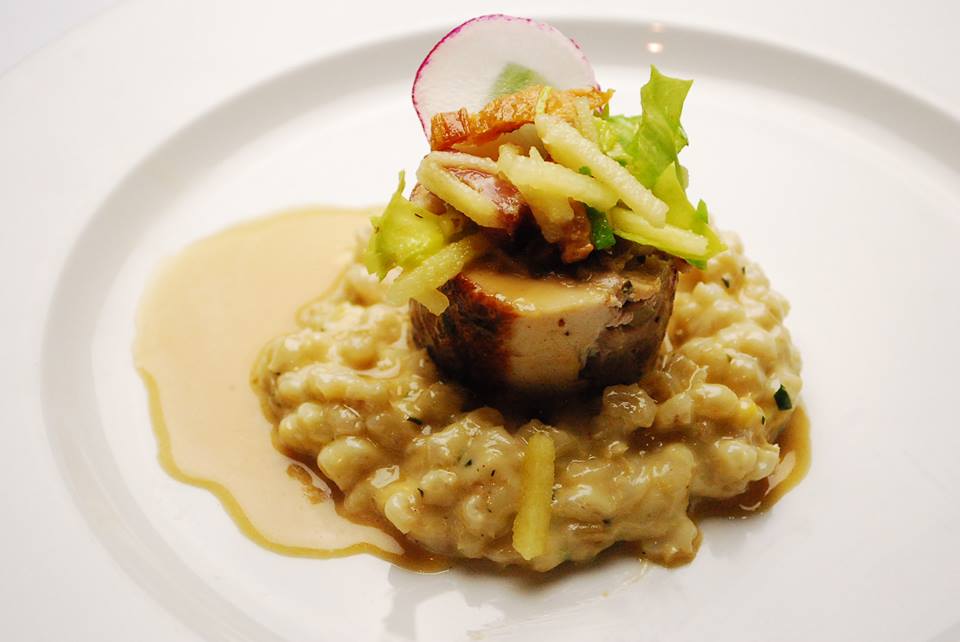 This OMB glazed chicken and pork roulade with beer and barley risotto was simply outstanding.

Fire in the City began in early September with 16 local restaurants. Currently in the quarterfinals, Monday evening’s battle featured chef Brian Mottola from e2 Emeril’s Eatery against chef Jon Fortes from Mimosa Grill. The courses were served without anyone knowing which chef prepared what, and then guests voted on their smartphones.

I thought both chefs did a superb job taking the Copper and working it into the dishes. In some courses, it was tougher to pick out the beer itself, but the food overall was spectacular. My favorite course of the night was an OMB Copper glazed “Naked Bird” pork and chicken roulade with beer and barley risotto, topped with celery and apple slaw (which rightly scored the highest out of any course). Both desserts were dynamic, but I couldn’t get enough of the brown butter sponge cake paired with OMB Copper chocolate fudge and OMB Copper ice cream with porcini streusel. 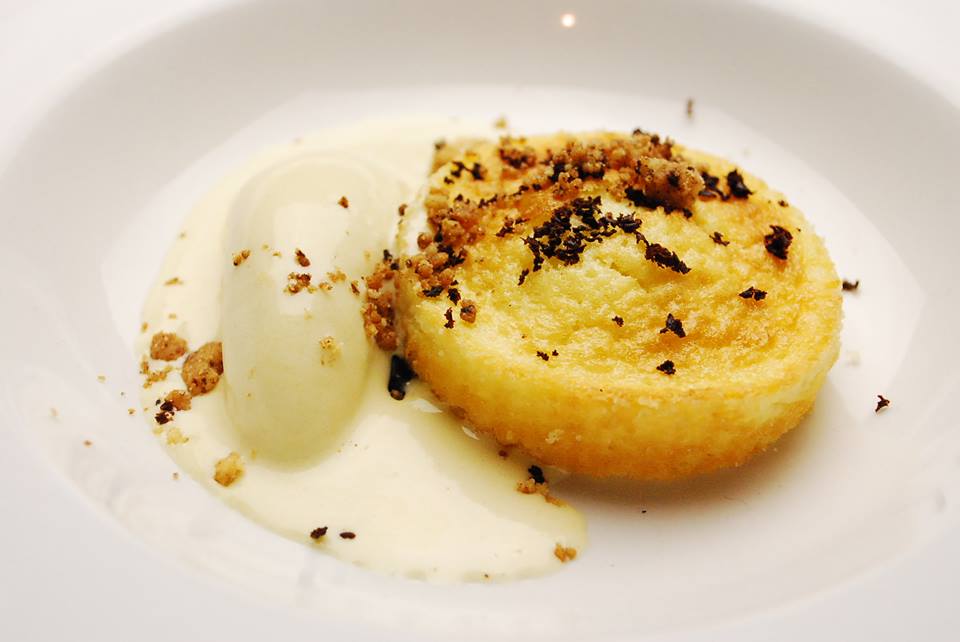 In the end, Jon Fortes and Mimosa Grill came away victorious to advance to the semifinals. It was great to see craft beer used in such unique ways, and local craft beer at that. Unfortunately, the remaining battles for Fire in the City are all sold out, but I encourage you to go if it comes back next year.

Check out all of the dishes featured by going to Fire in the City’s Facebook page or the Competition Dining’s Web site.