IN THE COOL of the morning, I sit on the beach in Duck, surrounded by ghost crabs. The sandy-colored crustaceans are difficult to spot. The stealthy critters emerge halfway from their burrows, ready to hop out or dive back inside. They assess their environment with beady, black eyes. When they move across the sand, they look as if they’re floating, making no sound, leaving no tracks. 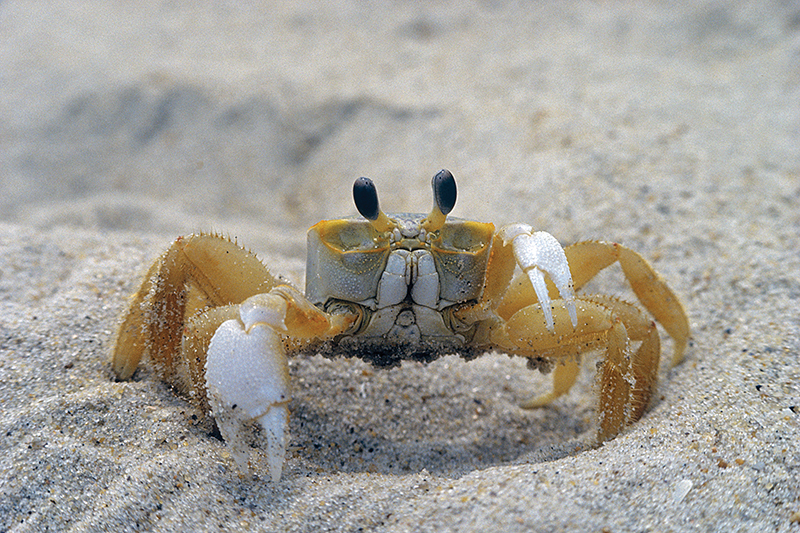 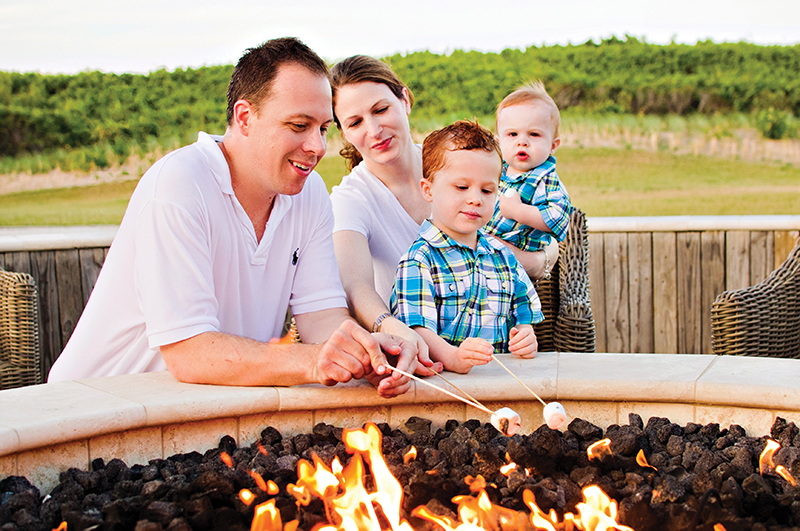 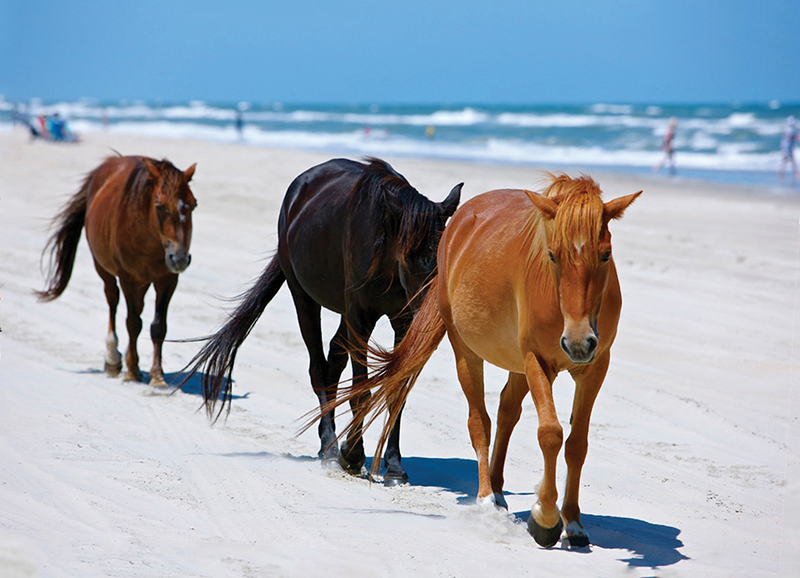 The Atlantic ghost crab lives up and down the east coast. This morning scene could take place in New England or Florida, but the key to experiencing it is being still. And stillness is a rare commodity in today’s beachside towns.

Duck, located on North Carolina’s Outer Banks, is one of the last municipalities on northern North Carolina Highway 12 before the asphalt becomes sand. It’s a six-hour drive from Charlotte. You can hit United States Highway 64 in Lexington and follow it 285 miles until you must turn or risk running into the ocean. Its remote location affords Duck some of the quaintness many seaside destinations lost years ago. It is also limited by its size. The town of Duck encompasses 2.42 square miles of land, bordered on the east by the Atlantic Ocean and on the west by the Currituck Sound.

During the busy season, traffic backs up and restaurants have hour-long waits. But Duck retains an understated simplicity. The focus here is the water and the sky, sunrises and sunsets unobstructed by high rises or Ferris wheels.

The Sanderling Resort reflects the essence of Duck. Located north of downtown Duck’s shops and boardwalk, the sandy-colored, three-story resort spans both sides of the highway. The main Beach House building is flanked on each side by the North Inn and South Inn. Inside the lobby, hardwood floors join barely yellow walls and white trim to create the classic feel of a seaside cottage—more on the order of HGTV than the kitschy one your grandmother decorated. The one bold accent color is orange, which complements the sun as it rises from the Atlantic in the morning and sinks into the Currituck each evening.

My personal goal while in Duck was to catch each sunrise and sunset. The Sanderling makes mornings too easy. I watched two sunrises in the comfort of my oceanfront room, one from the covers of the marshmallow-like bed and another from the Adirondack chairs on the balcony.

I took in one sunset from the bar at the Lifesaving Station restaurant. The building was once station No. 5 for the United States Lifesaving Service, a 19th century precursor to the Coast Guard. I ate succulent scallops atop tender ravioli and drank sauvignon blanc as I chatted with Jeff, the surfing bartender.

For my final Duck sunset, I walked across Highway 12 to the Paper Canoe restaurant and requested a seat in the bar overlooking the sound. I met a couple from Durham on a “babymoon.” It was their first trip to Duck, full of hope and anticipation. I met an older couple from Virginia, who sat at a tall table by the window and sipped glasses of red wine as the sun turned the clouds pink and purple. They’ve been coming to this seaside escape for years, they said; it’s their happy place.

As I wandered back across the street, the stars twinkled overhead and the breeze smelled brackish. Upon returning to my room, I opened the balcony’s sliding-glass door. The sound of the ocean rushed in. The crashing waves filled the stillness and lulled me to sleep.

Leah Hughes writes from her family’s farm in Jackson Creek. Contact her at leahchughes@gmail.com.

The Sanderling Resort has three inns—North Inn, Beach House, and South Inn—as well as private vacation rentals. Wherever you stay, you have access to balconies and porches with locally made chairs by Nags Head Hammocks and water views. Complimentary s’mores kits encourage gathering around the two large fire pits in the evenings. The Spa at Sanderling sits across Highway 12, with treatment rooms overlooking Currituck Sound. 1461 Duck Rd., 855-412-7866.

Resort dining options include the casual Lifesaving Station, which serves three meals a day year-round, and the more upscale Kimball’s Kitchen, which serves dinner May through mid-October. Neighboring restaurant the Paper Canoe has craft beer on draft and wood-fired pizzas, as well as seafood entrees. If possible, sit in the bar. 1564 Duck Rd.,  252-715-2220.

Corolla Outback Adventures takes visitors to the four-wheel-drive-only beaches north of Highway 12. This area is home to Colonial Spanish Mustangs that roam the beaches, dunes, and maritime shrub. The family-run tour company has been in operation since the 1960s. 1150 Ocean Trail, Corolla, 252-453-4484.