Local company wants to change the way you talk 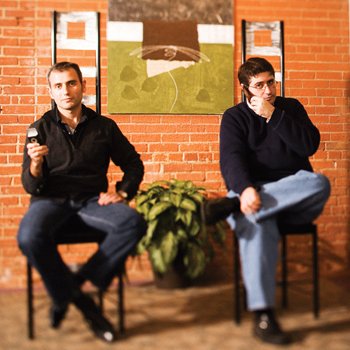 Brothers Igor, left, and Victor created a system that allows users to send ext messages by speaking into their mobile phones.

While mobile phone advancements are revolutionizing the way folks do business and socialize, they're also making the roads that much scarier as people chat and, God help us, send text messages or browse the Web while behind the wheel. But Yap, a Charlotte-based company, is doing some innovative work with the mobile Web industry that, while unlikely to make obsessive cell phone users any less annoying, could make them less of a hazard.

"Texting while driving is obviously dangerous," says Igor. "But you're not going to change human behavior. Yap, in addition to its social utility, will also enable people to be more productive in a safer way."

The software also allows users to query Web services with nothing but their voice. So you can find the nearest Starbucks using Google, get movie times from Yahoo, or check a flight's status on Orbitz.

In 2006, Yap was named a finalist in UNCC's Five Ventures business-plan competition. With startup costs of about $1.5 million, they launched the company in May 2006 with Igor, thirty-four, serving as CEO and Victor, thirty-two, as COO.

Igor says they tapped local angel investors for the startup costs, and they continue to seek venture capitalist funding. He declined to divulge revenue numbers, but indicates that their goal over the next year is to simply break even. "That's a big hurdle for a new technology company, because you have a bunch of scientists, and they aren't cheap."

While Yap's text messaging capability is garnering most of the attention, Igor points out that the platform's ability to access Web services holds great potential. But it also puts them in competition with industry giants like Google and MySpace.

"Frankly I'd rather partner with all those folks than compete," he says. "We're better off layering our technology over their existing methods."

This article appears in the February 2008 issue of Charlotte magazine.
Categories: Buzz > Power
Contest of the Month