Students and Charlotte's elite alike turn out for inspiring event 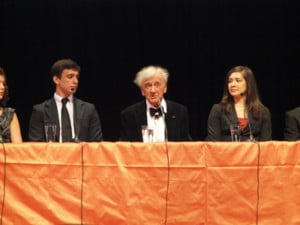 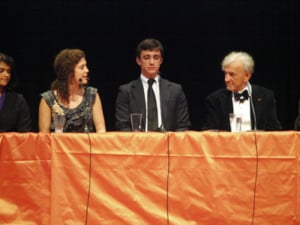 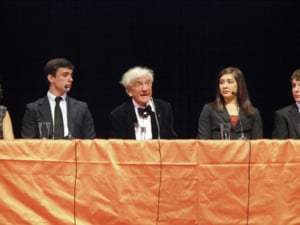 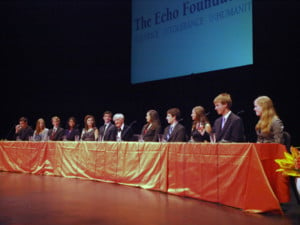 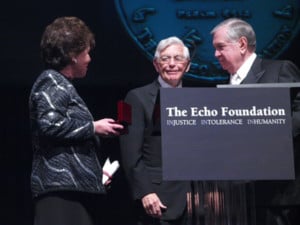 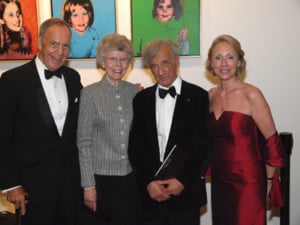 Russell and Sally Robinson with Wiesel and Stephanie Ansaldo 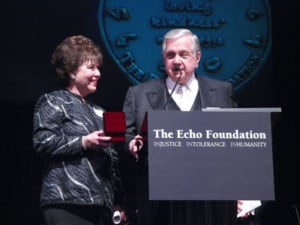 It was so Charlotte, which is not a bad thing: more than 800 movers and shakers dressed to the hilt nearly filled Knight Theater on September 21 to decry man’s inhumanity to man and show their reverence for Elie Wiesel, perhaps the most iconic figure to emerge from the Holocaust.

They even honored überphilanthropists Leon and Sandra Levine by naming an award for them, all the more reason the Echo Foundation billed it as A Night to Remember. The nonprofit was founded by Stephanie Ansaldo, an upper-school counselor at Charlotte Latin School who got this idea to bring Wiesel to town in 1997. She pulled it off, and moved by Wiesel’s interaction with students (and adults) and his command to “keep going, you must not stop now,” Ansaldo started Echo that same year. It’s been bringing peacemakers to Charlotte ever since to preach reconciliation.

With A Night to Remember, Echo came full circle. Wiesel, wearing a corduroy tux and sporting a wild shock of white hair, returned for the premiere of In the Footsteps of Elie Wiesel. The documentary follows a dozen Charlotte high-schoolers to Europe in 2007, where they retrace Wiesel’s life starting with his birth in Sighet, Romania. Its most powerful moments come when the students visit the Nazis’ Birkenau concentration camp, which Wiesel survived. It closes with grainy photos from the Holocaust, cutting to the students from Myers Park High and the like wiping away tears and writing in their journals.

As one teenager on the trip said, their charge now is clear: “go do something in the world.”

Wiesel, who wrote the definitive Holocaust memoir Night and won the Nobel Peace Prize in 1986, took the stage after the documentary. In a Q&A that felt part candid and a tad staged, he fielded questions from students about the Holocaust, Rwanda, and whether there is any reason today to cling to hope.

“Don’t live your life,” Wiesel counseled, “unless it is linked to someone else’s.”

The evening ended—at least the part before the heaviest hitters moved on to a private reception—with the Levines accepting more thanks from a grateful city: the Sandra and Leon Levine Medal for Life was unveiled, to be awarded to someone who inspires us to reach our highest potential.

Ken Garfield, a frequent contributor to Charlotte magazine, is director of communications at Myers Park United Methodist Church in Charlotte.