Afshin Ghazi’s mixed-use project on the old convention center site has injected excitement into downtown, with clubs such as Whisky River and Suite. Riding the escalator through a tunnel of changing colors to the movie theaters and Mez, a restaurant, is a gas.

But despite being in the urban core, this project designed by DMR Architecture of Charlotte has a suburban feel. At the important corner of Trade and College, there is no restaurant or shop, only steps. The sports bar BlackFinn has no entrance on College Street. (Fleming’s, a steakhouse, does.) A cobblestone lane curving off College is lined with mall-like façades. And like a mall, most of the action is off an interior courtyard, which does have stairways and an elevator that offer fun views.

Little design oomph went into the bland Fourth Street elevation, enlivened only by commercial signs, including a large bowling pin. By making a façade on such an important street the project’s rear end, the designers thumbed their noses at the city. 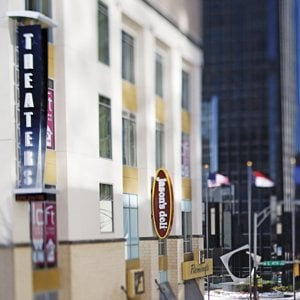 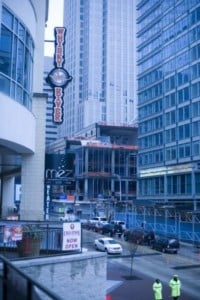 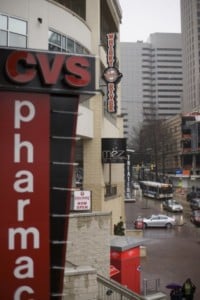 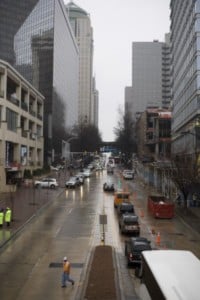 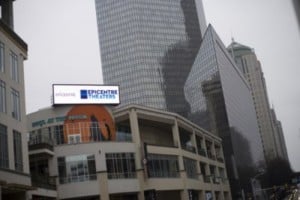 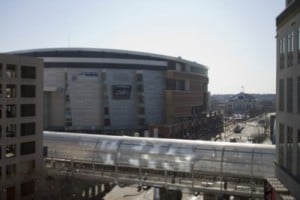 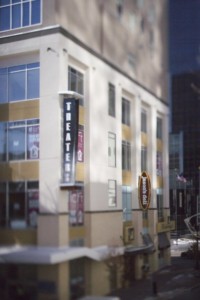 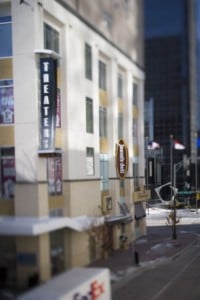 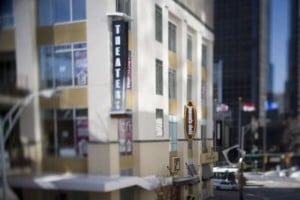 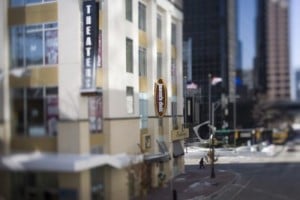 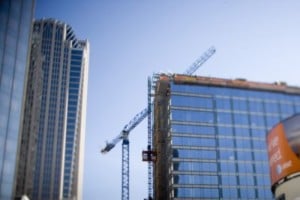 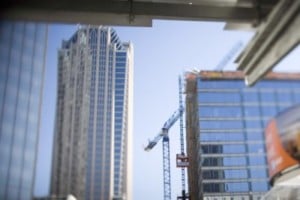 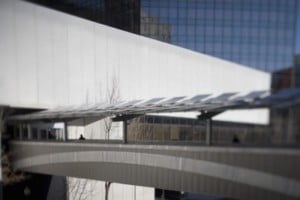 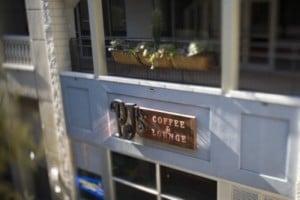 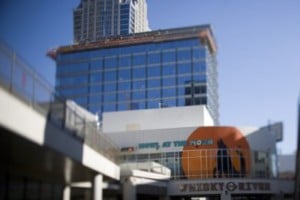 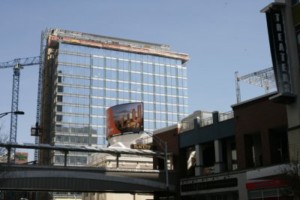 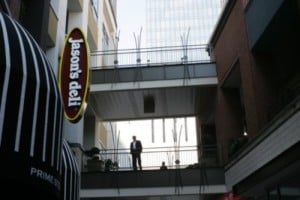 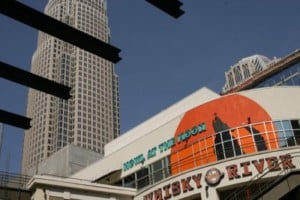 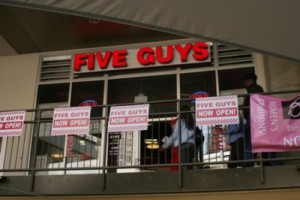 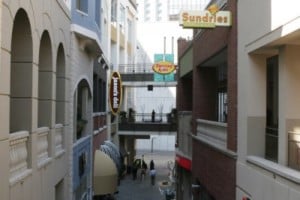 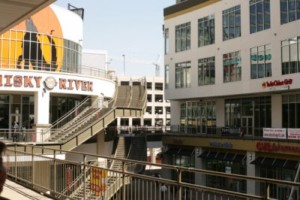 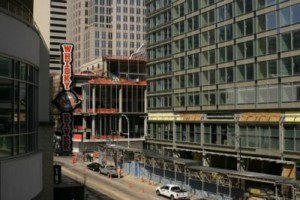 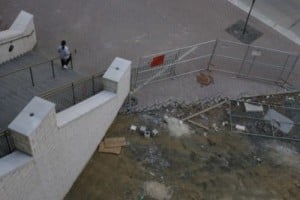 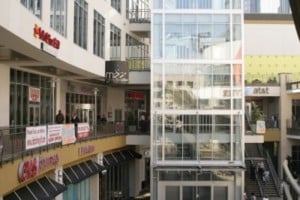 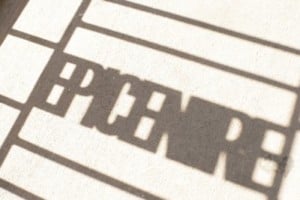 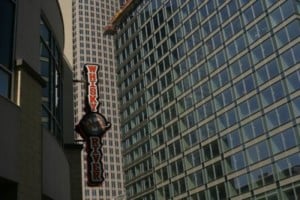 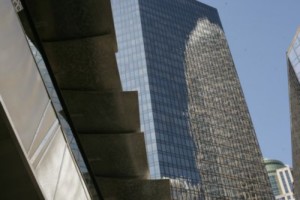 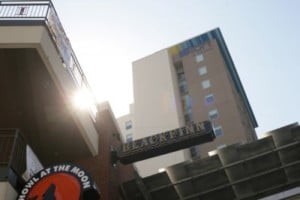