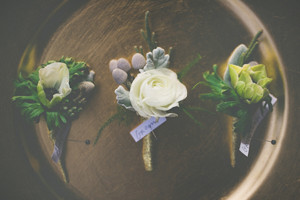 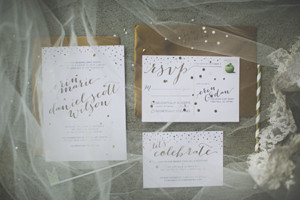 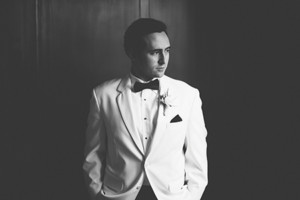 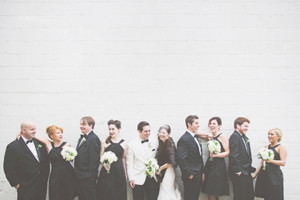 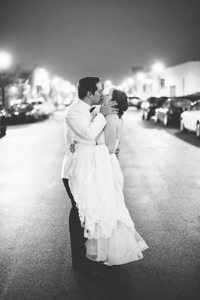 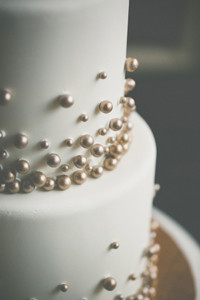 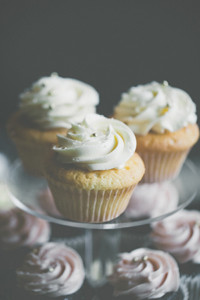 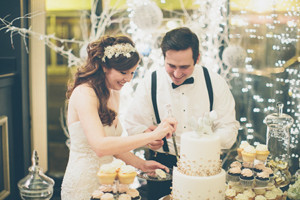 Erin Doran and Dan Wilson met online through friends, sharing each other’s lives and exchanging dating advice. It took them three years to meet in person and then another seven years of dating before Dan popped the question, with a ring hidden in their takeout box.

Wanting a wedding that was out of the ordinary, together they planned a 1940s New Year’s party, with a white and gold color palette, twinkling gold lights, and lots of confetti. The couple was married in a ceremony inspired by the Celtic handfasting tradition in the old courtroom of what is now the Gettys Art Center. Then the party moved to the City Club of Rock Hill, the art deco former home of a Belk department store. The groom wore a white dinner jacket, with his groomsmen in black tuxes, bow ties, and suspenders. The bridesmaids wore classic black from David’s Bridal.

After signature caramel apple cocktails and The Olde Mecklenburg Brewery’s Mecktoberfest in the members’ bar, Dan and Erin danced to Louis Armstrong’s “La Vie en Rose.” All the Right Grooves played big band and jazz throughout dinner—London broil and shrimp and grits—before the party jumped on the dance floor to some classic tunes, like “Apache” by The Sugarhill Gang.