THE SECOND-FLOOR studio in a nondescript building in Myers Park buzzes with the chatter of half a dozen fit women. Open windows let in the first cool breeze of the fall season, lowering the temperature before the sweating begins. 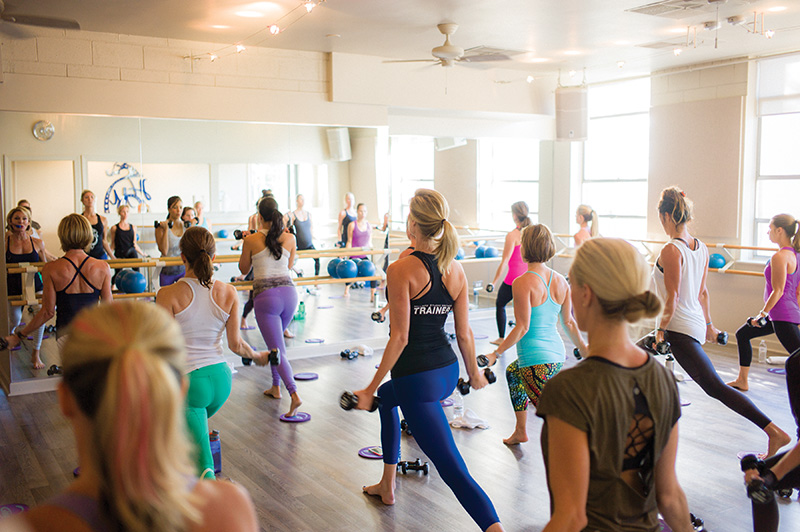 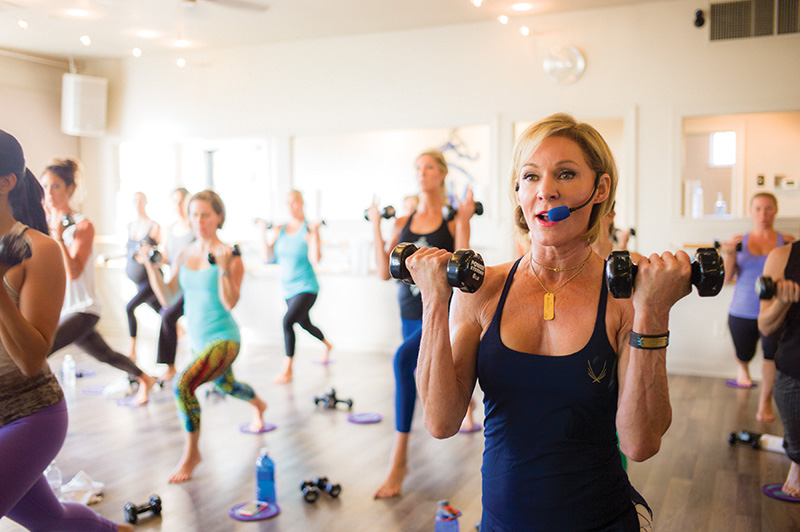 Liz Hilliard, 61, and her daughter Clary Hilliard Gray, 33, stride into a small waiting area. Tall, slender, and strong, they’re wearing identical, funky workout tights with gold, diamond-shaped accents. “Of course we are wearing the same pants,” Clary says. “I would say that it’s super uncommon, but we basically share a brain.”

The mother-daughter team runs Hilliard Studio Method, a workout studio that has attracted everyone from Miss NC USA to the Queens University golf team to Olympic swimmer Ryan Lochte.

Liz, a native Charlottean, developed the concept after spending years practicing Pilates. When she first tried that exercise method more than 14 years ago, she was hooked. “I took one class, and a few minutes in, I thought, This is it.”

Not long after, she made her way to the STOTT Pilates International Training Center in Toronto and graduated with training that positioned her to open her own studio. She opened Performance Pilates in Charlotte in 2002.

Five years later, Clary was preparing for her wedding and was unhappy with her workout results. “I was running an hour a day, doing hot yoga four times a week, and I still wasn’t seeing the results I wanted,” Clary says. So she turned to her mom for help.

“I guess we used you as the guinea pig,” Liz says.

Liz hit the books and began reading up on different workouts, visiting New York, Los Angeles, Miami, and other major fitness hubs to observe classes. This research led her to develop an extreme approach to personal training and group fitness: effective, ultra-efficient workouts. She describes it as Pilates on steroids. Every class has a different routine, so each workout challenges the body in a new way. Participants engage the core, while incorporating resistance and weight training and maintaining a neutral spine alignment.

Some clients use words like “terrified” and “intimidated” when describing how they felt about the classes before they signed up. But they keep coming back.

SUNDAY'S MIDDAY class starts in half an hour. Women walk in—all smiles—and reach for mats that hang from the wall and a pair of eight-pound weights. Caroline Reinert and Logan Hanby, both brides-to-be, talk about their upcoming weddings. Reinert’s is in a week. Hanby’s is three months away. It’s the final fitness stretch before the big days. To enter the studio, they’ve already climbed a long, steep flight of metal stairs. There doesn’t seem to be an ounce of fat in the building.

Liz admits the studio’s workouts are difficult but says every student works at his or her own pace. There are different levels of classes, with beginner “essentials” classes incorporating low-impact, high-intensity, controlled movements into one-hour sweat sessions designed to strengthen the body. For students looking to push themselves more, the studio offers Beyond Barre and other targeted classes, such as Bands + Gams, which is a more intense workout aimed at “saddlebags” and “muffin tops.”

Liz and Clary develop new variations to workouts weeks in advance of each class to constantly challenge members. “Probably our biggest class is at 5:45 a.m.,” Liz says. “We’re talking a.m., 5:45 in the morning, and we’ll have women sitting around at 5:20 waiting on us.”

In addition to workouts, the Hilliard owners emphasize the importance of a balanced diet of whole foods. Building a strong, healthy body is “about 70 percent nutrition,” Liz says. Clary jumps up from the bench, grabs a bookmark from the reception desk, and runs back.

“This is the recipe for our signature smoothie,” she says. The drink blends avocado with berries, whey protein, a specific brand of organic greens powder, chia seeds, coconut water, and lime.

The motto on one of the Myers Park studio walls reads, “Be powerful.” Instead of turning this into a cliché, Liz says it’s a way of reminding clients what they’re capable of, particularly those who are battling the natural forces of time and gravity.

“I see a lot of women who think, the older they get, that they need to work out less, to be ever so careful with their bodies,” Liz says. “But they really need to be working out a lot more, using heavy resistance, safely.”

Try a dash of cinnamon or spice for added flavor and nutrition.

For an anti-inflammatory, add turmeric root or ginger root.

This article appears in the January 2016 issue of Charlotte magazine.
Categories: Health, The Buzz