Finding A New Mayor In 10 Pictures

From the time the news broke and Patrick Cannon resigned, it took 15 days to find his replacement. 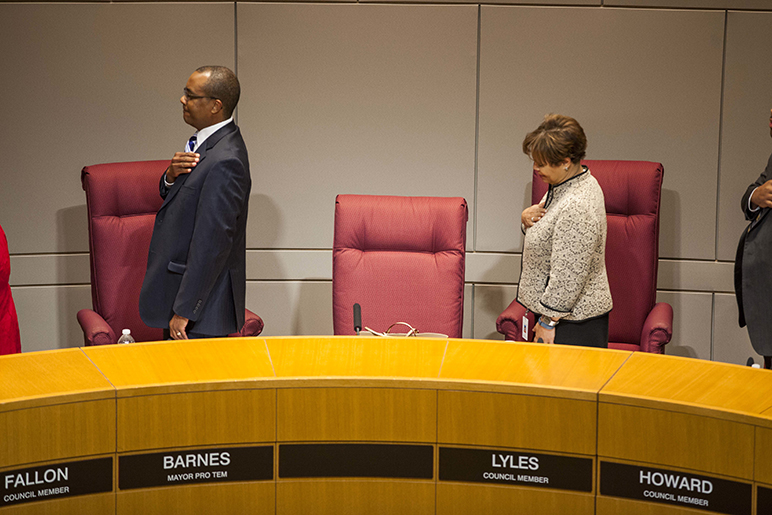 Mayor Pro Tem Barnes and Councilwoman Lyles turn to face the flag during the Pledge Of Allegiance during a special city council meeting to discuss appointing a new mayor. 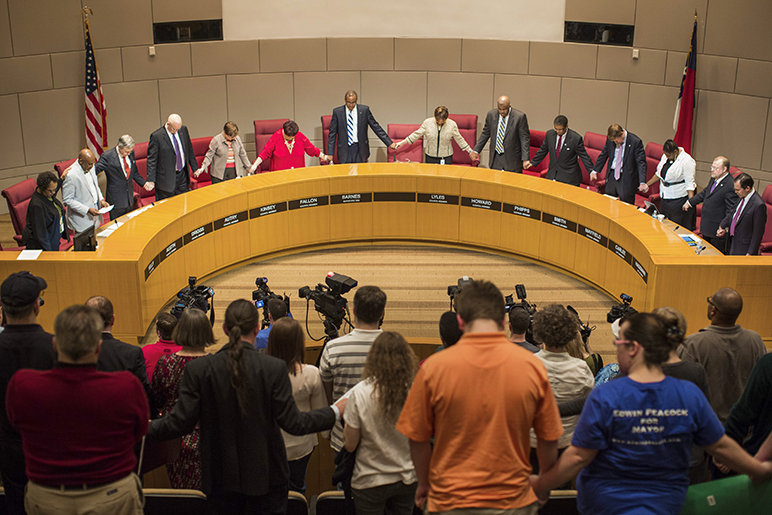 Members of city council and residents of Charlotte join hands in prayer before the start of a special city council meeting to discuss appointing a new mayor. 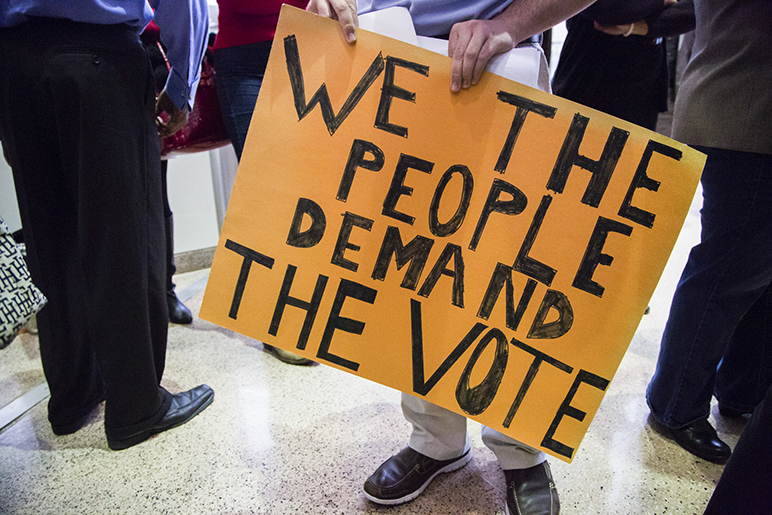 A concerned Charlotte resident holds a sign outside the main meeting chamber at the government center. Residents came to voice concerns over the selection process and many thought it was unfair that the new mayor would be appointed by city council and not put to a public vote. 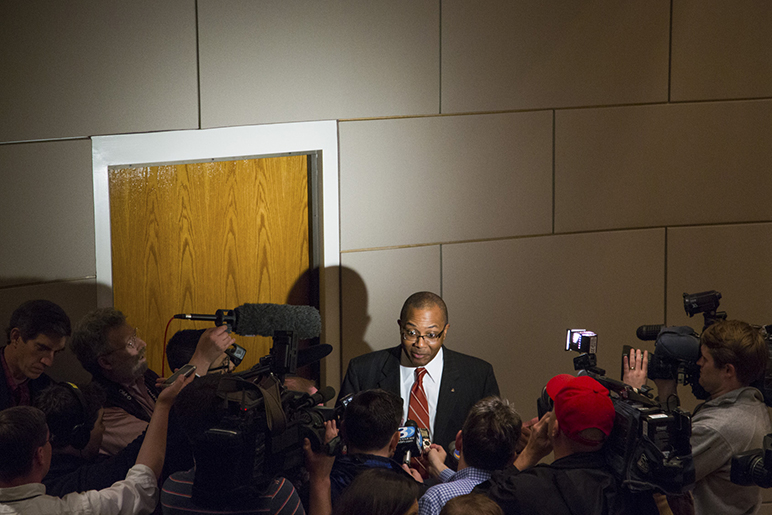 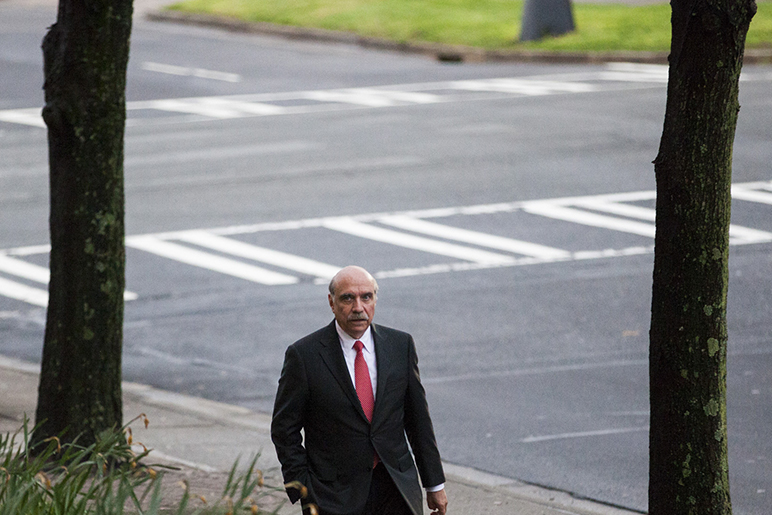 Soon after the vote appointing him as Mayor Cannon's successor, NC State Senator Dan Clodfelter made his way to the government center in Uptown to address the media. 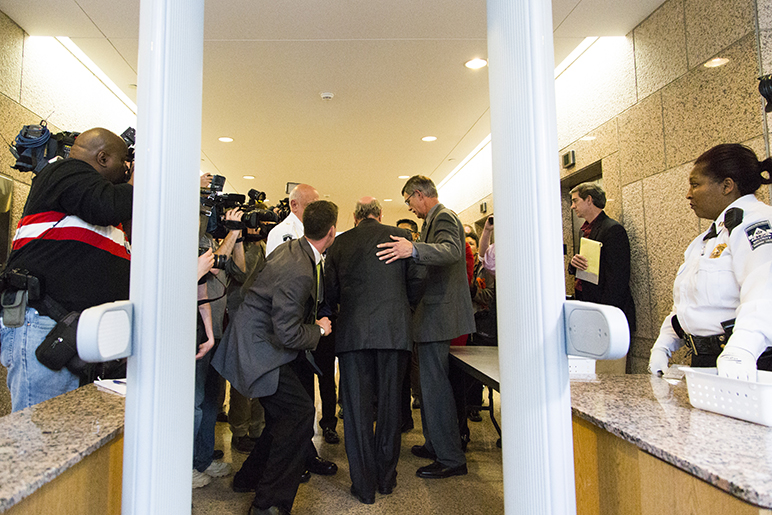 After getting through security, soon-to-be-appointed Dan Clodfelter meets the local media. 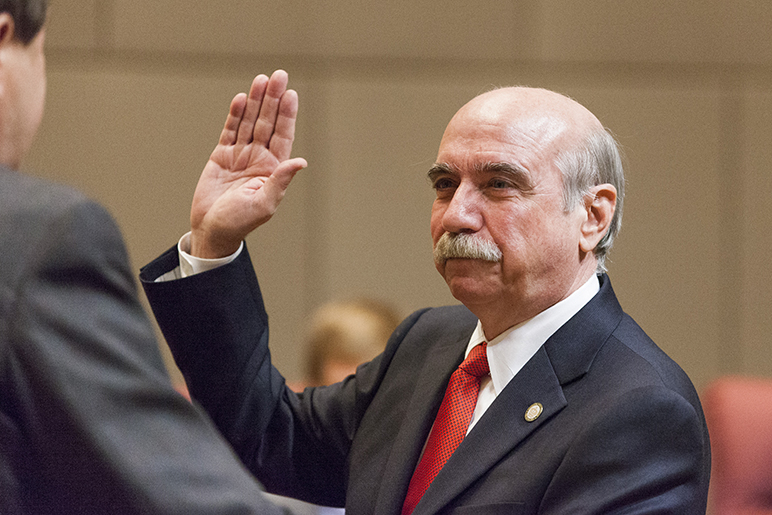 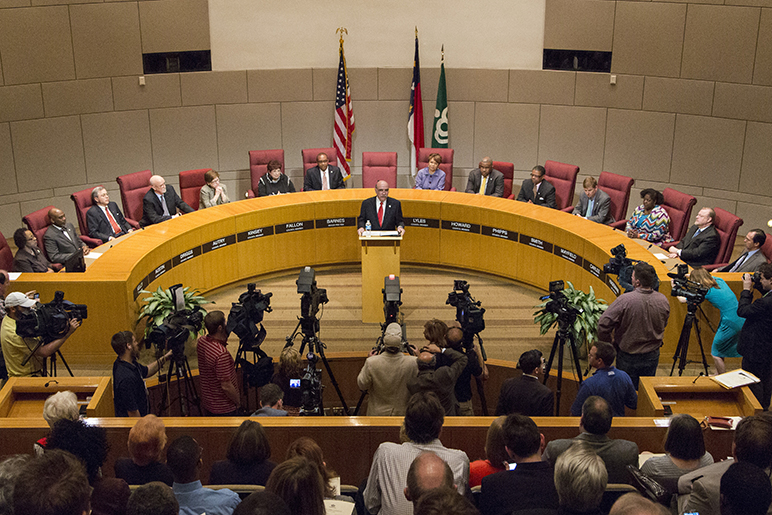 Mayor Dan Clodfelter addresses the city for the first time as mayor. 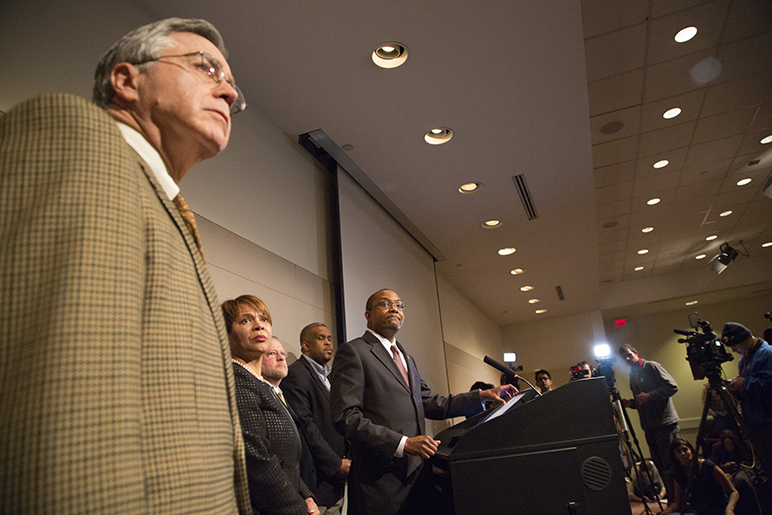 After about 2 weeks,  Mayor Clodfelter's placard replaces the empty slot in front of the mayor's seat.