Hoppin’ owners open their new concept on July 27 in Plaza Midwood (and yes, they have parking)

Pinhouse opens on July 27 on Central Avenue in Plaza Midwood in the building that once held Midwood Cleaners. It’s the second concept from Rich Moyer and Drew Nesemeier, who opened the city’s first self-serve taproom, Hoppin’, in South End in late 2017.

The two-story, 6,036-square-foot space feels very different than Hoppin’: Pinhouse’s décor is 1920s Great Gatsby-style, and it’s more than double in size with 70 self-serve taps (using the same iPourIt technology) and four duckpin bowling lanes on the bottom floor. Duckpin bowling is a variation on tradition bowling with smaller balls and 10 short and squat pins. Pinhouse will also have an on-site food truck, Twisted Eats by Kre8, and a parking lot (!).

Later this year, or early next, Moyer and Nesemeier will also be opening an entertainment venue and self-serve bar called The Studio in The Music Yard in South End in between SouthBound and Mac’s Speed Shop. In addition, a second location of Hoppin’ is in the works—this time in Greenville, South Carolina. It will also open late this year or early next.

Today, Charlotte magazine got an exclusive first look at the decorated Pinhouse space. Take a peek: 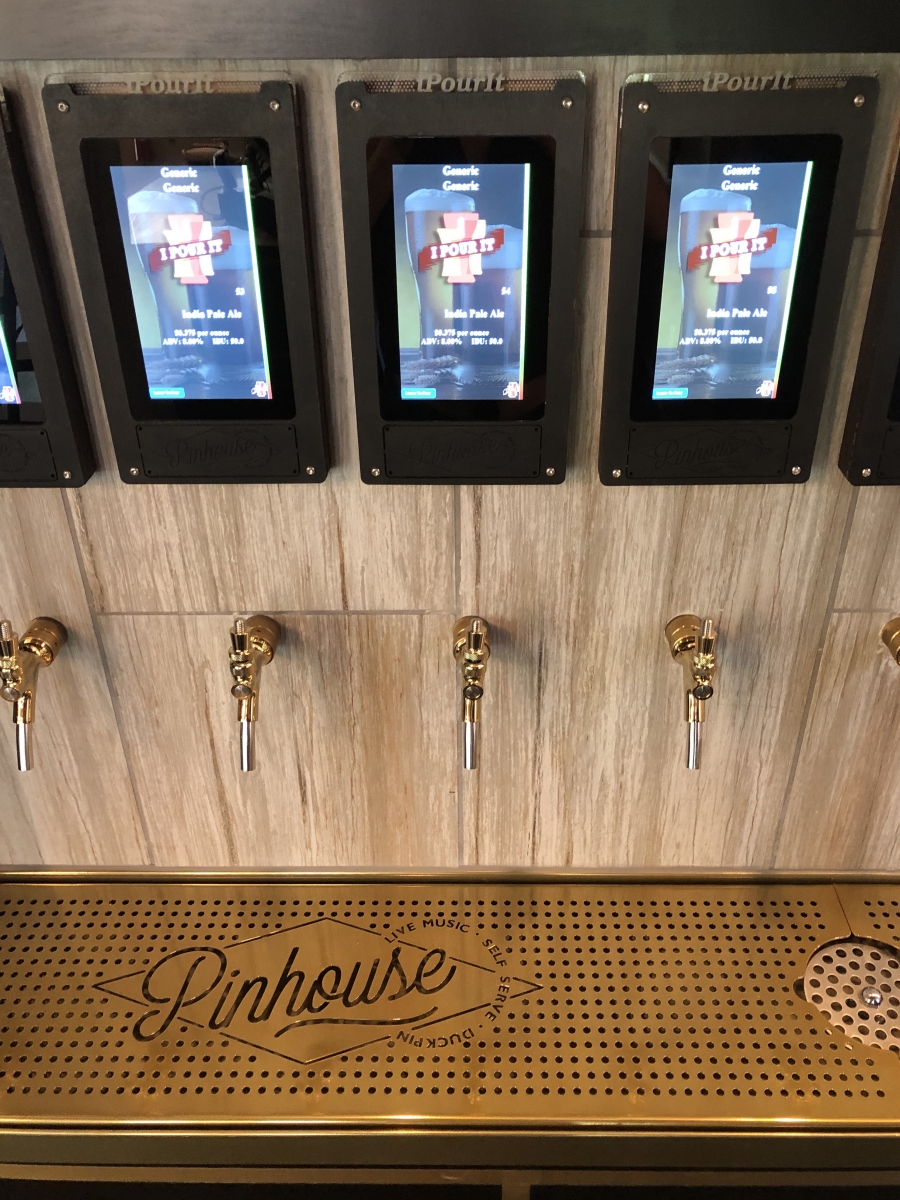 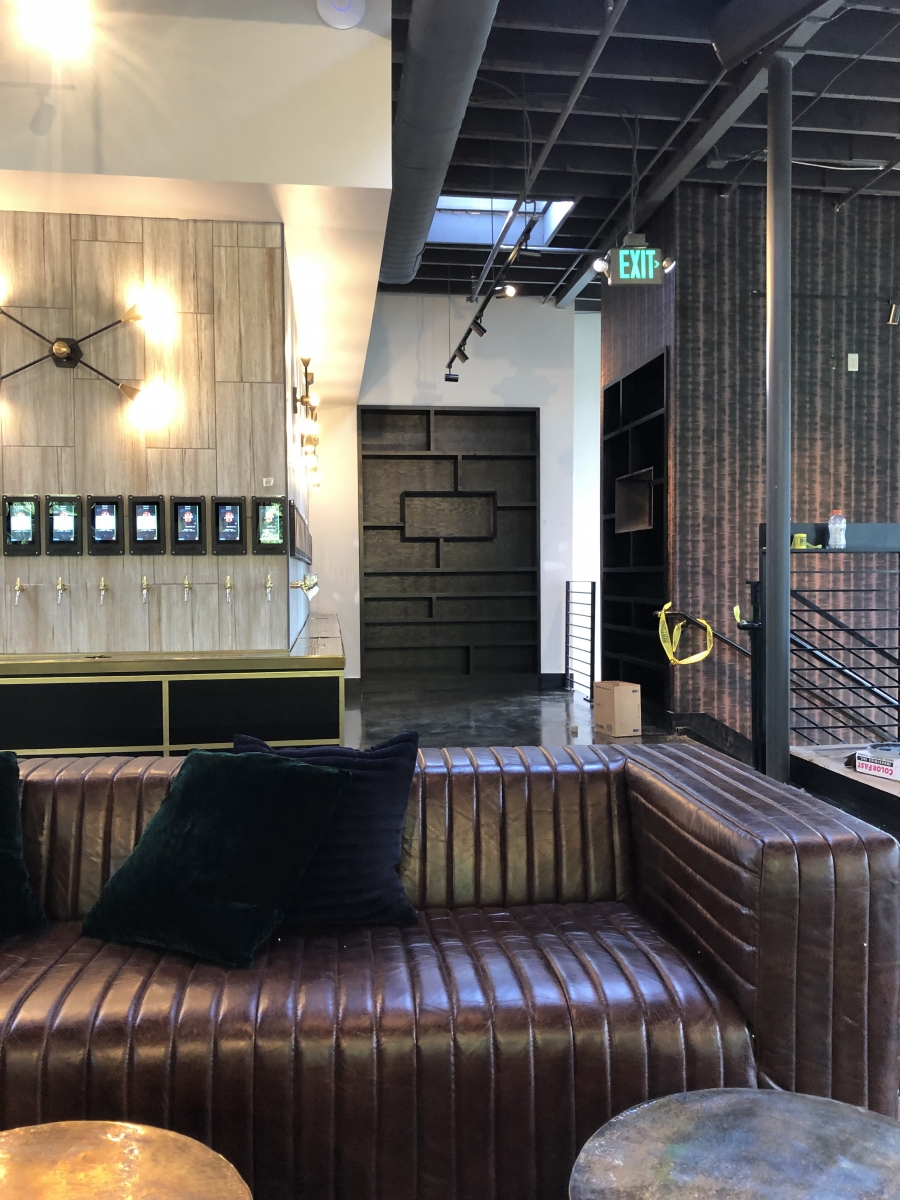 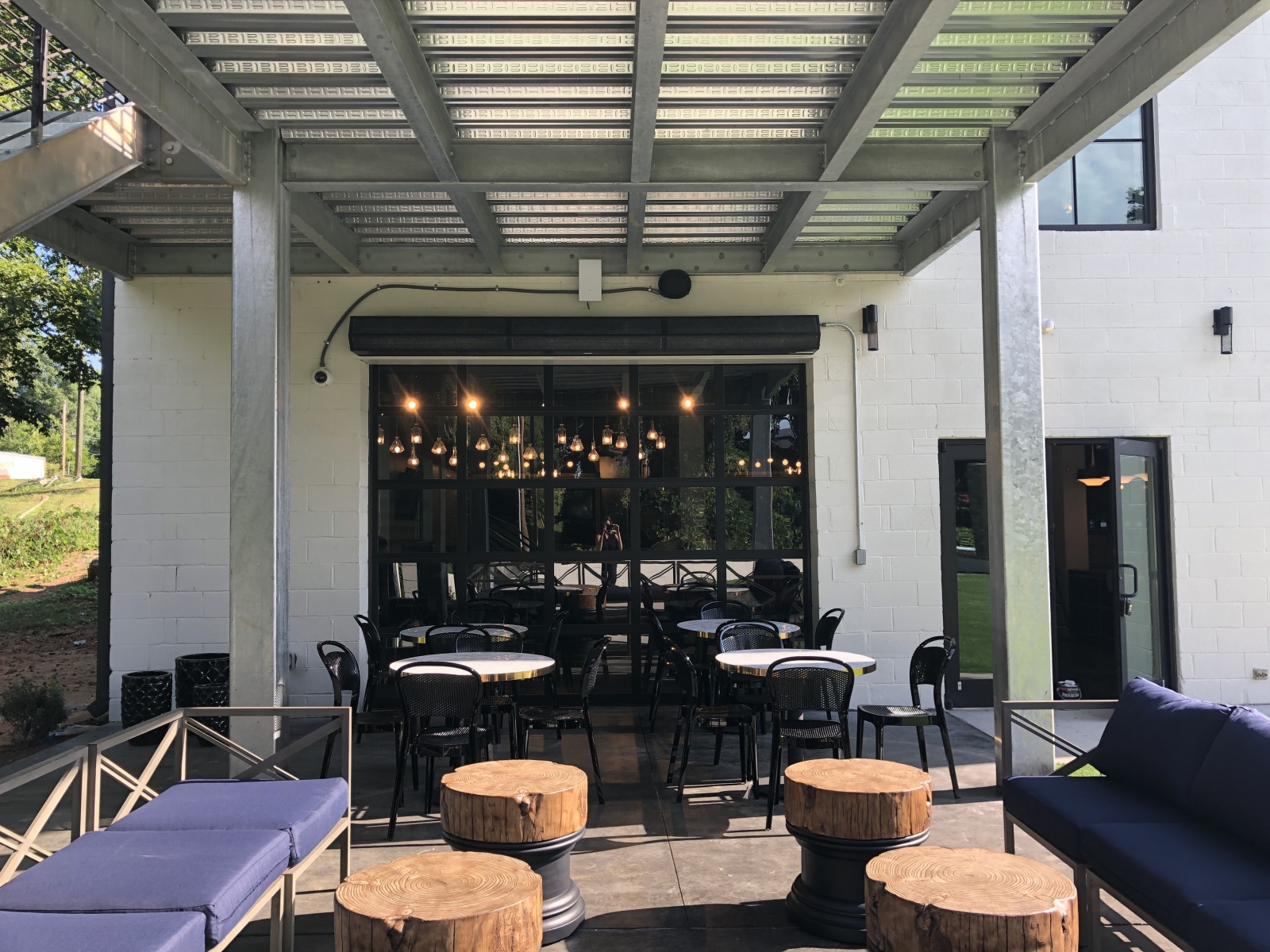 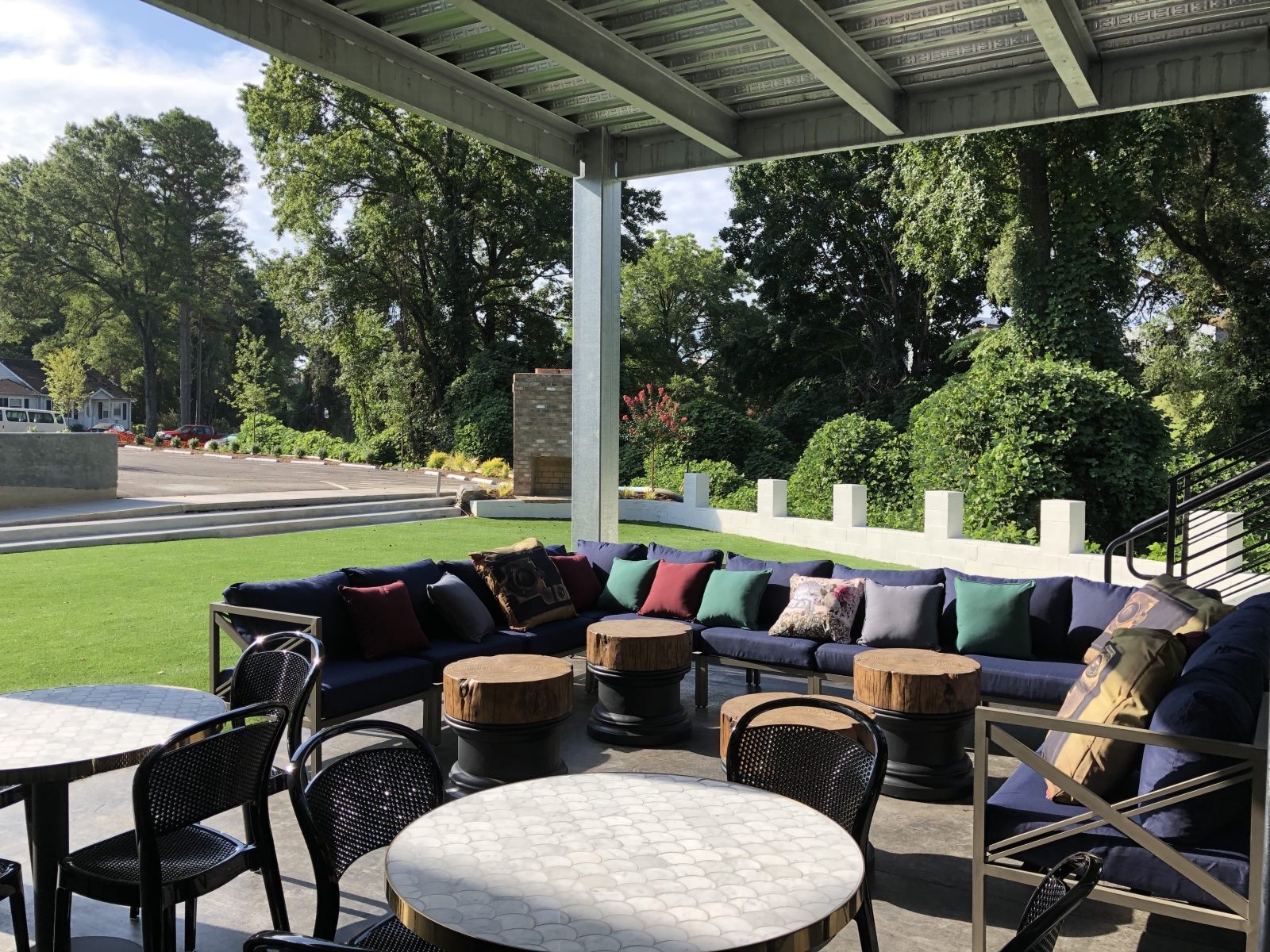 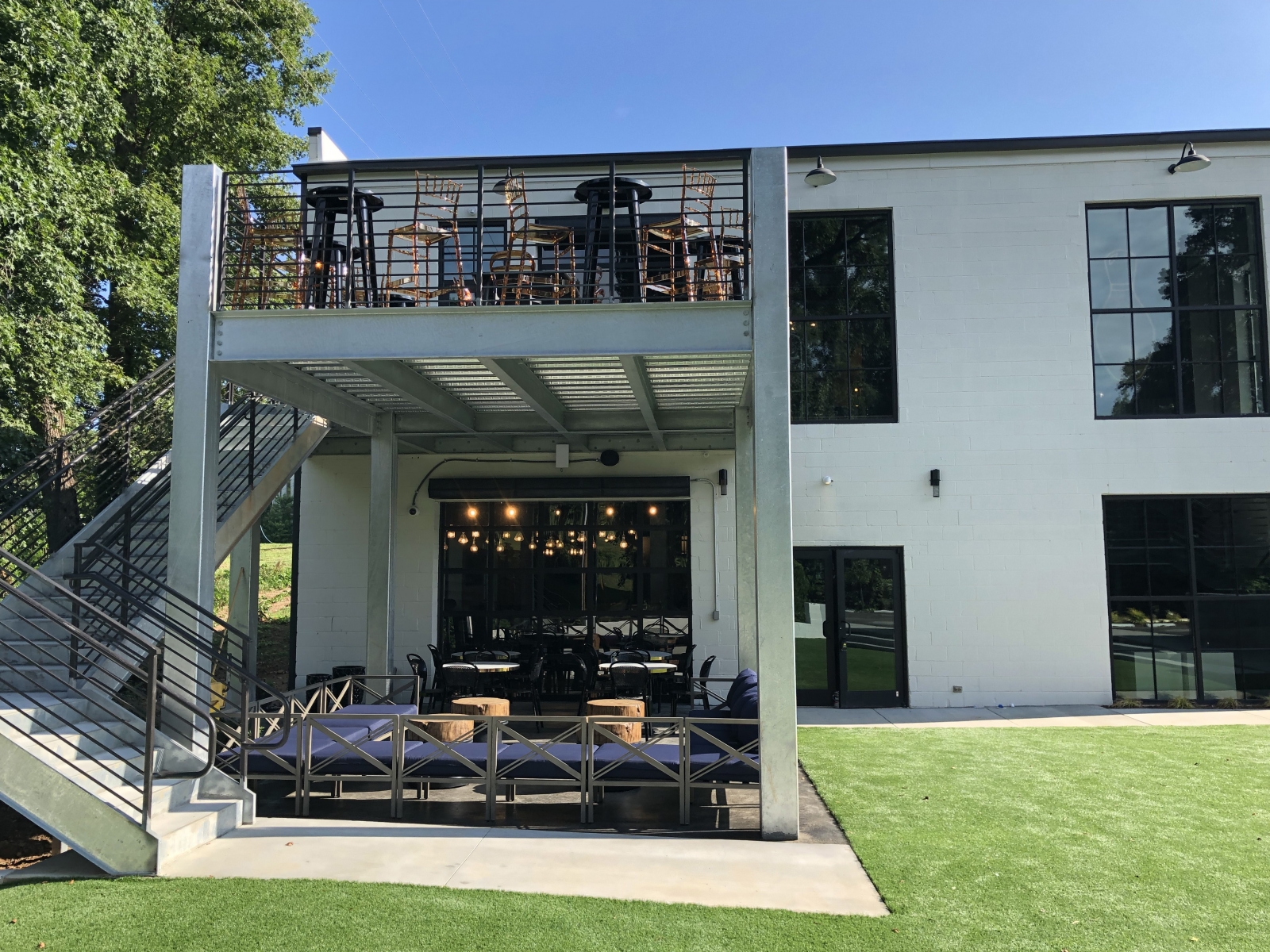 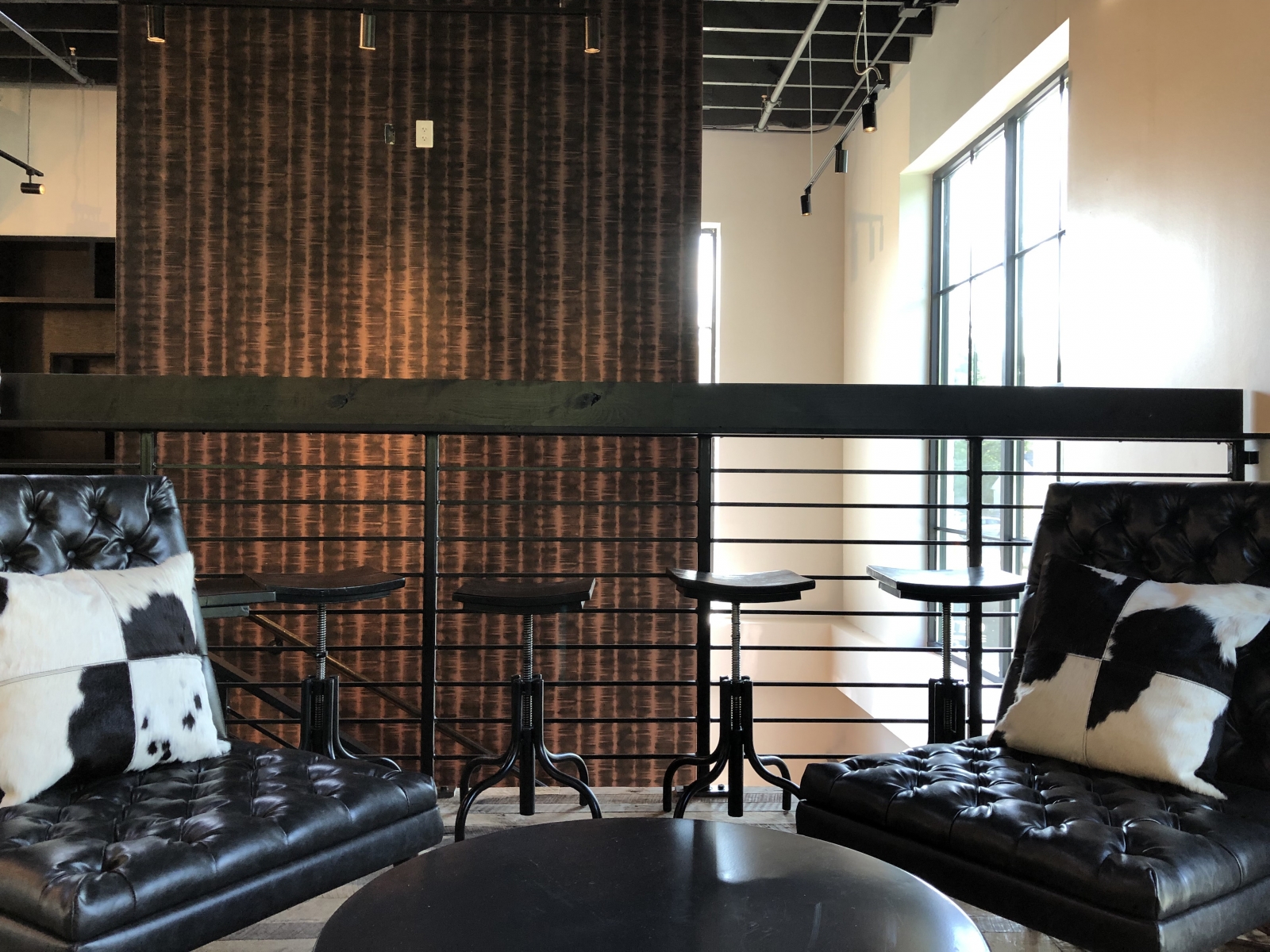 Pinhouse has an expansive outdoor area with two patios and a large patch of grass. Unlike Hoppin', Pinhouse has a parking lot.

This article appears in the August 2019 issue of Charlotte magazine.
Categories: The Buzz
Contest of the Month