A year ago, you told us that the community had lost trust in CMS. How have you tried to regain it?

People seem to have just latched on to telling the truth. People like it when you mess up and you tell them I messed up here and here’s how I’m going to fix it. That transparency and clarity, I think that’s helped.

The morning after the year’s last graduation—and the same morning that the first district test scores came back—we sat down with Charlotte-Mecklenburg Schools Superintendent Peter Gorman and asked him about his first year on the job. He says CMS made progress, but it could use some help from parents.

A year ago, you told us that the community had lost trust in CMS. How have you tried to regain it? 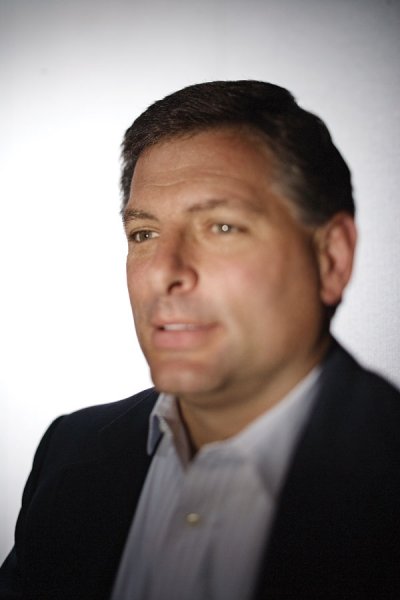 People seem to have just latched on to telling the truth. People like it when you mess up and you tell them I messed up here and here’s how I’m going to fix it. That transparency and clarity, I think that’s helped.

Did you get a chance to spend any time in the classroom during your first year?

My goal was to teach six times, and I taught two. I spend a hugely disproportionate volume of my time on board relations, community relations, government relations, media relations. Those four areas. I spend three quarters of my time in those areas.

So how do you change that?

I don’t think you can change here in Charlotte-Mecklenburg for quite a while. We’ve dug a pretty deep hole as far as our image goes. One year’s results can be viewed as just an anomaly. And then if you follow past practice, people would say, ‘Well, one year’s results don’t mean a thing because Pete’s going to leave anyways. Because every superintendent only stays here an average of two and half to three years.’ So I’m going to have to show some staying power.

What happens if the next school bond fails?

I’m not trying to be overly dramatic, but I think the board’s got to make a decision if this is the direction they want to continue moving. Did I play the role I need to play, am I able to build enough support? If not, do they need to go another route? I’m not trying to be dramatic, because I want to win the bond, I want to be here, this is what I want to do, but at some point in time, they’ve got to make a decision—is there faith and trust in Pete’s leadership, or is he a contributory factor if it loses?

I think the ultimate reality, though, if we don’t pass it, is where did our message go wrong? Because it seems to me our message should be need. We need $2.5 billion worth of work in today’s dollars over the next ten years. And how do we make the need compelling enough that Joe Citizen feels he or she can support that? That the Board of County Commissioners can support that?

Early test scores seem to be up. What’s your take on that?

I tell folks when I talk about assessment data, you’ve got to present it with clarity, context, and candor. From a clarity standpoint, yeah it’s up everywhere. From a context standpoint, we still have a huge achievement gap. If you qualify for free or reduced lunch and you look at your student achievement, versus if you don’t qualify for free or reduced lunch, there’s this huge gap between the two. Depending on what test it is, it can range anywhere from eighteen points to thirty points. So, yeah, we had a good year, but we gotta do even better to keep pace. And while we’re closing that achievement gap, if we keep closing at the rate we’re going, we won’t have that gap closed for the kids that are in school now. We’ll have it closed for their kids. We have to do more, quicker.

So how do you fix that?

The candor piece is, yeah, we gotta do a better job. But then the other side is, how much can we do? I have seen what I would call an abdication of responsibility. We have a lot of parents who expect us to raise their child as well as educate their child, and that makes it difficult.

Do you think this abdication is a permanent shift, or a trend that can be reversed?

I start this fall my twenty-first year in education, and it’s gotten harder and harder every year, and I see less respect every year, so while I can’t say it’s permanent, I don’t like the trend.

So if you’re an educator, do you give in then, and accept the new reality?

I spend a fair amount of time talking to community groups about responsibility. But what’s disheartening is, at four of our high schools, I had the staff send out a parent compact, almost like a contract—‘I’m going to make sure my kid does his homework, I’m going to make sure my kid comes to school on time.’ The e-mail and comments I got ran about four to one negative. Now think about that. I asked folks to do their job as I see it: Help us educate your kid. To me that’s disheartening. So I’m trying to change the rules of the game by demanding more from parents, but I don’t have that ultimate piece where I can hold them responsible for it. It’s just getting hard.

For a much-expanded version of this interview, go to www.charlottemagazine.com and search “Gorman.”