It pays to look beyond the label, whether it's Silver Oak or Two-buck Chuck 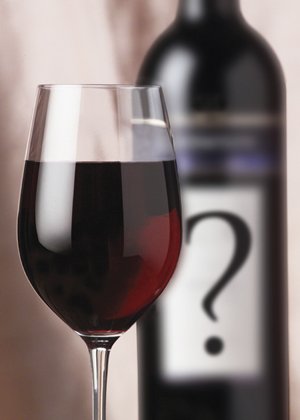 When I was in middle school, ten-speed bicycles were the new rage. All of the popular, good-looking, cool kids were riding lemon-yellow Schwinn Continentals. In order to convince myself and all the other kids that I was a man of the world, I begged my dad for a Schwinn. He loved a bargain, so he drove me to the 1970s version of Big Lots and bought me a cheap, mustard-yellow knockoff. I didn't protest. I had to have a ten speed, and at least it was yellow.

When I got home, I scraped off all the decals, hoping people wouldn't notice my Schwinn was fake. Nobody was fooled. At first it really bothered me, but it turned out my knockoff was a good, lightweight road bike, and I rode it every day for years.

Not much has changed in adulthood. Today, the type of car you drive defines the kind of person you are, your sense of style, and your status in society. It's the same with the wine you drink.

I went to a blind tasting recently. Every bottle was covered with a paper bag. We took notes and tried to guess what wine was in the bottle. All of the wines were good. Some were great. They ranged in price from $10 to $65. We were told there was a bottle of 2003 Silver Oak Cabernet Sauvignon in the group, and challenged to pick it out. Silver Oak is the Schwinn Continental of wine today. Everybody has to have it. Demand is so high a bottle costs $65.

I recognized the Silver Oak easily. A dark ruby color, berry aromas, plum fruits, lightly oaked. Another wine at the tasting, the 2005 Twenty Rows Napa Valley Cabernet, was very close to the Silver Oak. It only cost $25. But it was way across town at The Common Market where I found the perfect Silver Oak alternative—the 2005 Silver Palm North Coast Cabernet Sauvignon from Santa Rosa, California. It's deep purple with spicy plum and blackberry flavors and a nice oak backbone. Santa Rosa is a bedroom community north of San Francisco. The grapes weren't grown there. They were selected from various North Coast vineyards and trucked to a Santa Rosa warehouse, where they were carefully crafted into excellent wine. The bottle has a tall palm etched into the glass. It costs $14.50.

I'm not a reverse snob. I just think that it is a mistake to get stuck on price, label, or status. There are so many great choices out there that you could probably drink a different wine for under $20 every night from now until the end of your life. There's a big difference, though, between cheap wines and value wines.

A lot of people have been bugging me about the cheap wines at Trader Joe's, especially the "Two-buck Chuck." Fans of Two-buck Chuck, Charles Shaw's wine, get a glassy-eyed stare when they speak of buying cases and cases. But, first of all, it costs $2.99 on the East Coast, which makes it Three-buck Chuck. And it is really only as good as most box wines that sell for $13 to $15 (for three-and-a-half bottles' worth), which doesn't make it such a great deal. Black Box Wine would be a wiser choice. In general most of the wines I tasted at Trader Joe's fell short. They lacked an overall character that kept me from getting excited. But here are a few I can recommend:

The 2006 Langguth Riesling Hessische Bergstrasse Qualitatswein from Germany is dry with good fruit, although I wanted more of the apple fruits that a good Riesling can show. Still, a deal for $6.

The 2004 Vigante Castelli Romani Rosso from Italy is a decent Italian red. Nice fruit and good backbone. A value for $4.

The 2006 Vinas Chilenas Cabernet Sauvignon Reserva from Chile has a deep purple color and a slight vegetal flavor, but the fruit is full bodied with a good backbone. $4.

This article appears in the April 2008 issue of Charlotte magazine.
Categories: Uncorked