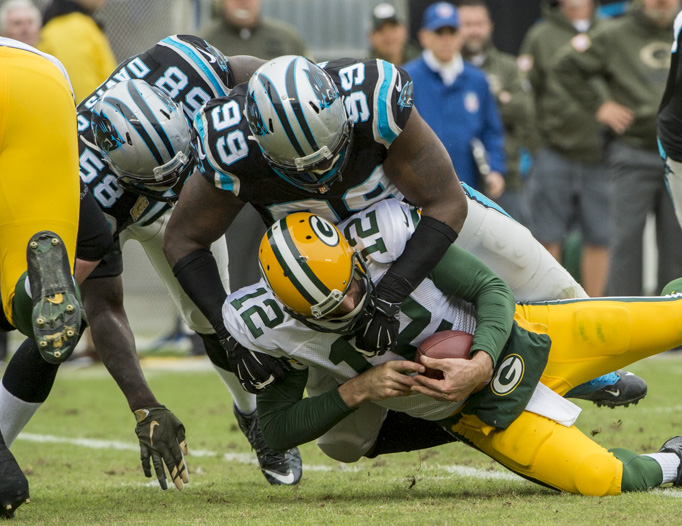 BV: You grew up in East Chicago. How do you describe Charlotte to people back home?

KS: I just say it's a mixture. Something different between the East Coast and the South. Charlotte's a nice city. It's small, but it's growing and it's not too busy.

BV: Obviously Southerners are known for being nice. You and I are both from the Midwest. We're nice, too, right?

BV: Do you like the weather down here better?

KS: The weather here is beautiful all year round, but I like the cold. I like to see snow on Christmas. So when it comes to the weather, I think I'll stay Midwest.

BV: Philly Brown said the same thing last week. I mean, yeah, it's nice to see snow on Christmas, but that's just one day. The problem is the rest of it from like October to April.

KS: That's the pace it goes, but it's just a part of it. Then when it starts melting in like April, you start having fun outside throwing snowballs at your friends and stuff like that compared to December when you're trying to get to your car from inside your house. It's got it's ups and downs.

KS: The big one is Del Frisco's. I take my mom there every time she comes into town. Other than that, McCoy's over there by Woodlawn.

BV: What do you get there?

This article appears in the January 2016 issue of Charlotte magazine.
Categories: By Bill Voth, Panthers