As the Panthers get ready to start their season Sunday in Jacksonville, let's try a new series in this space.

"Four Downs with [name of a Panthers' player here]" will be a weekly Q&A featuring at least four questions. I say "at least" because if an answer deserves a follow-up, we'll just consider that an extra down.

Most questions will be Charlotte-related. Some will be serious, others not so much. But hopefully, it'll all give you a better sense of these guys.

First up is long snapper J.J. Jansen. He leads things off because he's sometimes the forgotten member of Carolina's 'Bomb Squad.' For example, kicker Graham Gano was the central figure in last week's "Why the Panthers Are Mad About Madden" piece and punter Brad Nortman was featured in a lovely Charlotte Magazine spread last October.

Jansen needs some love, too, so let's give him some:

Q: "Out of you three, Graham and Brad get most of the attention. Where does that leave you?"

Jansen: "Right where they want me, which is with no attention at all. If any time Graham can get recognized on Twitter or Instagram, he's all for it. He likes to mix it up. Brad doesn't like to mix it up as much, but he likes to kind of go along with Graham. So Graham is the puppet master to this whole deal."

Jansen: "Didn't he look good? But that was all Lexi, his wife. She had everything set up. He was the nice, what's the word I'm looking for? He was the nice ornament for the production that Lexi had put together." 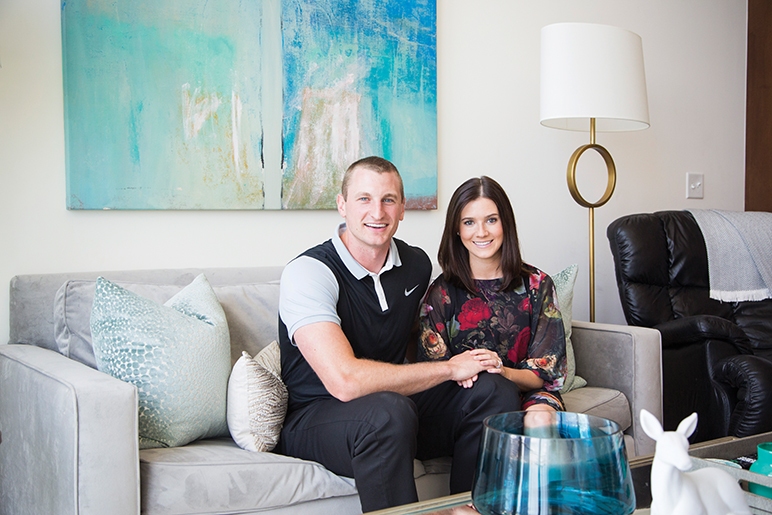 Jansen: "Bonterra. The food is excellent. It's a romantic, date night place, but it's not stuffy. It's a really relaxed, but romantic atmosphere. And the food's fantastic, which is kind of the reason you go to a restaurant."

Q: "You grew up in Phoenix. How does Phoenix compare to Charlotte?"

Jansen: "We as in Charlotte are getting bigger. This is home. Charlotte's home. We will occasionally go back to visit Phoenix, but for all intents and purposes, this is home. At this point, I'd say hometown would be Charlotte. I know when they put in the program it's where you're actually from. And I'm actually from Arizona. I'm not disowning them by any stretch, but if someone asks, 'Where are you from?' We're from Charlotte."

Q: "What your favorite thing about Charlotte?"

Jansen: "I don't know if there's one thing, but the thing that I like about Charlotte is that within a close distance, we have a lot of options. You can do the Whitewater Center. Obviously you have major sporting events. You can get to a lot of cool places in short drives. You can get to Asheville, the beach, Atlanta. We just have a lot of activity for all different people, different interests."

This article appears in the September 2015 issue of Charlotte magazine.
Categories: By Bill Voth, Panthers