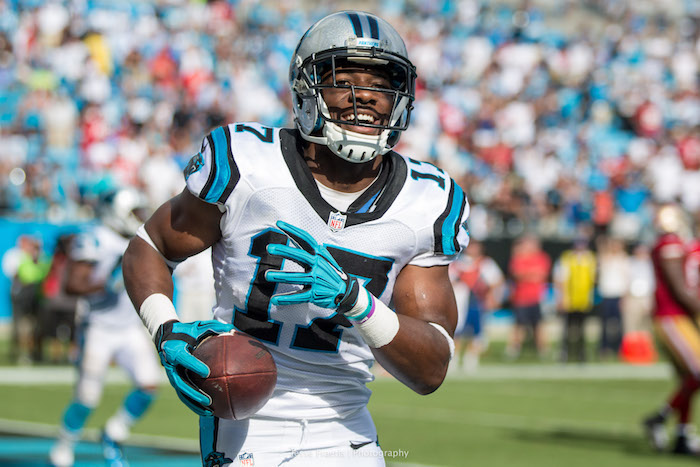 BV: I usually just make up these Q&As as I go along. So music or TV, which one do you want to talk about?

BV: All right. So what do you watch?

BV: What have you watched recently?

DF: Last night I watched "The Mechanic." It was good.

BV: Are you a gamer?

BV: What do you play?

DF: Everything. You name it; I play it.

BV: What are you good at?

BV: Really? No one in here would ever admit that.

DF: I enjoy being competitive, but I go in there just to play the games.

BV: Do you play Philly Brown in anything? He thinks he's really good.

DF: Yeah, I play with him on "Call of Duty." He's nasty. It's ridiculous how good he is.

BV: Who's the best gamer in here?

BV: A lot of guys would probably disagree with that.

DF: They'd try to deny it but then the truth would come out.

BV: You got a dog recently, right?

DF: Chapo. My sister named him. He's a chill dog, so when he's at the house, I take him out, he runs around, hops up on the couch and takes a nap.

This article appears in the November 2016 issue of Charlotte magazine.
Categories: Panthers