YOU MAY NOT know her name, but if you’ve eaten out in Charlotte recently, you’ve probably seen her work. Designer Carrie Frye is responsible for the eye-catching interiors at Sea Level, Living Kitchen, Yafo Kitchen, Midwood Smokehouse, Viva Chicken, and others. With the Crunkleton set to open next month, we wanted to get the scoop the hotly anticipated space, and chat with her about other upcoming projects.

On this year’s clients: In 2018 alone, Frye designed the interiors for La Belle Helene, The Waterman, and The Crunkleton. She also completed Yafo Kitchen’s Plaza Midwood location, as well as their newest spot on East Boulevard, which is slated to open by Christmas. 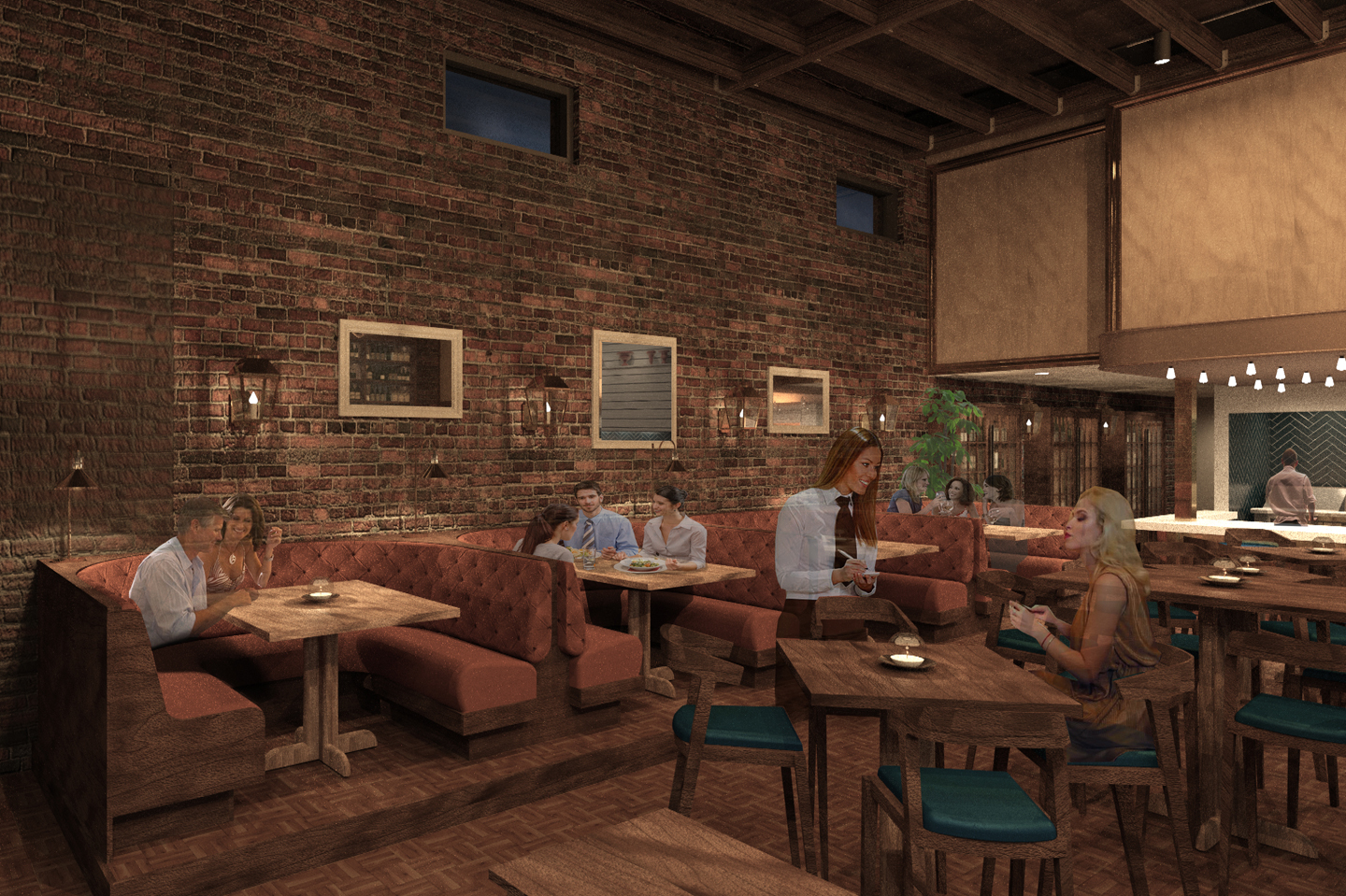 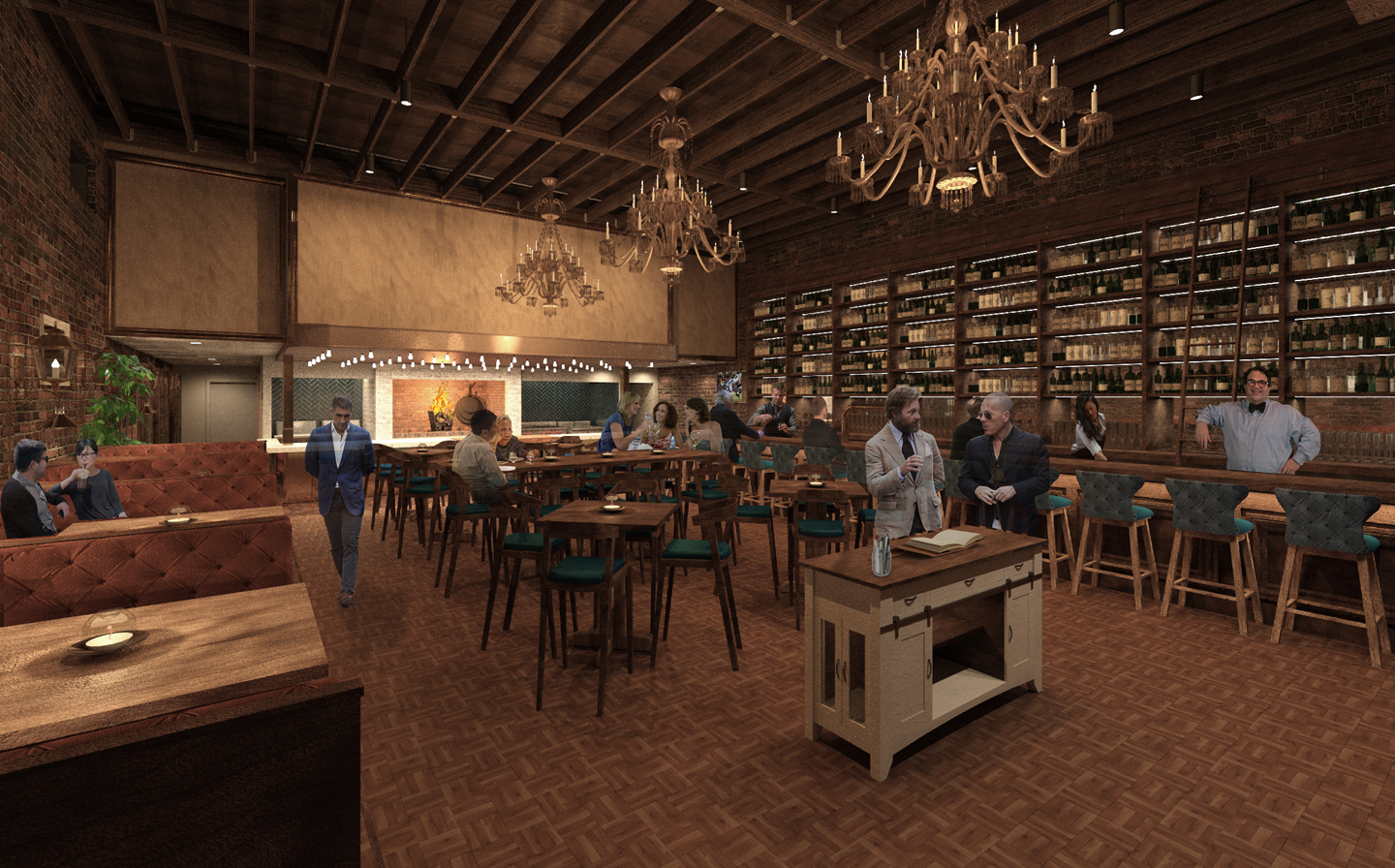 Renderings of The Crunkleton, opening in December.

On her latest project: The Crunkleton, which will open in Elizabeth in December, is owner Gary Crunkleton’s second cocktail bar and one of the year’s most buzzed-about openings in Charlotte. When he hired Frye to design the interior nearly two years ago, he invited her to his original location in Chapel Hill so she could better understand his taste—literally. “He had me sampling bourbon at 10:30 in the morning,” she says with a laugh. “But that’s what he wants to do—teach you about the quality and the age of the bourbon. This isn’t about turning tables. They really want you to stay and savor it.” As for the décor, she wanted to keep the masculine tone of a bourbon bar, but infuse it with some feminine flair. “There’s brass on the ceiling in the kitchen, and a feather chandelier in the bathrooms,” she says. The space will also feature a 30-foot bar with a floor to ceiling backdrop of shelves showcasing spirits from around the world.

On her approach to working with each restaurant: Frye typically averages 12 months on a project, but La Belle Helene took closer to 18. “They were going for an authentic Parisian brasserie, so I went to Paris and pulled together Parisian details and built it here in Charlotte,” she says. “I think about the third dimension. How do you experience the space? How do you get people right to the bar? Is there easy access to the restrooms?”

On problem solving: Frye began her career designing office spaces and still does corporate design for clients like Ingersoll Rand and Snyder’s Lance Corp. “I like designing offices because I like space planning and solving that puzzle,” she says. “It’s evolved since when I started; it has a farther reach now with banquet rooms and meeting spaces. You spend a lot of time in your office, so I like to create a space that people can enjoy.”

On the 'wow' factor: “I call it your bang-for-the-buck moment,” Frye says. “In some projects it’s the lighting, glass, furniture…let that thing be the star.” When she designed Elior North America’s new uptown headquarters last year, she used a living wall as her focal point. “I look at vertical gardens like artwork,” she says. “Indoor/outdoor is so big right now. When life is so chaotic, something about nature dials it back for a second. A living wall provides a texture, and a nice counterpoint in an office setting.” 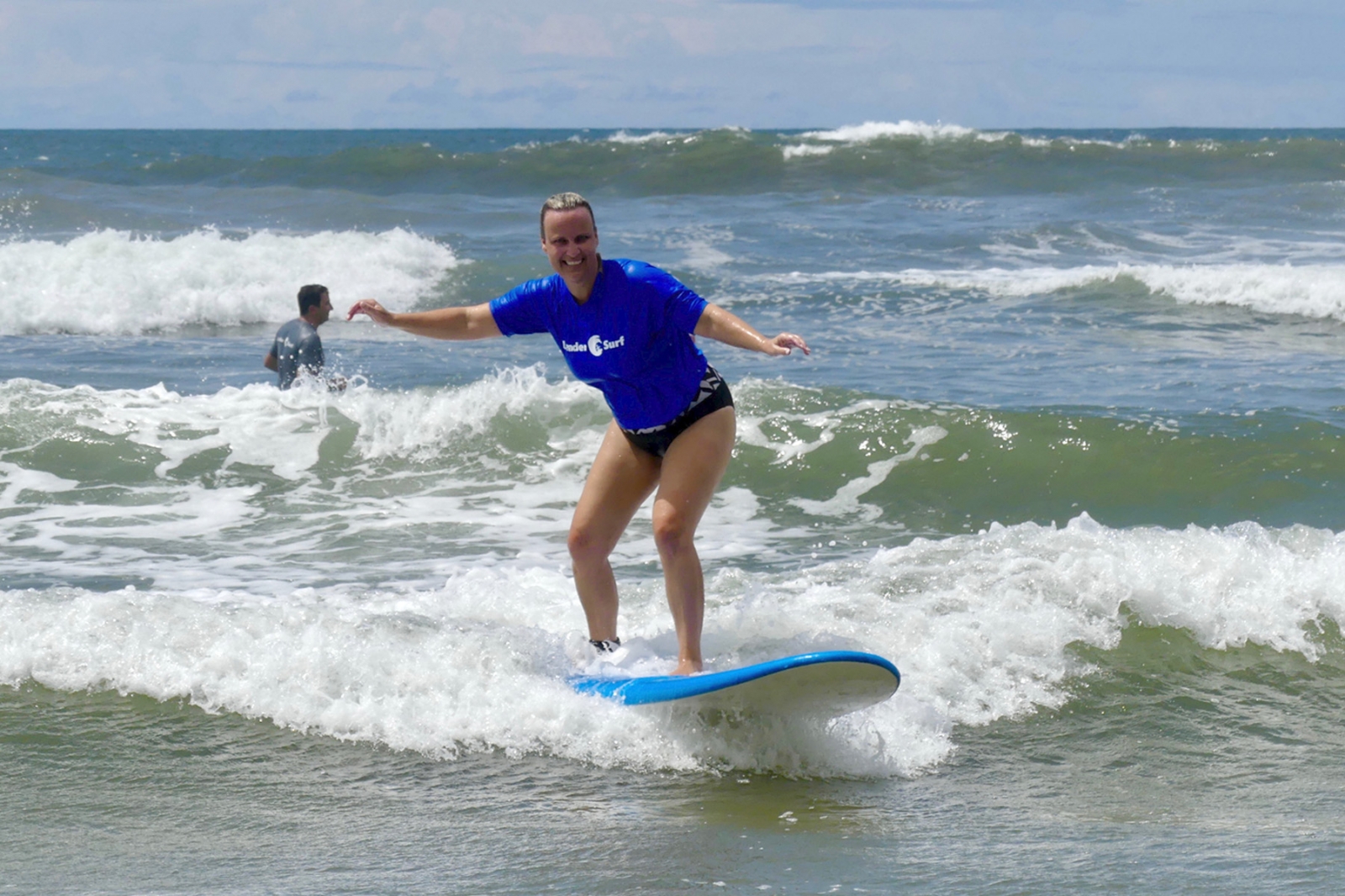 On comfort zones: After 20 years in the design field and five years as a business owner, Frye recently attended a program called LeaderSurf in Costa Rica to sharpen her leadership skills. Though she had never been on a surfboard before, she went at the urging of her Charlotte-based business coach Brian Formato, who founded the program in 2016. “Surfing pushes you out of your comfort zone and makes you more self aware,” Frye says. “As a result, it makes you a better leader.”

On what’s ahead: Frye will be working for the locally based NASCAR team to design a mobile office space. “I’ll be designing the interiors of the mobile command centers they use when they go to places like Talladega,” she says. She’s also been tapped to design the new Intimidators Stadium in downtown Kannapolis. And though she can’t divulge too many details about her plans for the minor league baseball stadium yet, she will say this: “They’ve broken ground, and it should be ready in time for the 2020 season.”

This article appears in the December 2018 issue of Charlotte magazine.
Categories: Food + Drink, The Buzz