Jarvis Holliday,
We’re near the end of June… where has the time gone? Guess it’s flying by because you’re having so much fun (checking out events from this list each week).

I have a feeling a lot of you will be taking extended lunch breaks on this day to cheer on the U.S. Men’s National Soccer Team against Germany. Match begins at noon, and many Charlotte bars are opening their doors at 10 or 11 a.m. Click here for Dusk Till Dawn’s list of the best places in Charlotte to watch the World Cup.
Charlotte Hornets NBA Draft Party
The Hornets have the No. 9, 24, and 45 picks in this year’s NBA Draft. Watch live coverage of the draft on the big screens at the arena, and get in-house commentary from special guests. This will also be your first chance to see the newly unveiled Hornets court. 7-9 p.m. Free admission. Time Warner Cable Arena, 333 E. Trade St., nba.com/hornets/rsvp.
Thursday Night Flights (new weekly event)
This weekly event kicked off last Thursday and runs through August 21. Enjoy an evening on the raptor trail, with live music, complimentary wine or beer tasting, and a food truck will be on site. 6-8 p.m. $10. Carolina Raptor Center, 6000 Sample Rd., Huntersville, carolinaraptorcenter.org.
Strike and the City Presents: Ladies Night
Ladies will be catered to on this evening, with drink specials such as half-price martinis and half-price bottles of wine, $5 Bacardi drinks, $2.50 Heineken and more. There’ll be raffles for designer prizes, and vendors scheduled to be on display include Jewel Kade, It Works Global, Rodan and Fields, and Mary Kay. Proceeds will benefit Rima’s 5k Run for Epilepsy and the Epilepsy Foundation. 7 p.m. Free admission. StrikeCity, at EpiCentre, 210 E. Trade St., strikecitycharlotte.com.
Find Your Beach
Guys with Ties host this beach-themed party for charity. You’re invited to come dressed in beach wear, play in the sandbox, and enjoy complimentary food, beer, and wine. Live music by Five on Sundays. All proceeds will benefit The Sandbox, which provides services to families with children facing life-threatening illnesses. 8-11 p.m. $10. Tilt, 127 W. Trade St., tiltontrade.com, guyswithtiescharlotte.com. 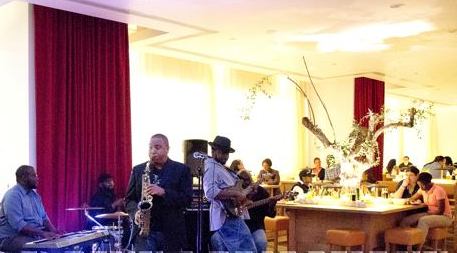 Brewery Tour Charlotte
The third installment of this monthly brewery tour series takes guests through NoDa, traveling on a party bus, and stopping at the neighborhood’s breweries. Admission includes transportation, a commemorative pint glass, beer samples at each brewery, snacks, and more. Arrive at least 15 minutes prior to departure. Noon-5 p.m. $55 in advance; $65 day of. Tour bus departs from World of Beer South End, 222 E. Bland St., brewerytourcharlotte.com.
Bacon & Brews Cruise-in
Piedmont Culinary Guild presents this inaugural event, rounding up chefs for a bacon cook-off, and featuring beer, and classic cars. Renowned Charleston Chef Craig Diehl will conduct a hog butchery demo, and your admission includes a sampling of 20 local bacon dishes and three beers from local breweries. 3-7 p.m. $35. Atherton Mill and Market, 2104 South Blvd., athertonmillandmarket.com, baconbrewscruisein.com.
Burn Down The Roux!
This special event space, tucked away in NoDa, prepares to close its doors for good, but goes out with a party featuring a lineup of nine bands. 4 p.m.-2 a.m. $8. Roux, at Boudreaux's, 3306-A N Davidson St., facebook.com/rouxnoda.
Verify dates, times, prices, and other info at the web addresses listed for each event.