When We recently looked at area home price trends over the past several years, it was no surprise that 2009 was a not-so-hot year for most Charlotte neighborhoods. A little unsettling, though, was the fact that even the neighborhoods that racked up huge gains in average sales prices since 2000 saw prices fall significantly in 2009. In other words: they had a great decade, but their popularity couldn’t protect them from a lousy last year.

Here are the four subareas with the biggest disparity between their nine-year sales price performance (2000 to 2009) and how they did from 2008 to 2009, along with some thoughts from area Realtors about how it happened and what the future holds.

The only hot-to-not neighborhood that isn’t in the city’s inner ring contributed to southwest Charlotte’s nine-year surge in average sales price. Ten years ago, it was dominated by factories, warehouses, and office parks and was home to just a few modest residential developments. Then developers of the Palisades and the Sanctuary ushered in an era of luxury housing. It now has the infrastructure — roads, parks, schools, shopping — but the downturn has left builders with a huge inventory, and, under pressure from their lenders, they must slash prices to get rid of it, says Terry McDonald of Wilkinson & Associates.

Investors — some of them inexperienced — bought into the Wilmore area at prices that assumed Charlotte’s economy would continue to grow at breakneck pace, says Scott Tyler of Lead Dog Realty. Then they "overrenovated," he says, putting far too much money into fixing them up than the market could support upon resale. Result: some of them got soaked. Still, as the area will always be just a stone’s throw from downtown, Tyler gives it a decent shot at rebounding.

The subarea with the second-highest average sales price in 2009 of any in the city (the highest is nearby SouthPark) was not immune to a double-digit dip in ’09. Osman says investors in Dilworth replaced humble teardowns with roomy $1 million-plus houses, then got caught in the downturn. And there was no one to snatch up the typical seven-figure inventory in Myers Park, says Tyler. But with the area’s rock-solid prestige factor, no one seems too worried about the future.

Perhaps a victim of its own success, this area saw home prices reaching into the seven figures before the recession, and that’s the price range that has suffered most, says Jonathan Osman of Keller Williams. Osman notes that for the first quarter of 2010, nearly one-third of the sales in this area were distressed sales (short sales, preforeclosures, foreclosures), while in most other areas the distressed-sale rate is slightly lower — typically around one-quarter. Tyler thinks the area’s location near Presbyterian Hospital secures a solid future. Opportunity?

This article appears in the August 2010 issue of Charlotte magazine.
Categories: Buzz > Market 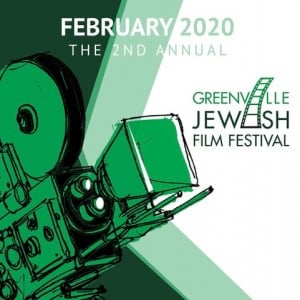