They used to be rare occasions. Now, every weekend brings another opportunity to drag and dine in the Queen City

The afternoon edition of this monthly drag brunch is supposed to start at 2, but the party bus is late. A long table on one side of The Artisan’s Palate sits empty, festooned with fishing net and seashells. No one minds the delay. DJ Kevin plays high-energy beats while guests order their first rounds of mimosas, bloody marys, and shots of tequila. The staff’s pale blue T-shirts proclaim the August theme: “Life’s a Beach.”

In summer 2020, around the corner from The Artisan’s Palate, Chasers was struggling. The pandemic had called curtains on the gay club’s nightly drag shows, and the queens needed work. So Christa Csoka, who owns The Artisan’s Palate, offered to host a drag brunch to benefit Chasers. The restaurant would pay the queens on top of tips, and all proceeds from ticket sales would go to the club. 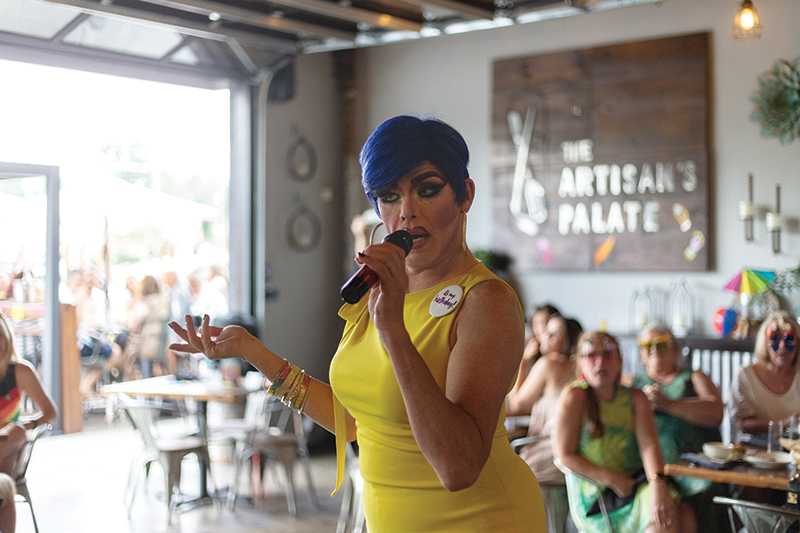 Joseph Byrum has performed as Valarie “Aunt Carol” Rockwell for more than two decades. “Don’t go out there looking a mess,” he advises other queens. “If you don’t think you look good, you probably don’t.”

Csoka debuted the brunch that fall, then made it a monthly tradition, with each edition benefiting a different local charity. In 2021, the events raised a combined $25,000, a figure Csoka expects to blow past this year.

These days, the queens don’t suffer for work. Drag brunches have taken over the town. In August alone, Oh My Soul, Plant Joy, Billy Sunday, Queen Park Social, and Lost & Found, among others, hosted their own versions of this nationwide dining trend. I went to The Artisan’s Palate to wrap my aching head around the phenomenon (in true method-actor fashion, I showed up to brunch hungover). Beyond the surface entertainment value, I found an experience that was provocative in ways you’d expect—and ways you wouldn’t.

The party bus arrives, and about two dozen women spill into the space. They’ve come from Providence Plantation, a well-to-do development southwest of Matthews. By the looks of it, they are mostly white, mostly straight, and mostly in their 40s. They’ve dressed for the theme, their resortwear repurposed.

Across the restaurant, Doris “Dodie” Reavis celebrates her birthday with two generations of women in her family, plus a few friends. Her daughter, Kelly Reavis, has come to a drag show here before, but this is Dodie’s first time. In vibrant tropical prints and flamingo sunglasses, with stacks of dollar bills at the ready, the women are jubilant.

Valarie “Aunt Carol” Rockwell, 42, queen and longtime emcee for these brunches, takes the mic and announces that this brunch is special: Not only is it Pride weekend, it’s also her birthday bash. The crowd screams in delight. “We like to have fun!” she says. “And if you don’t like it …” She gestures at the garage door, open to the patio and parking lot. “There’s a huge door. You can leave.” No one does. The show begins. 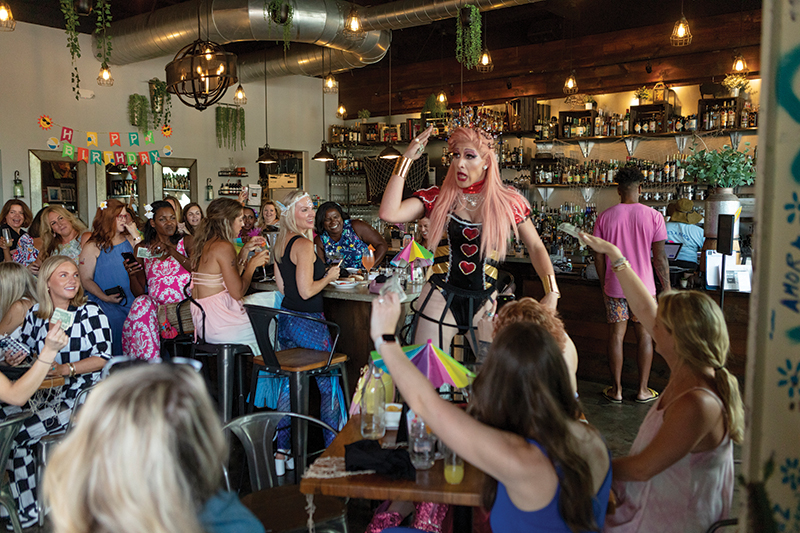 In a Queen of Hearts ensemble, Ava Gemini (above) performs to “Off with Their Heads,” a number from the Broadway musical Wonderland. Madison Leslie (below) shows her range. 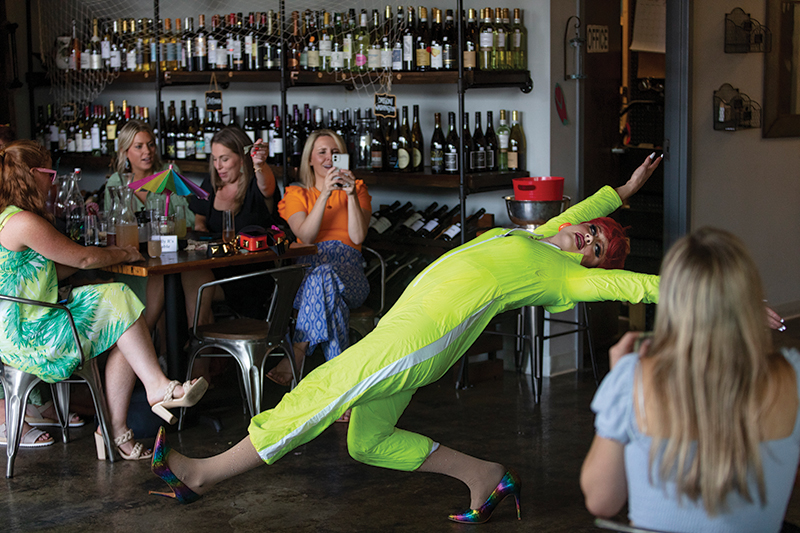 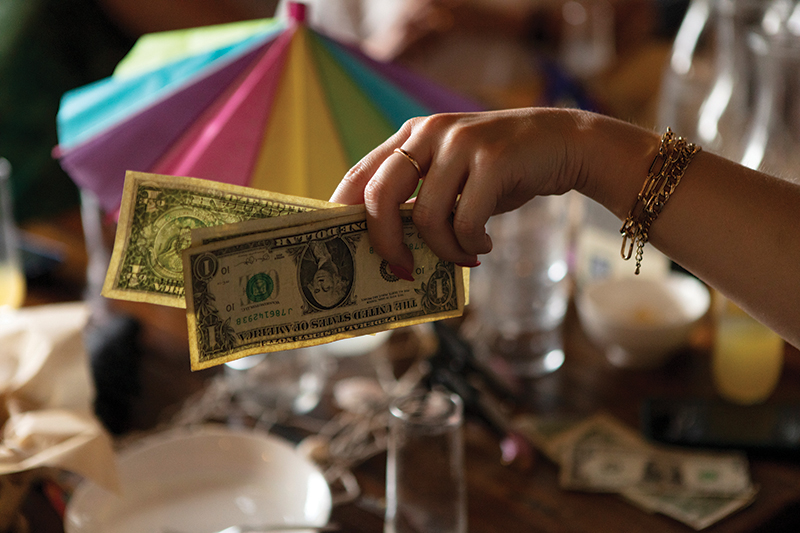 Drag shows traffic in spectacle. They exemplify camp, an aesthetic sensibility marked by artifice and exaggeration. One at a time, the queens saunter out to perform, their impeccable costumes and flawless makeup stacked on a persona stacked on a person stacked on impossibly high heels. The faces in the audience betray the dual nature of drag: Some exude unadulterated joy as they sing along and beckon the queens with tips. At the long table, under the floppy brim of a beach hat, another woman’s face seems to say, “I’m having fun … I think?” Hers is a visible, visceral response to camp’s tendency to challenge rather than satisfy. “Drag is its own world of experience,” essayist Alexander Chee has written. “It isn’t, the more I think about it, like anything except what it is: costumes, illusion, a spell you cast on others and on yourself.”

Joseph Byrum, aka Valarie Rockwell, has performed drag since September 1999. “I always knew one day that I was going to be onstage doing something. I wasn’t sure what it was,” he says. When he was 18, he went to a show and saw a drag queen for the first time. “When she turned out and started doing her number, I thought, That’s what I’m supposed to do.”

In the years since, he has performed and emceed around the state; Valarie Rockwell was crowned Ms. Charlotte Gay Pride in 2013. What keeps him coming back are the crowds, from the babies he’s held during shows to the elderly woman in a wheelchair who comes to brunch every month. His joy, Byrum says, is “not because somebody smiled at me or because somebody tipped me $100. It’s because somebody is genuinely having a good time—and I’ve created that.”

These brunches, he points out, make drag more accessible for fans who don’t want to stay out late, and he’s glad to see the shows get mainstream traction (aided, no doubt, by the popularity of RuPaul’s Drag Race). “It’s great to see that the heterosexual community gets involved in it as much as they do,” he says. “I mean, it’s a bunch of straight women and straight men that come and see brunches.”

In a 2019 Guardian article, drag historian Joe E. Jeffreys traces the origins of the “drag-and-dine” phenomenon to the 1950s, when restaurants had to compete for the business of an exploding middle class. “Drag brunch,” he says in the article, “was largely about making queer performance accessible to straight audiences.” It’s a safe, sanitized version of a performance style deeply rooted in a community that’s still marginalized, still fighting for basic rights.

That doesn’t bother Derek Kramer, aka Onya Nerves, who hosts brunches at Plant Joy, Billy Sunday, and other spots throughout North Carolina. He’s OK with the straight crowds, he says, “because as homosexuals, we have enough struggles, and I’d much rather not take money from them.” As long as audiences are courteous and know the rules of tipping, he says, he doesn’t care who they are. (The rules of tipping: “If you like something, tip them. If you don’t like something, tip them more, and they’ll go away faster.”) The popularity of drag brunches has helped Kramer make performing a full-time job. 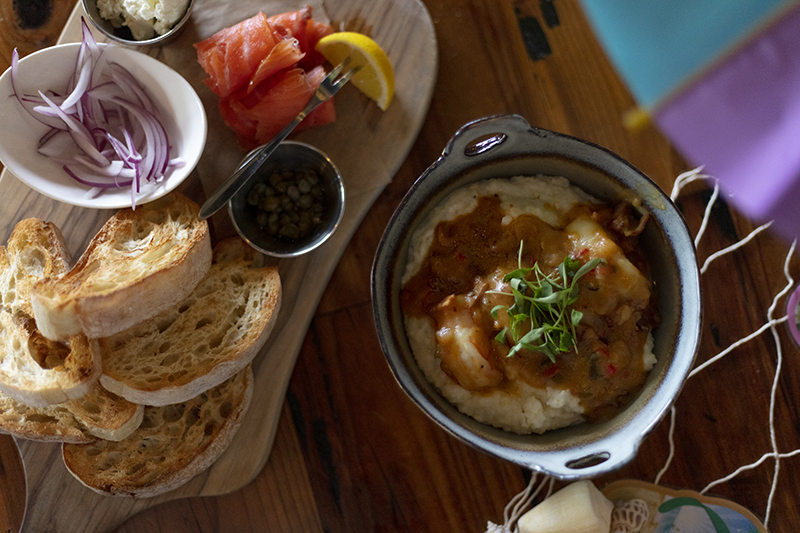 A spread at the Artisan’s Palate. 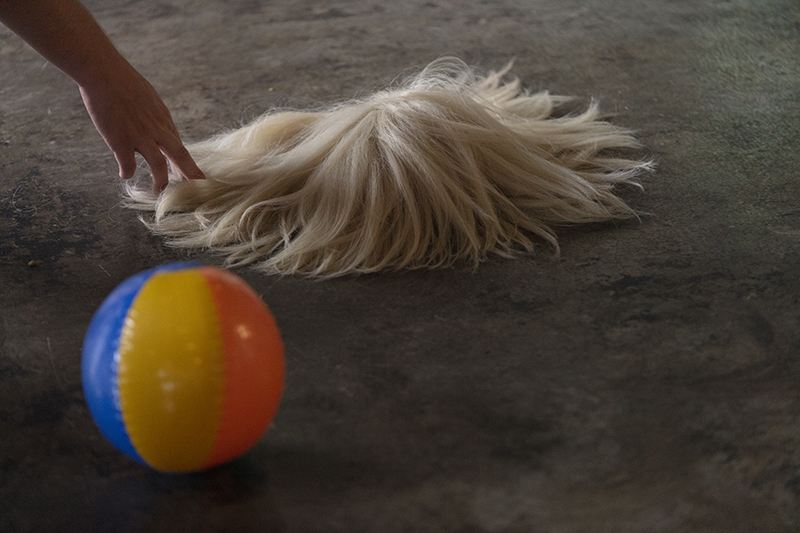 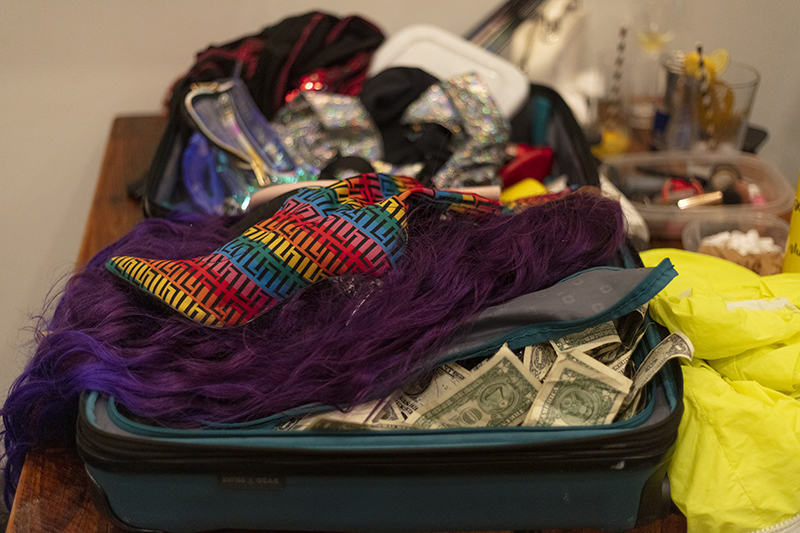 The mainstream visibility has other benefits. Kramer recalls one brunch where a family brought their young trans daughter to see her first drag show. She was thrilled. Afterward, her mom came up and described how she didn’t know what to expect when her daughter came out, a scary moment for a parent. “But seeing how much fun you guys have,” she told Kramer, “there’s hope.”

At The Artisan’s Palate, the queens, including Felicia Monet, Angela Lopez, and Ava Gemini, perform to more than 20 songs, and the crowd’s energy never wavers. Their tips, plus ticket sales, raise $2,000 for Families Forward Charlotte, which helps families transcend intergenerational poverty. Late in the show, Valarie—the birthday girl—emerges in a slinky, floor-length floral dress to the opening notes of Heather Small’s “Proud.” She cavorts from table to table, defiantly herself. “You could be so many people,” Small belts through the speakers, “if you make that break for freedom.”

Allison Braden is a contributing editor.