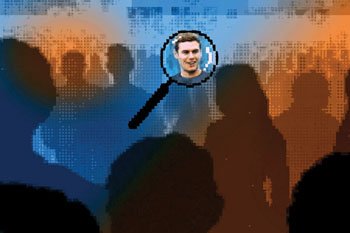 Twenty-four-year-old Kyle Fleischmann has been missing since leaving an Uptown bar on November 9.

Missing-persons cases make the news almost daily, but only a few garner the infatuation of the national media. Usually those are cases in which the missing person is an attractive female, and her boyfriend or husband is under a cloud of suspicion. But for the thousands of other adults who disappear each year, their loved ones are left to keep their faces out there long after the police report has been filed and the search has been called off.

Daniel Scagnelli didn't want the disappearance of his best friend, Kyle Fleischmann, to be handled like just another missing-persons case.
Hours after the police report was filed on November 9, Scagnelli began spreading the word about Fleischmann's disappearance on the Internet.
He sent a message through Facebook, a popular social networking Web site, in the hopes that someone might have heard from Fleischmann, who went missing after leaving Buckhead Saloon in uptown.

"Our friends are spread out all over the country, and I knew posting a message on Facebook was the quickest way to reach everyone," Scagnelli says.

Little is known about Fleischmann's disappearance. Video surveillance shows him leaving the uptown bar alone around 2:20 a.m. An hour later, he made two calls from his cell phone—the first to Scagnelli and the second to his roommate, but he didn't leave messages. It's the last time anyone is known to have heard from Fleischmann, a twenty-four-year-old healthcare recruiter.

"We all believe that someone knows something," Scagnelli says.

More than 68,500 members have joined a Facebook group dedicated to searching for the Elon University grad. A MySpace page was also created to publicize his disappearance, and videos have been posted on YouTube. Scagnelli also spearheaded the creation of www.helpfindkyle.com, a site that gives up-to-date news on Fleischmann's case.

"Facebook and [www.helpfindkyle.com ] helped us get the attention of The Today Show, America's Most Wanted, and Fox national news," says Kyle's father, Richard Fleischmann. "This case has gotten more media attention than any other nonfamous missing person all because of the awareness we've created online."

In fact, one of the latest leads in the case was a direct result of the Web. "The police received a lead from out of state from someone who was there that night and heard about the case on the Internet," Richard says. "Someone saw something but would have never known to report it to the police if they hadn't heard about the case online."

This article appears in the March 2008 issue of Charlotte magazine.
Categories: Buzz > Reality Check
Contest of the Month