It Starts With an Idea

Will one of these proposals be the next great idea that shakes up how charities work in this city? That's up to you 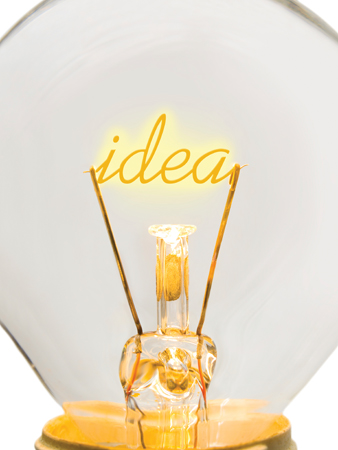 Last summer, this magazine partnered with other local media outlets in an effort called Charlotte Mission Possible (CMP). You've probably heard about it, but if not, there's plenty of information at www.charlottemagazine.com. One of our prime initiatives was to solicit ideas on new ways to help local charities. Anyone could submit an idea. A panel of citizens reviewed the 250-plus submissions and winnowed down the list, and the various partners in CMP reported on the selections.

But there's more. There were plenty of great ideas that didn't bubble up at the panel, ideas that deserve more thought. We've gathered several of them here (edited for clarity). See www.charlottemagazine.com for a link to the full list. See one you like? Jump on it. Will any of these be the next big thing? That's up to you.

I've always wondered how it would work if everyone in a religious community—that's a lot of people in Charlotte—would sponsor one person like a homeless person or someone about to be evicted and work with him or her for a year to help that person get on his or her feet. This person could navigate all the resources in Charlotte with his or her new friend and learn a lot about the system at the same time. I think it would be a great way to get to know each other across financial fences that we build and a way to get to understand the barriers to housing. —Scottie Lindsay

Bert Green (Executive Director of local Habitat for Humanity) and I created a program to build homes using high school students. The program we created somewhat emulated one that began in California many years ago called YouthBuild. Part of the purpose was to teach young people construction skills. I see no reason we cannot create such a program where homeless people learn construction trades by participating in the construction of housing for the homeless and low-income population. —Harry Taylor

We know that plastic bags are a major source of pollution and litter. A surcharge of 2 cents on each plastic bag consumers use for their purchases would not affect anyone willing to provide their own bag but would generate considerable money for charities while at the same time reducing pollution. Part of the revenue could be used for human needs, part for environmental cleanups. —Martha Miller

Every Christmas season there are many efforts to buy gifts for families. I think it would be more meaningful if these families were given gift cards that they could use to buy their own gifts. It will make them feel more empowered. You could give them to folks in a family-friendly shelter and have the shelter organize an outing to Walmart so the adults could buy gifts for their children. —Anonymous

There are over 700 church/temple small vans in this city that are only being used rarely, and there are thousands of elderly people that need transportation to doctor's appointments. Let's match these needs. —Sheryl Owens

Stores in Charlotte could donate 10 cents a bag when a customer uses a reusable bag instead of a paper or plastic  bag from the store. —Mary Ellen Todd

Many not-for-profits receive funding through grants given by foundations, corporations, congregations, and family foundations. Every single grant-giving organization in Charlotte uses a different application form. It would save countless hours if we had a common application that everyone in our community could agree upon. A common application would save us so much time—time that we could then use for pursuing new funding sources for the agencies we serve. —Anonymous