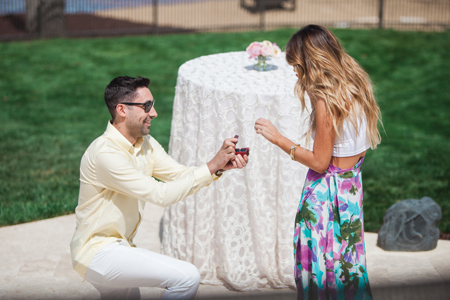 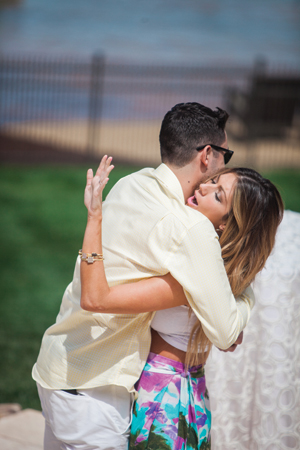 How They Met: Jessica and Michael met through a mutual friend in 2010, but Michael doesn’t remember it; two years later, the same friend reintroduced them. Jessica, an N.C. State grad, moved to Charlotte the following week, and this time, Michael didn’t let her get away.

The Proposal: Jessica, decked out in island flair, headed to her parents Lake Norman home, thinking she and Michael were about to embark on a tropical vacation. When she arrived, the tears began flowing as she saw Michael down on one knee under an arbor of peonies and tulips. Jessica said it was the best day of her life.