The CEO of Duke Energy, can-do visionary, is the most powerful man in town 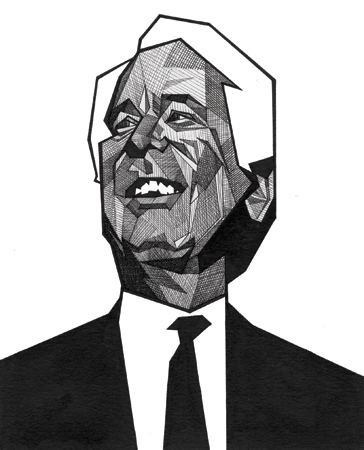 Early on a Saturday morning in September, Duke Energy CEO Jim Rogers stood at a podium in a Charlotte Convention Center ballroom, addressing a few hundred execs from downtowns across the country and around the world who were in town for the International Downtown Association conference. Rogers had just returned from Utah, where he participated in one of many thought-leader conferences he attends, including the Clinton Global Initiative and the World Economic Forum’s annual meeting in Davos, Switzerland.

His day had begun with a 5:30 a.m. conference call, perhaps related to Duke’s impending merger with Progress Energy, which would create the largest utility in the country. Wearing a charcoal suit that brought out his dark eyebrows and a white shirt that played off his silver hair and made his tan jump out, he talked about reducing energy use in urban centers. His most revealing comment came during the question-and-answer session. He was asked for his thoughts on partisan gridlock in the federal government and if he had any interest in trying to help solve it. He paused, smiled, and said that he had to be careful. Then he said, “NGOs, corporations, and local governments are the ones that are going to get things done. I want to be part of the can-do class, not the chattering class. And what we have in Washington is a chattering class.” The room applauded.

It was a classic Jim Rogers moment, showing him to be charming, forthright, and focused on action. It’s those traits, plus a few others, that have propelled Rogers to the top of the local business community. “If you draw a line from Bill Lee [late Duke CEO] to Hugh McColl [former Bank of America CEO] to Ken Thompson [former Wachovia CEO] to Jim Rogers, you’ve created a picture of Jim Rogers’s leadership,” says Charlotte Chamber President Bob Morgan. “The guy has made a huge difference in the city in a relatively short period of time.”

Rogers moved here from Cincinnati in 2006 when Duke acquired Cinergy, which he ran. Almost immediately, he became visible in downtown power circles. In late 2008, Rogers really stepped forward. Just after the crest of the financial crisis that claimed Wachovia and put Bank of America on its heels, Rogers gave a speech. Morgan was there. “He said, ‘Charlotte can be an emerging energy hub.’ I didn’t know what he was talking about, so I went to see him.”

A few months later, Rogers hosted a summit with local business leaders and representatives from some of the top energy companies in the country. Just like that, Charlotte was on its way to doing something that had been talked about for years but never acted on: diversifying its economy. Will Charlotte really become one of the nation’s energy capitals, in the league of oil-rich Texas cities? Who knows? But Rogers has the chutzpah to try.

Talk to anyone around town who has worked with him, and a consistent theme emerges.

“His vision is beyond where most of us are,” Morgan says.

“Jim is wired to be a visionary,” says Michael Smith, president and CEO of Charlotte Center City Partners. Smith is working with Rogers and his team on Envision Charlotte, an initiative to cut energy use uptown by 20 percent and make it the most sustainable center city in the country.

“He thinks a few steps ahead … he’s a visionary,” says Scott Provancher, president and CEO of the Arts & Science Council. Provancher worked with Rogers on the fundraising campaign for the Levine Center for the Arts cultural campus, which Rogers co-chaired. Rogers personally kicked in cash for that, and Duke made both a leadership gift and a closing gift.

Oh, by the way, Rogers also co-chaired the effort to land the Democratic National Convention and is now co-chair of the DNC Host Committee.

At the podium, Rogers took a final question, then closed with a statement. He talked about taking a grandchild to Paris, where they gazed upon the Notre Dame cathedral. It took hundreds of years to build, he pointed out. No one who started building it saw it finished.

“What we need,” he told the audience, “is cathedral thinking.”

Categories: Feature
Contest of the Month