Emergency physicians Laura Martelly and Parker Hays met at Carolinas Medical Center, but what intrigued each about the other was their outside interests. Laura is a yoga instructor and went to art school for photography; Parker was lead singer in the band 200 Joules (named for the amount of energy needed to shock someone’s heart) and has two beautiful children from a previous marriage. Together, they fashioned a heart-stopping wedding.

Choosing the quarry at Carrigan Farms for its dramatic backdrop of dark granite, tranquil lake, and sweep of woods, the bride and groom chose the poem “Letters to Crushes” by Tyler Knott Gregson as a reading. They wrote their own vows for the ceremony, which was officiated by the Rev. Tod Coles of Big Love Weddings. Parker’s sister sang “Feels Like Home” while his nephew played violin during the couple’s tree-planting ceremony.

The couple hired seven-piece band, Emerald Empire Band, to play for the reception, and the band’s saxophonist joined Parker with Laura’s brother on guitar to play a song the groom wrote for the wedding. After a Sunday brunch at the Dunhill, the Hayses jetted off to honeymoon on the Amalfi Coast. 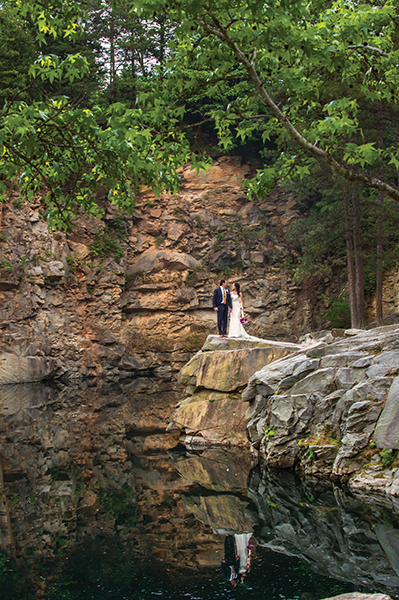 The bride chose her Hayley Paige dress from Hayden Olivia Bridal, appreciating the graceful train and how its three layers of sheer chiffon over lace created a sleek silhouette. “I wanted it to be elegant and to fit my personality and the setting. I didn’t want to be a princess.” 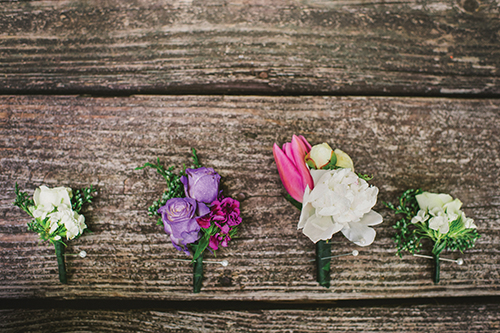 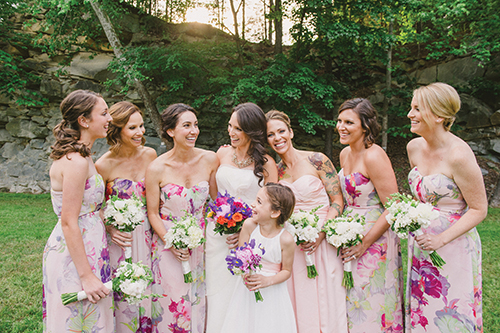 The bride spotted the pink and floral Ted Baker maxi dresses on an episode of The Young & The Restless. Her sister, who got a special floral tattoo for the wedding, chose plain pink in a matching style. 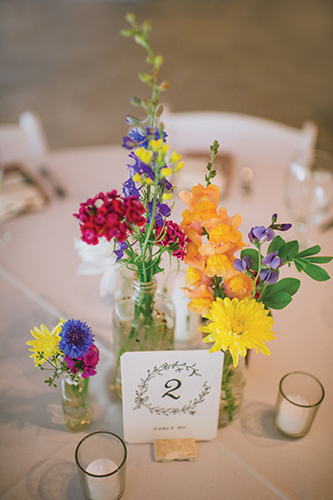 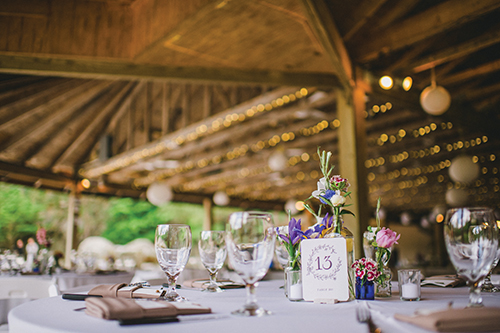 To complement the natural beauty of Carrigan Farms, the couple chose neutrals for their dinner settings. 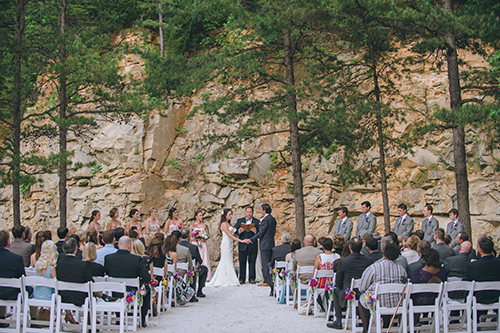 "All our friends were around us, but it felt like it was just the two of us,” says Laura of the venue’s ceremony setting. 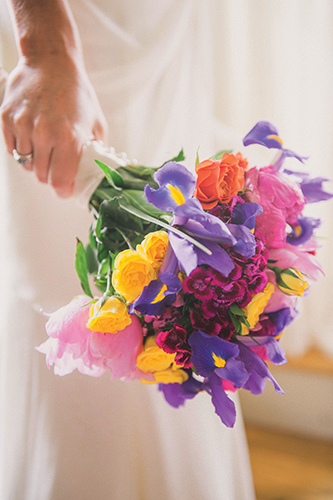 The bride met with Mai & Der Xiong from the Kings Drive Farmers’ Market, choosing jewel tones for her bouquet of blue irises, yellow and orange roses, pink tulips and peonies, and fuchsia dianthus. 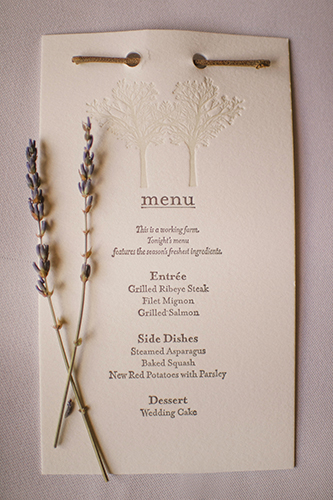 Redstone Press embossed the menu cards with their signature tree emblem, adorned with a tiny twig and sprigs of lavender. 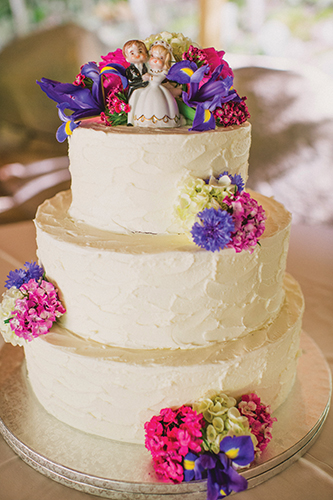 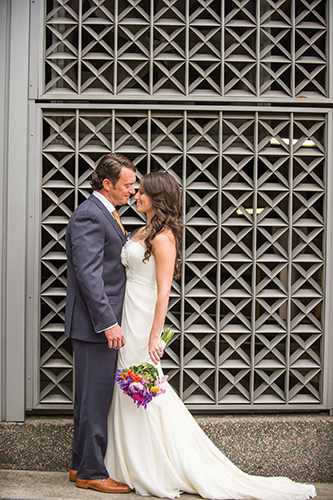 Laura wore a silver charm with a blue ribbon pinned inside her dress, from her parents’ wedding in 1972.