‘Nobody could tie him down’ 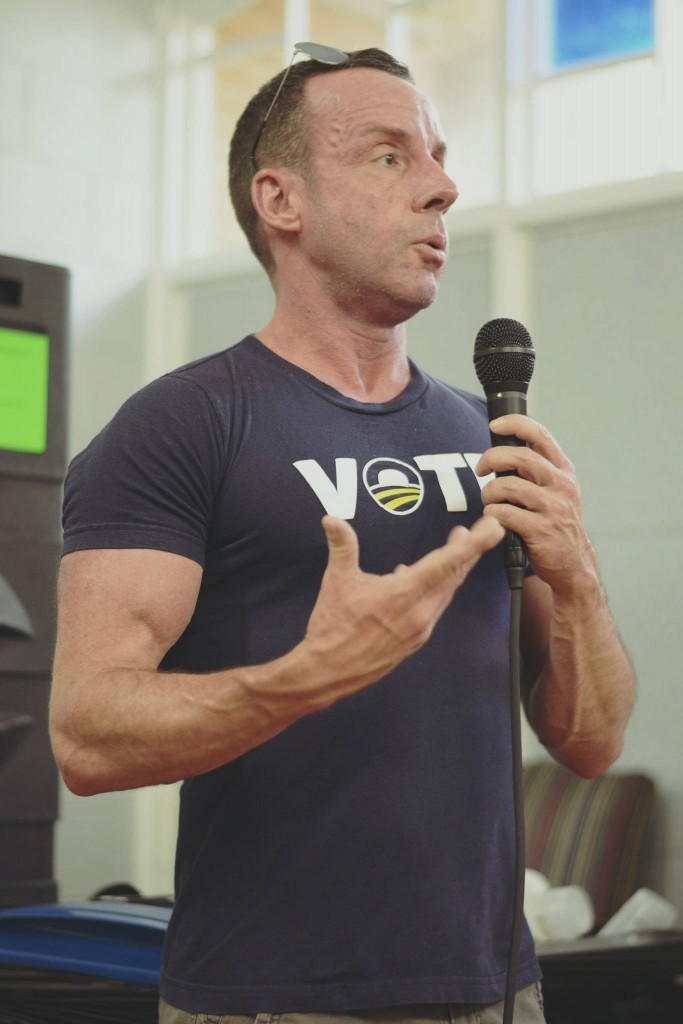 Dan Mauney, a fervent advocate for LGBTQ rights in Charlotte and a longtime style maker who spent decades outfitting the city’s well-heeled women, died Sunday after battling complications from meningitis and a stroke. He was 49.

Many knew him best as “Dan the Shoe Man,” who turned his passion for selling beautiful shoes to women into his livelihood. It took him from Belk to the former Via Veneto shoe boutique in Phillips Place to the former Step by Sloan in Dilworth. In 2013, he opened side-by-side boutiques in South End—SHU shoe store and men’s underwear store Brief, then closed both about three years later.

His fierce sense of humor, unrelenting work ethic, and passion for connecting people, friends say, fueled his leadership in the city’s LGBTQ scene at a time when the fight for marriage equality and equal rights for gays and lesbians peaked.

He volunteered for 20 years with the Human Rights Campaign, spending seven of those years on the organization’s National Board of Governors, representing HRC Charlotte. Twice, he co-chaired Charlotte’s annual HRC dinner, including the 2007 dinner which still holds a national record for attendance.

Mauney was also heavily involved in Regional AIDS Interfaith Network, or RAIN, and was a fixture at the organization’s Gay Bingo fundraising events, where he famously entertained the crowds as a “Bingo Verifying Diva,” or “BVD.”

“Nobody could tie him down,” said Rodney Tucker, director of Time Out Youth and one of Mauney’s closest friends. “He was so kind … He had an energy that is unmatched by many people.”

In 2002, Tucker, Mauney and mutual friend Rodney Hines launched “Takeover Friday” events at popular Charlotte bars and restaurants, with the goal of creating a welcoming atmosphere for local gays and lesbians and sending a message about the economic power of the gay community. Mauney’s Takeover Friday email list grew to 8,000 people.

“He knew everybody in Charlotte. I jokingly called him ‘Queen of Charlotte,’” said Louis Kemp, a member of the HRC National Board of Governors, who knew Mauney for 18 years. “You could tell deep down that his passion and his seriousness about the cause was there, but he always had this overlying joking nature. He would just prod at you about things, but he did it in the nicest way.”

Mauney was raised as the youngest of four siblings in Cherryville in Gaston County. His early years were painful, he told the Observer in a 2013 interview. He remembered being taunted by boys in grade school. “I never fit,” he said.

After high school, he attended Appalachian State University, then transferred to Gardner-Webb University, a Christian college in Boiling Springs, with plans to become a pastor. “I thought going into the ministry would solve everything,” he told Observer. “My prayer was always, ‘I don’t want to be gay. Please don’t let me be gay.’” In 1990, Mauney came to accept that he was gay and shared his journey with friends. A few years later, he told his family.

He went on to get his bachelor’s degree in religion and psychology, but instead of seeking a church job, he moved to Charlotte and started working in retail. His family didn’t understand the career choice at the time, sister Ann Davis told me Monday. “My mom said, ‘I didn’t send you to college to sell shoes,’” Davis said with a laugh.

Mauney was sick for a little more than a year before his death, Davis said, but he kept his troubles private. Friends who followed him on social media wondered about his whereabouts; his usual workout selfies and photos of his dachshund, Chuck Taylor, no longer appeared in their feeds.

A few days ago, as he knew his life was drawing to a close, Mauney and his sister talked about how he’d like to be remembered. “He said, ‘I was a legacy.’ He just laughed and laughed,” Davis said. “I had no clue what a legacy was until yesterday and today” after he died, she said. “My phone has blown up in the last two days.

A graveside memorial service will be held at 10 a.m. Wednesday at Shady Grove Baptist Church Cemetery, 3240 Tryon Courthouse Rd., Cherryville, with the Rev. Keith Hollar and the Rev. Debbie Warren officiating. Due to COVID-19 restrictions, social distancing and face coverings will be required.