RON AND JAN KIMBLE decided on their mission when the preacher at the funeral of their daughter, Jamie, said: This can’t be the end. Her spirit must live on.

Jamie Kimble lived in Florida and worked in sales and marketing for a subsidiary of Charlotte-based Coca-Cola Consolidated, and was preparing to move to Dallas for a promotion. Her goal, though, was to marry, have children, and eventually return to Charlotte. On September 3, 2012, an ex-boyfriend, Luis Roberson Rodriguez, met Jamie at the airport in Tampa, where she was returning from a trip to London. Police later said he had arranged to pick her up and take her home. They fought in the car, and she jumped out; he shot her, then turned the gun on himself. She was 31, and the Kimbles’ only child.

Within eight months of her death, the Kimbles launched the Jamie Kimble Foundation for Courage to raise awareness of domestic violence. Ron Kimble, 66, was Charlotte’s deputy city manager, known for representing the city on high-profile projects like the Levine Center for the Arts and the NASCAR Hall of Fame; he retired in 2017 after 17 years with the city. Jan, 63, is a retired human resources manager. They work with a 15-member board and two part-time employees to keep others safe from the kind of violence that took Jamie’s life. “It’s almost like she’s still alive,” Ron says, “because we get to talk about her and what we’re doing now to save others.”

Here they are in their own words, edited for clarity and space.

Jan: She got so much pleasure and joy being with family. She was a giver. She was also a rescuer. She was trying to rescue this guy.

R: Jan didn’t care much for this guy from the first day.

Three-and-a-half months before she died, Jamie broke up with him. He was in Kansas City. She was on her own and moving forward and having a good time with her life. Over Labor Day, she flew to England to visit a friend. She was due back into the Tampa airport on Labor Day night. 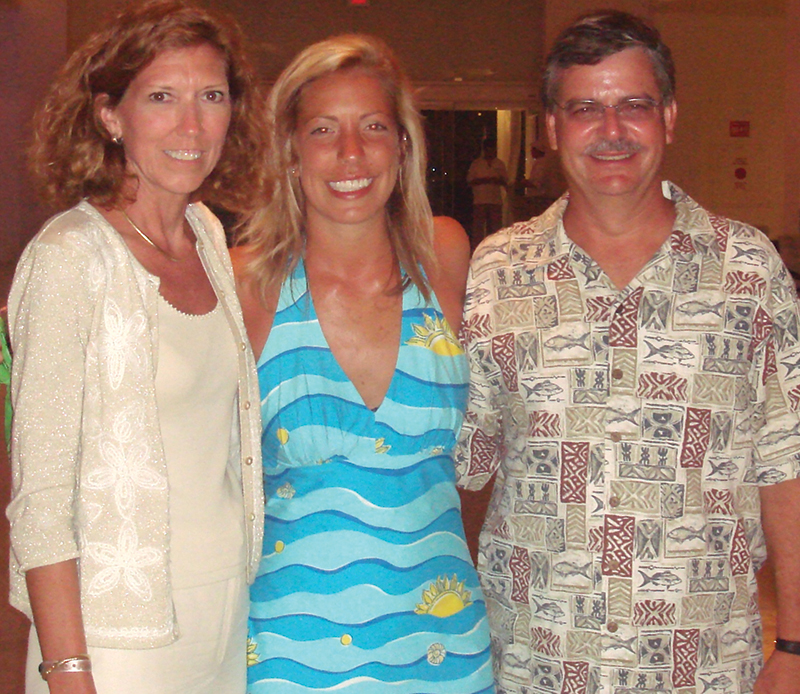 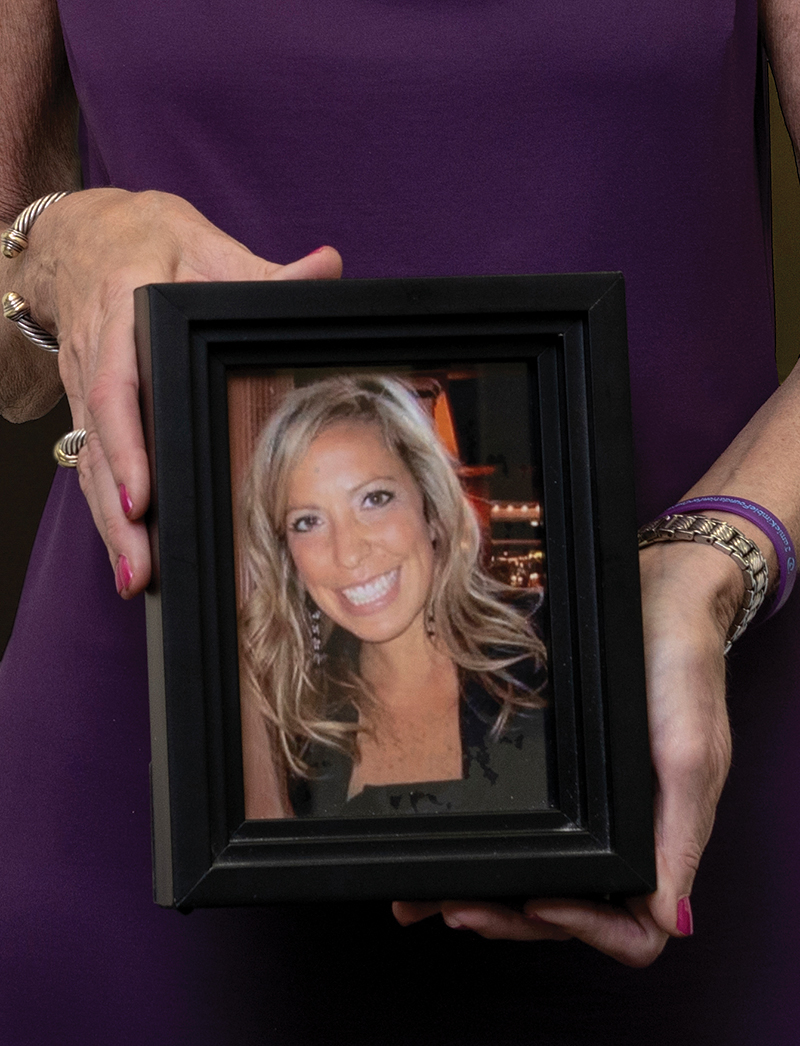 Jan and Ron Kimble founded the Jamie Kimble Foundation for Courage to raise awareness of domestic violence after the 2012 murder of their daughter, Jamie, whose portrait Jan holds above.

R: It was shock, horror, disbelief, the deepest hurt anyone can experience—and thoughts of, ‘Why couldn’t it have been us instead of Jamie?’ We had to spend the rest of the long night finding out from the detective in Tampa how it happened, then contacting all of our family in the Midwest and Texas, and breaking the news to them, and reliving it each time we told a family member. Then the next morning, beginning funeral plans in Charlotte, and a memorial service the following weekend in Illinois. Then a trip to Florida the week after to pack her belongings and bring them back to Charlotte, where they still are today. It was three weeks of walking around in grief, shock, and somewhat of a stupor. During this time, the support of our family, our friends in Charlotte, and the support of Jamie’s friends, was immeasurable.

J: Reverend Shane Page, who was then at Myers Park United Methodist Church, preached at Jamie’s funeral. He said this was not God’s plan. This was her perpetrator’s plan. God’s plan was for Jamie to live. Now God’s plan is for Jamie’s spirit to live so that others might live.

J: One of the things the foundation has done is establish high school domestic violence awareness clubs. The first club was started by Monika Tubb, a science teacher at Myers Park High School and a friend of Jamie’s. Jamie met her working out at the Harris YMCA. She felt this would be a good way to honor Jamie. They do different activities throughout the school year to share with students about healthy relationships. What are boundaries? How do you identify signs of someone who is in an abusive relationship? We are forming additional clubs in high schools. Charlotte Country Day has a great program, Providence High School. And we’re going to hold a Teen Summit on February 1 at Carowinds. We hope to have more than 500 kids.

R: Sixty-five percent of businesses don’t have an HR policy for domestic violence for their employees who might be victimized. We partnered with Bank of America and Verizon to help employees who are domestic violence victims. The goal is to get companies to understand that this is a very big issue and put in place human resource policies.

We also did research on the cost of domestic violence in the state of North Carolina. It’s hundreds of millions of dollars a year—medical costs, absenteeism, loss of productivity, policing costs, incarceration costs, shelter costs. This is a cornerstone of our employer workshop. We don’t just talk about the emotional side of domestic violence. We talk about the business side for your company. The ultimate goal of the foundation is prevention, education, awareness, and research. We want to stop domestic violence before it begins. We want young people never to become embroiled in it. We want people to have their employer help them get out of it.

We’ve also created awareness and education through our annual Women for Courage Luncheon, which is held on or near Jamie’s birthday, April 13, each year. We celebrated our fifth anniversary with more than 1,600 guests, a new Courage to Soar Award, and a message of hope and help. We’ve also funded, in partnership with Wells Fargo Foundation, a study to explore implementing a Family Justice Center in Mecklenburg County, a one-stop shop for domestic violence victims and their children.

I can’t tell you the number of family members and acquaintances who have called us to say, ‘You know, we’ve got a neighbor who’s in an abusive relationship, and I am fearful for their life. I want to help them but I don’t know how to. Would you be willing to talk with them?’

J: If I’m feeling sorry for myself, I always go back and think of Jamie. She would want us to help others and prevent this from happening to anyone else.

R: She never thought he would harm her.

KEN GARFIELD is a frequent contributor to this magazine. A former Charlotte Observer religion editor, he writes for nonprofits and others. He also writes obituaries. Reach him at ken@mpumc.org.

This article appears in the September 2019 issue of Charlotte magazine.
Categories: In Print, The Buzz
Contest of the Month