Kevin Kelly and Dee Huang grew up together in Charlotte. Now, they’re business partners in a takeout bakery venture

In the Strudel Shop’s kitchen, Kevin Kelly stretches a sheet of dough over a stainless steel counter and shakes it in a motion that resembles the rolling of ocean waves. Soon the dough will make up the crust for an apple strudel, which he’ll sell from a sliding window on 15th Street in Optimist Park. But for now, Kevin needs a few extra hands to finish the job.

“Dee, grab that corner,” he tells Dee Huang, co-owner of the Strudel Shop and Kevin’s childhood best friend. Dee chuckles and responds, “Yes chef!” Kevin directs his grandmother Ginger to another corner and me to the last corner. Together we pinch and tug on the flour-covered dough and drape it over the edges of the table until it’s so thin, it looks like tablecloth. 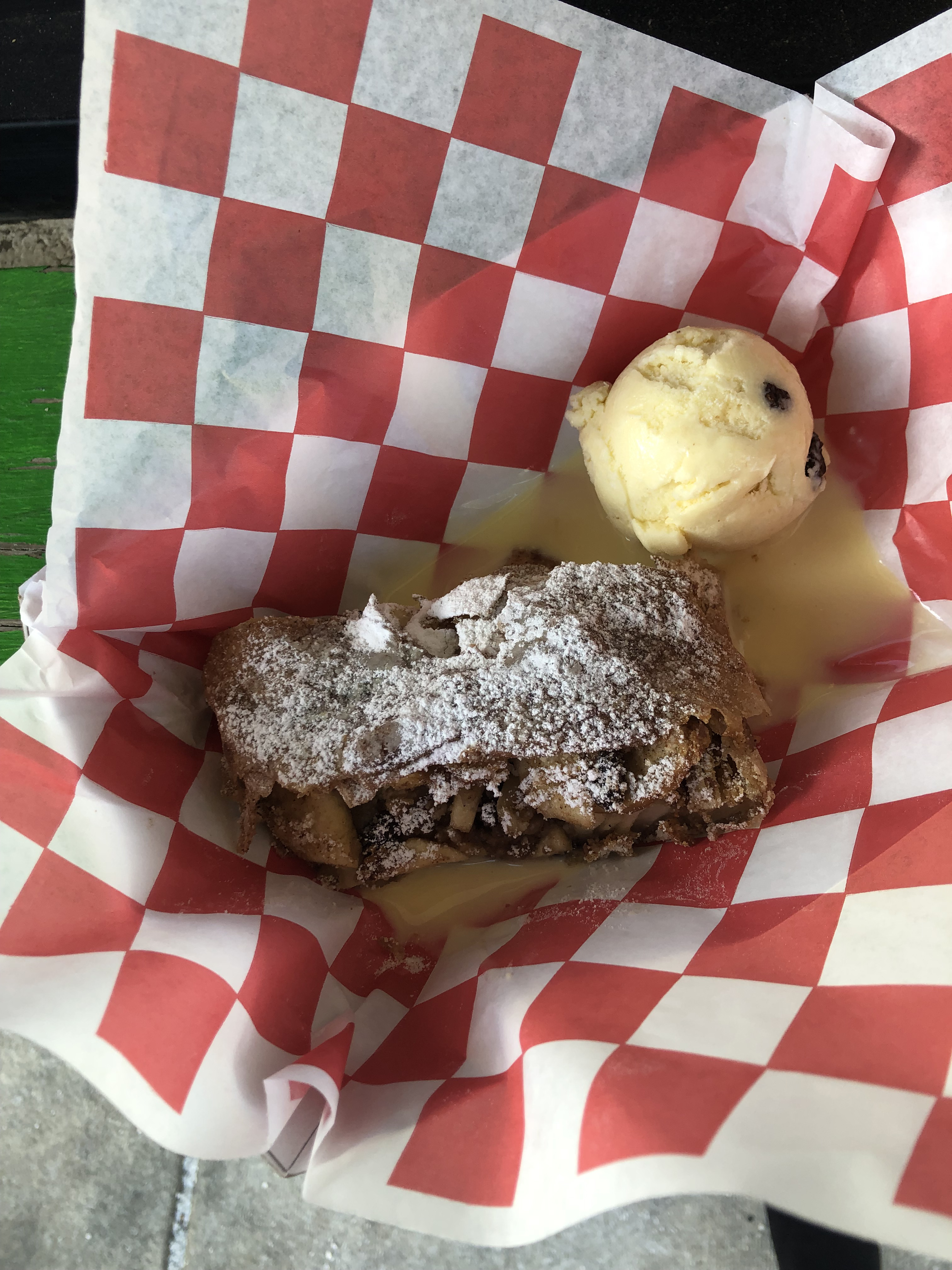 My plan was to interview Kevin and Dee about their new business for a half hour or so on this November afternoon. But Kevin wanted his grandmother, who has always been a big supporter of his pastry career, there too—who needed a ride from Kevin’s mom, so then of course Kevin’s dad and stepmom had to come, too. Tack on a couple friends and the Strudel Shop’s tiny kitchen was at capacity. But two hours in and the room is still full of smiles.

As 86-year-old Ginger helps with the dough, she shares stories of a teenage Kevin baking for holidays and special events—she even brought a couple photo albums to show me. In one picture, taken in the early 2000s, Kevin and Ginger sit next to a display of Christmas cookies, one of many treats Kevin baked for a Christmas party for Ginger’s choir group. “He baked every bit of that in one day,” Ginger says, looking up at Kevin and beaming. “I want to cry thinking about it.” In another photo, Kevin studies a sheet of dough as if he’s inspecting it with a magnifying glass.

Kevin is just as serious with his strudel today as a new business owner in Area 15, a small business incubator just north of uptown. The Strudel Shop opened in early November and offers a base menu of four slices of strudels for $6 each: cinnamon apple (with house-made rum raisin ice cream); berry cream cheese; ham, egg, and cheese; and tzatziki spinach. Dee and Kevin plan to add specials to the menu soon—maybe one with an Asian influence to represent Dee’s Cambodian heritage. 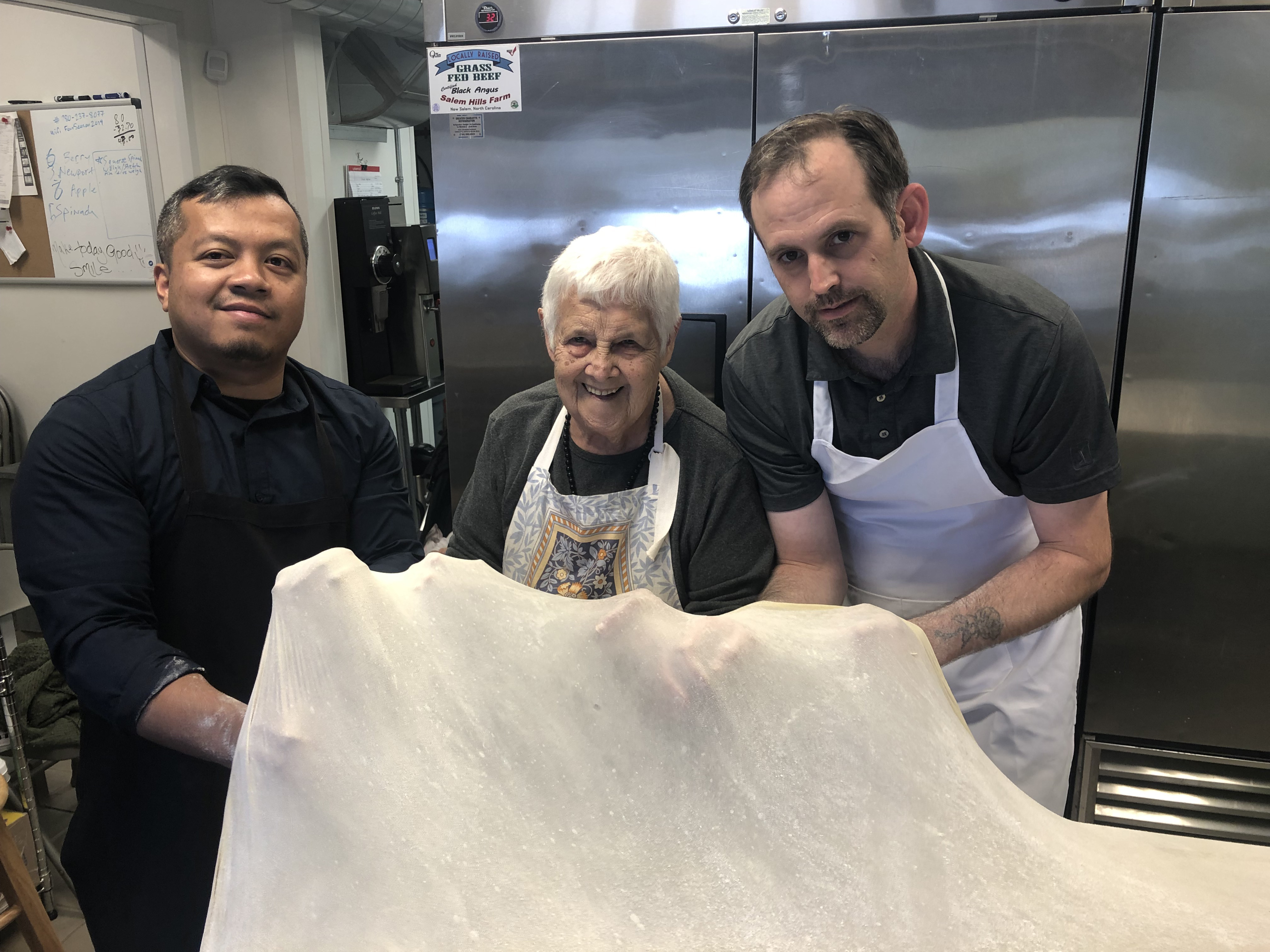 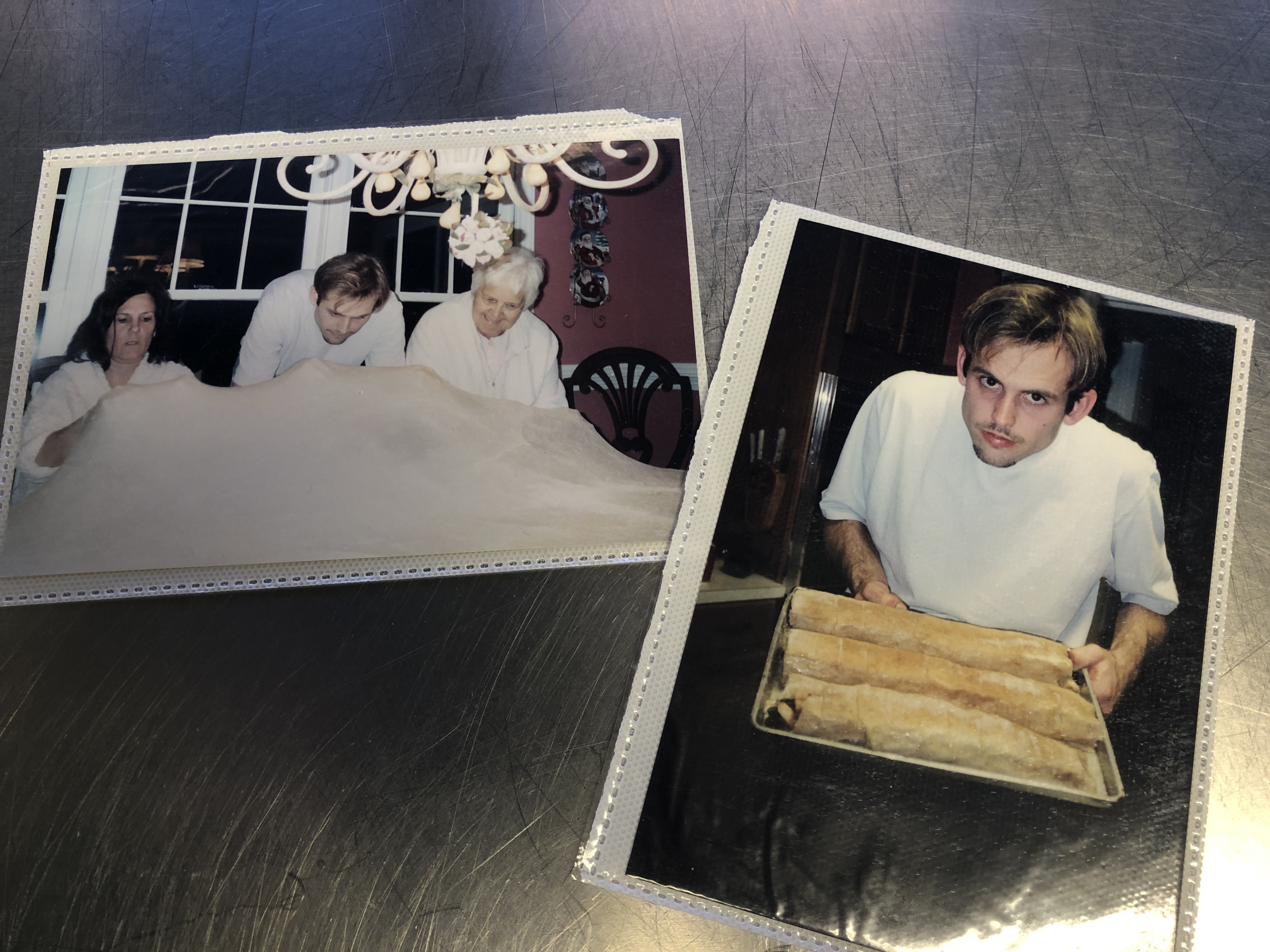 I notice that no one in the packed kitchen has a German or Austrian accent so I ask why they chose to focus on strudel. Kevin cracks a smile, “This is redneck strudel.”

Jokes aside, Kevin and Dee say they noticed a gap in the pastry offerings in Charlotte. There’s French bakeries and Mexican ice cream parlors, but no brick-and-mortar shop to purchase strudel. “We wanted to bring something that people aren’t used to having,” Kevin says. “Americans don’t know strudel.” 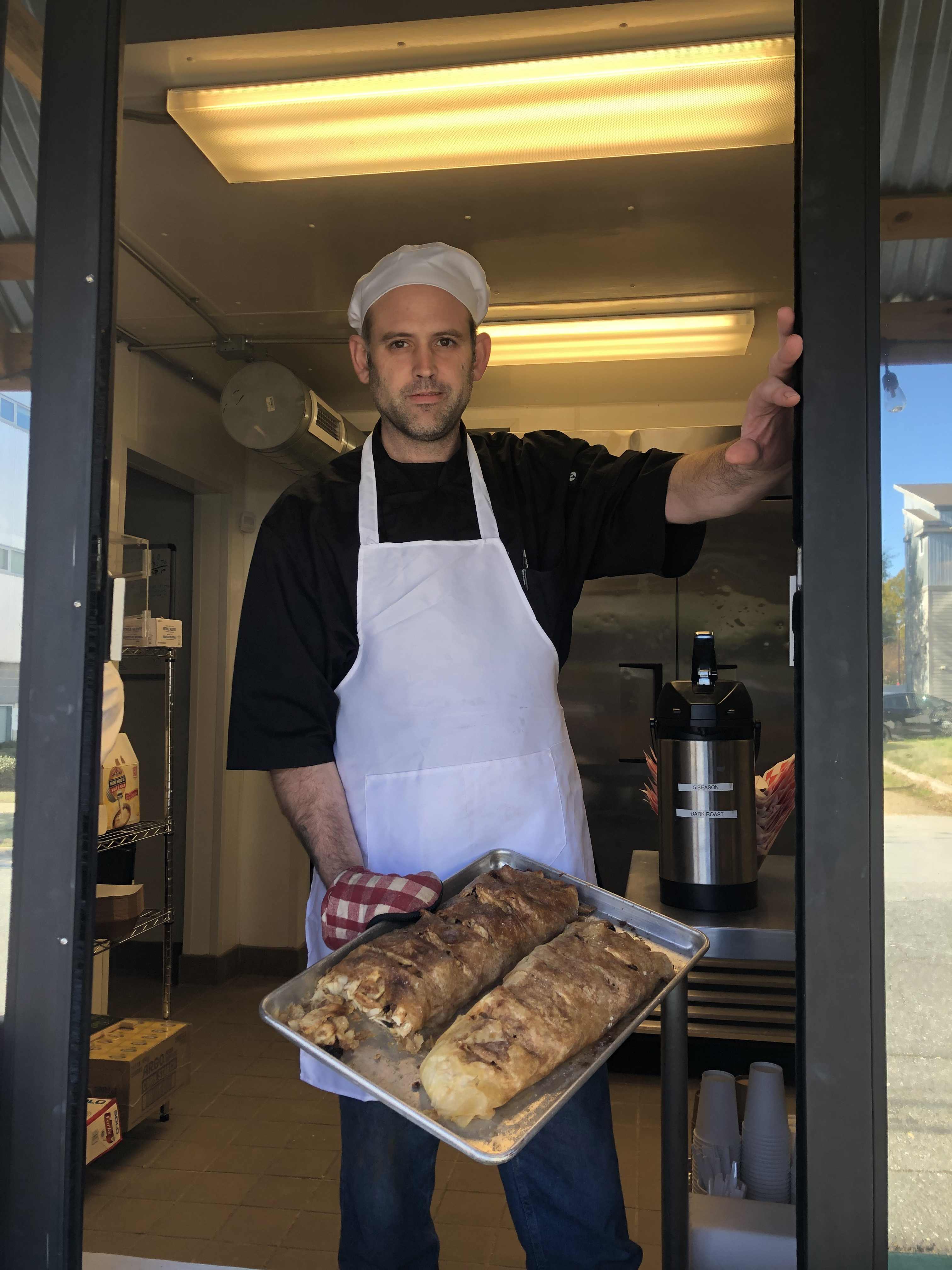 Dee and Kevin chose Optimist Park to open the Strudel Shop because of their own local roots. The two grew up in Charlotte, within a couple miles of the shop—Kevin in NoDa, and Dee in Belmont. They met in elementary school at Irwin Avenue Elementary School (now Irwin Academic Center) and have remained friends since. Kevin even baked Dee’s wedding cake 15 years ago. “I know Kevin’s skill so why wouldn’t I give this a chance?” Dee says.

While Kevin has a culinary degree from Central Piedmont Community College and has worked in kitchens throughout the city (Bistro la Bon, 5Church, and Lupie’s, which his late uncle John Kelly co-owned), he’s also an acupuncturist and the owner of Rising Sun Acupuncture. Dee is a supervisor at the Charlotte-based manufacturer APLIX. The Strudel Shop is open from Thursday to Sunday, but the two hope to extend hours eventually.

The Strudel Shop also sells whole strudel logs for $30, and they’re still taking orders for Thanksgiving and Christmas so you can share the “magical” strudel, ask Ginger calls it, with your own grandma … and mom, dad, and stepmom … and friends, too.