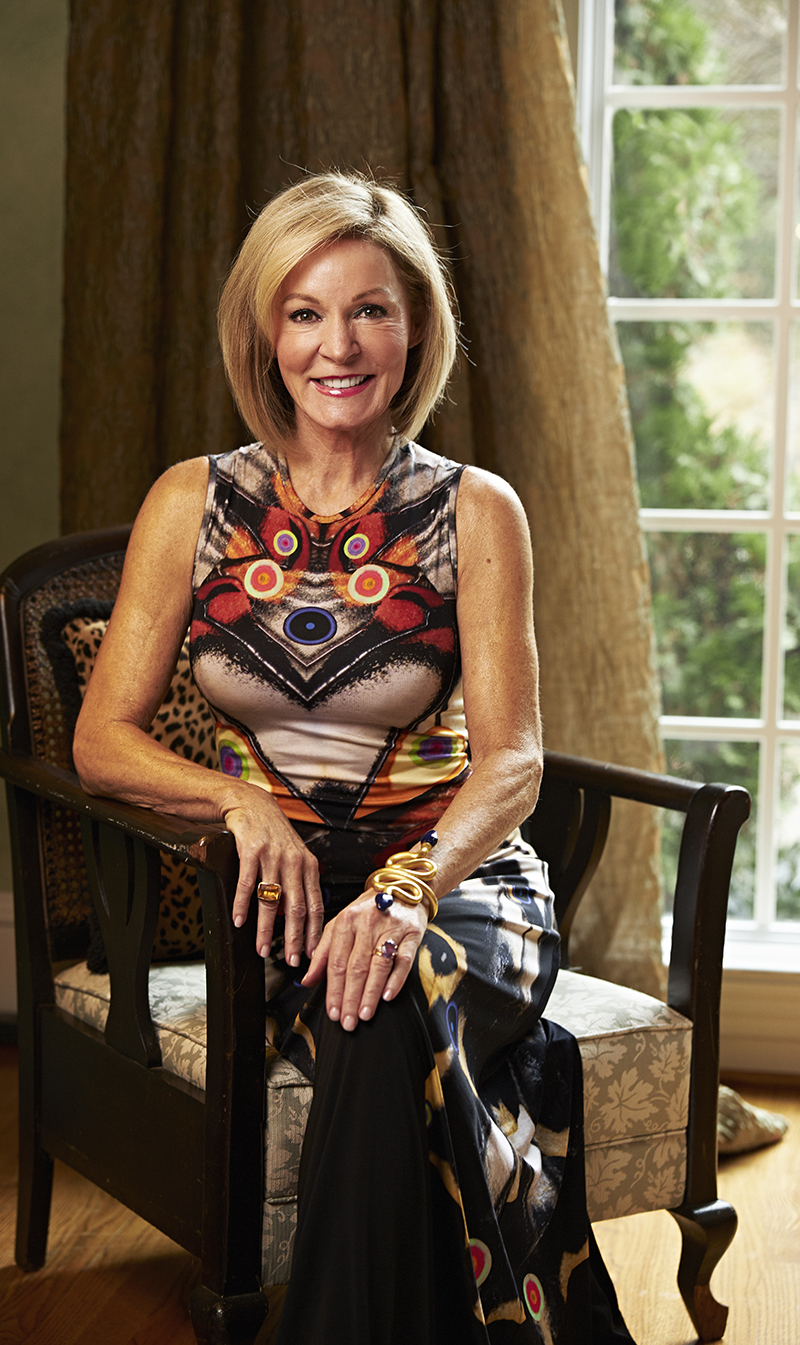 AS STUDENTS FILE IN for a class at Eastover’s Hilliard Studio Method in early 2019, one of the first things they see is a message in all caps above a wall-sized mirror: “BE POWERFUL.” Then they see a smiling Liz Hilliard—the 66-year-old creator and, with her daughter, Clary, co-owner of HSM—as she leads a group of women (many half her age) through one of the city’s toughest workouts and navigates one of the hardest times of her life.

In 2018, Liz and her husband, Aubrey Hilliard, separated, and she fell in love with a woman. Lee Kennelly is director of training for HSM, and she, Liz, and Clary had been friends for seven years before she and Liz started a romantic relationship. Rumors swirled and threatened the business Liz and Clary had started in 2008. “I was in a terrible, scary place,” Liz tells me as she sits cross-legged on her living room couch. “But almost every hard thing that’s ever happened in my life has also been the greatest thing that’s ever happened.”

Now that their relationship is in the open, Liz is considering writing a book (her second) about the experience. She also plans to expand HSM’s online presence and open other studios outside of Charlotte. In November, Liz and I talk about where she fits into the LGBTQ+ community, the “modern family” she’s built with Lee and Aubrey, and how she remains confident through it all. Here she is, in her own words, edited for clarity and brevity.

VANITY WAS A GREAT MOTIVATOR for me. I didn’t want to look bad, but equally, I didn’t want to be in the hospital. My genetic code looks like I should be overweight with heart disease and vulnerable to strokes.

I WAS THE LAST CHILD of three. I grew up as an afterthought. My sister was an Angier B. Duke Scholar at Duke University, full ride. My brother went to Carolina, no problem. I was a C student in high school. My self-worth was so low. I thought I was stupid. I wasn’t.

THE BEAUTY OF COMING UP with such low self-esteem was that I found that being active was my escape. Having really low self-esteem helped me to become who I am now and to have an extremely high confidence level, knowing that the vulnerability in every single person is really their power.

I PARTIED MYSELF OUT OF ELON (University), but mostly I just didn’t think I was good enough. I pulled myself out and went to Central Piedmont Community College for dental hygiene school. I made straight As.

BACK THEN, like ’78 or ’77, I was the only dental hygienist in Charlotte who was working on commission for two different (dentists). I was hustling, working six days a week. I had nice cars. I was in a nice apartment. Then I met my husband, got married, and went, ‘Oh, good. I’m not going to work now.’ That lasted about six months, and it was the most boring thing I’ve ever done.

SO I STARTED MODELING at 30. I became the everyday-looking girl. I sat on La-Z-Boy chairs and made $150 an hour.

I NEVER WANTED TO HAVE CHILDREN. But one day I woke up and went, ‘I am going to have a baby.’ I had Clary nine months later. She’s the love of my life. Everything I did from then on out was for her, including Hilliard Studio Method.

IN 2008, I started Hilliard Studio Method, and it was going great. All of a sudden, I saw Pure Barre pulling into town. I knew exactly who they were. I went, ‘Oh, they’re going to kick my ass.’ Remember, I have this child inside of me going, ‘I’m not sure you know what you’re doing.’ So I got real scared for about half a day, and then I went, ‘Hold up, I’ve got something they don’t have. That’s me.’

I DIDN’T ADVERTISE. I didn’t have a studio. I started leasing out of Myers Park Baptist Church. I never even had a business plan.

LEE CAME IN (around 2011), and Clary goes, ‘I really like this girl. She would be a good teacher.’ I couldn’t remember her name or anything, and I’m really good at names. We all got to be really good friends. 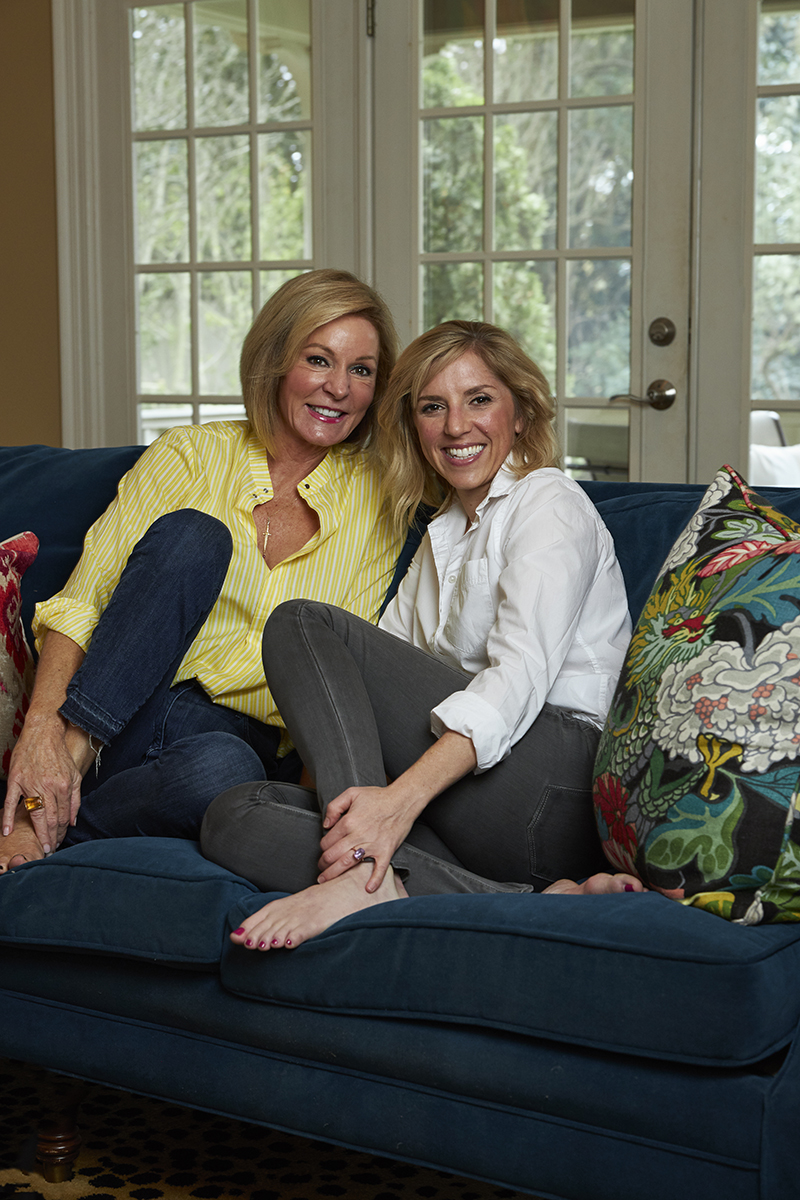 I HAD NEVER HAD FEELINGS FOR A WOMAN, and not only that, she’s younger than me by 25 years. Every single thing I used to make fun of old men about, I’ve done: Younger woman. Employee. All that good stuff.

WE FOUND EACH OTHER in this firestorm of our marriages falling apart. She gave me a hug on one of my worst days and something happened. I just never had a feeling like that. It was love.

NOW THAT AUBREY AND I are not together, he is Lee’s biggest supporter. That’s how real our love was. Sometimes you love each other so much, you let each other go.

WHEN THE RUMOR GOT OUT, I got pneumonia and salmonella within the same month. My body shut down. I was mostly worried about Clary. To this day, I’m still very conscious of how this relationship affects her on a day-to-day basis. Aubrey is fine with it. We all went to his house for Thanksgiving last year (2018), and we plan to be together again this year (2019). We’re just this modern family with my grandchildren. I’m making it sound so tidy, but it’s so not tidy. It’s so messy.

IT’S FUNNY because people come up to me and they’re like, ‘Oh my God, you’re such an inspiration to the LGBT community.’ And I’m like, ‘Really? Is that right?’ I don’t feel like I’m a lesbian. ’Cause this is the funny thing: I’m not attracted to women at all. Just Lee. And I am attracted to men. I never liked to be pigeonholed anyway. To me it’s just about the individual.

BEING AUTHENTIC is about paying attention to who you are. If something happened to Lee, I’m not going looking for another woman. I’m just going to be me. If you can open yourself to real love, the world expands in insane ways. Nothing gets easier. It just gets more colorful and joyful and peaceful all at one time.

IF LOVE DOESN’T MAKE YOU FEEL like you can absolutely do anything in the world, then keep walking, keep moving. Go to that next one. Who knows how long we’re all here? I’m so excited that I’m 66 years old and I’m sitting here and I actually have lived this long.