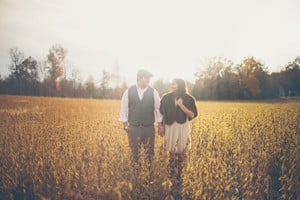 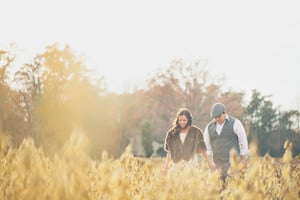 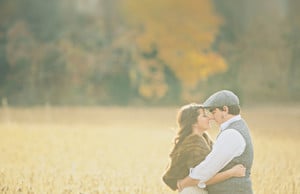 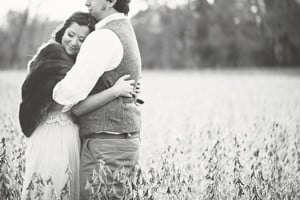 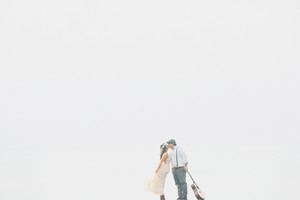 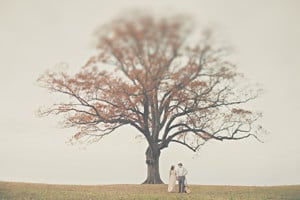 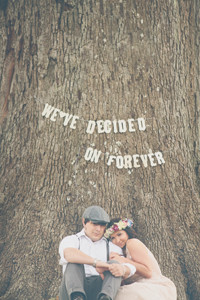 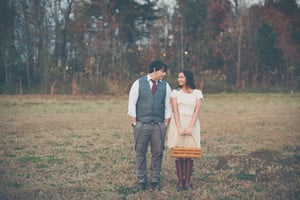 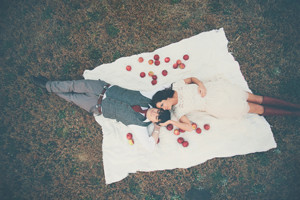 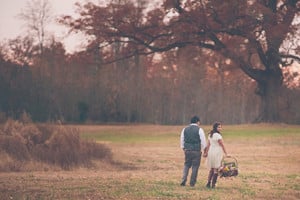 Their meet-cute: Although sparks first flew back in high school, they didn’t get together until years later. In true When Harry Met Sally fashion, other relationships and other cities (she in Charlotte and he in Wilmington) kept them apart until they found each other again with the help of a friend. Making it official Labor Day weekend of 2007, Jessica remembers turning to Sean and asking, “What took you so long?”

The proposal: On July 26, 2012, Sean got down on one knee in the parking lot at Jessica’s school, turning “just another Thursday” into something so much more.

What makes it great: “From a shooting standpoint, one of the most creative aspects of the shoot was in the use of the tree and the negative space surrounding it,” says Cheyenne Schultz. “It is such a dramatic, huge tree, so using it as a backdrop was a lot of fun.”

What the couple loves about the shoot: “It kind of had a storytelling element to it and really encompassed us as a couple,” says Jessica. “We’re both free-spirited and have a love for all things vintage, whether it be photography, antiques, or clothing from a thrift shop.”